Pretty pinays roam Raymen Resort in Guimaras, the island province we call home. What more could a crusty old expat who has lived in the Philippines almost six years desire? A beautiful asawa, a sunny day on the beach, a cold bottle of San Miguel Pale Pilsen and not a care in the world. Sure, I got a sunburn as I walked along the white sandy shores but it was my desire, as CEO of Philippines Plus, to get as many photos of lovely ladies as possible. It’s a sacrifice I make for my faithful readers.

We arrived at this beach resort in Western Visayas early Sunday morning. Saturday or Sunday is a great day to visit, though more crowded than a weekend, it offers more photo opportunities. School was not in session yet, however, so South Korean students from nearby Panay Island, home of Iloilo City, were not on the beach that day.

The South Korean ladies are more apt to wear two-piece swimsuits whereas the local Filipinos dress more modestly and rarely wear bikinis. Many Filipinas will wear blouses or t-shirts over their swimwear like my sister-in-law Alida, pictured below. 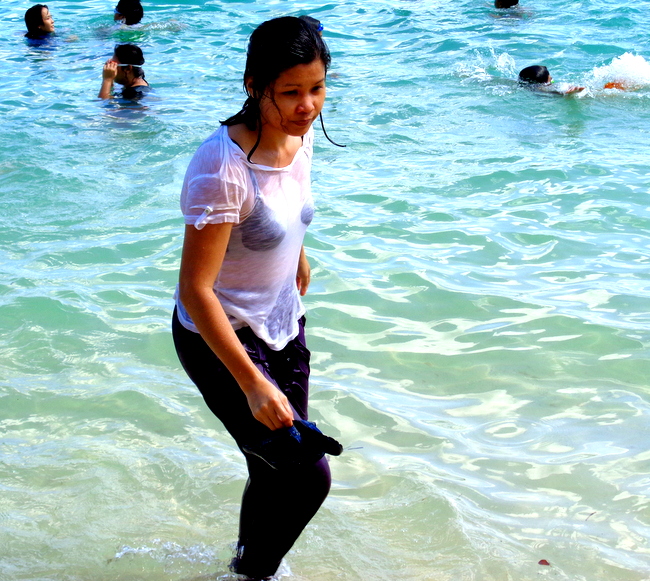 Even an outfit exposing a bare midriff, like the Filipina in the middle of the next shot is wearing, is uncommon. This isn’t Boracay, where skimpier outfits might be worn, but Guimaras, a rural province where bikinis are about as rare as an honest politician. 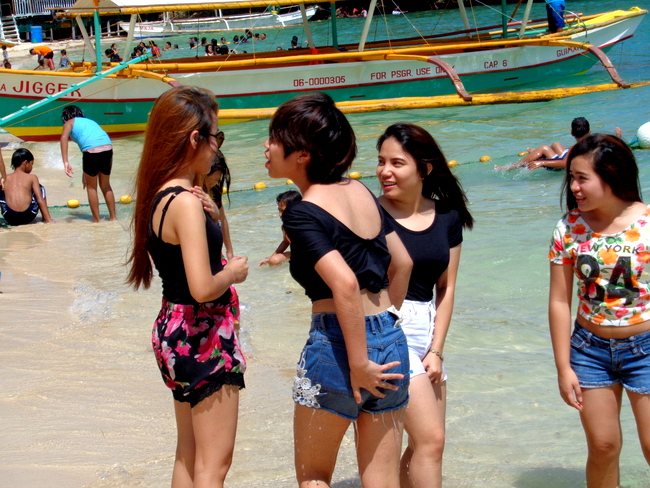 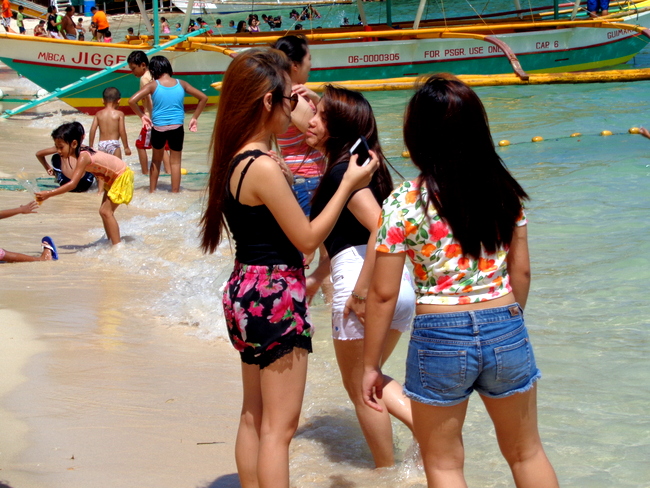 The pretty pinays eventually went in for a swim in the outfits shown above. 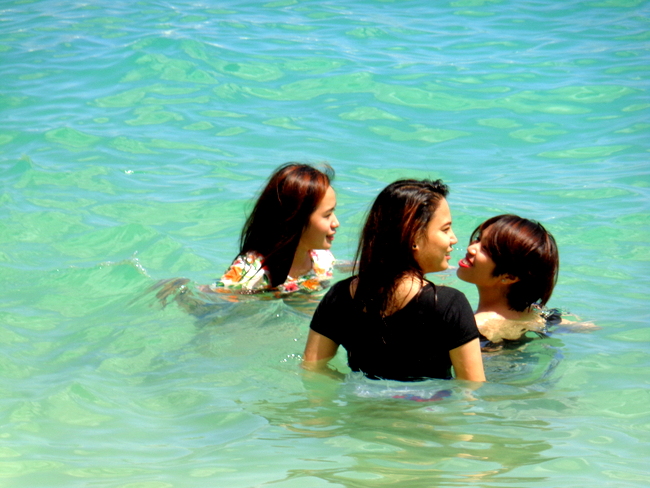 This cute Filipina was taking a selfie. 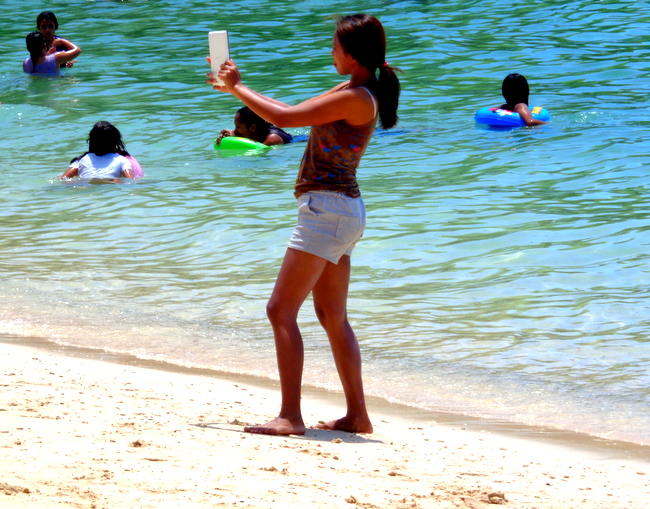 The young lady shown in the next picture was wearing a two-piece swimsuit and outside of my own asawa, was one of the prettiest pinays on the beach that day. 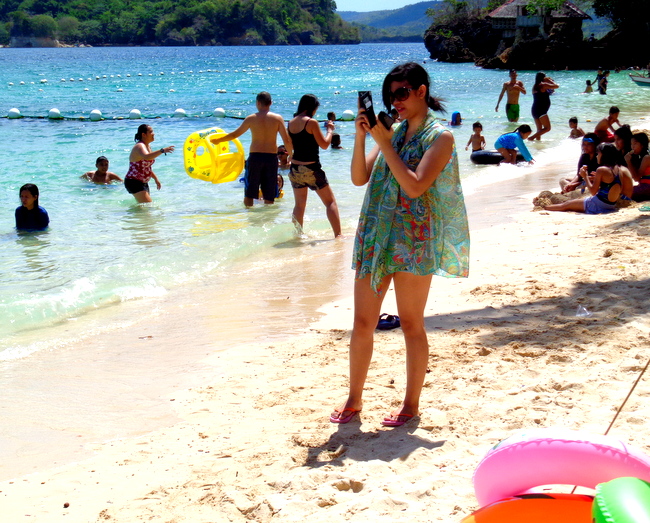 The two young ladies on the right in the next shot were getting ready to board a boat to go island hopping. 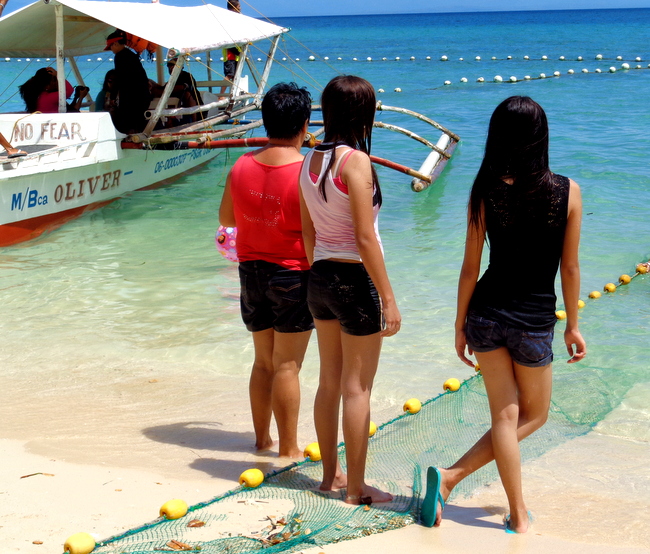 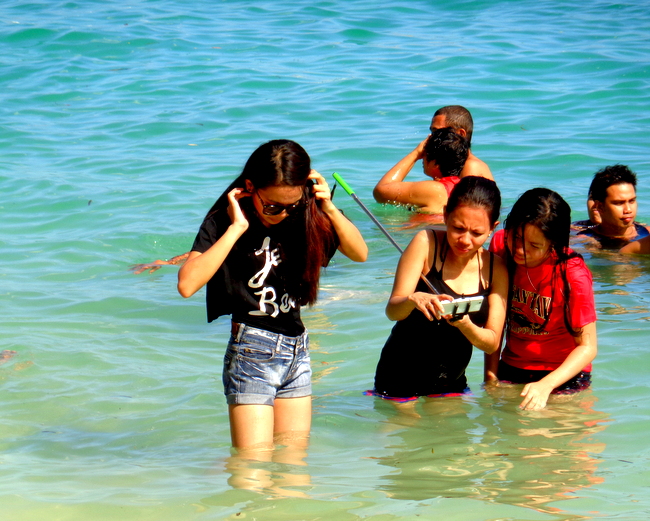 The Filipina in the next photograph allowed me to take a picture of a henna tattoo she had just gotten. Henna tattoos are a temporary skin-staining procedure using henna dye products. 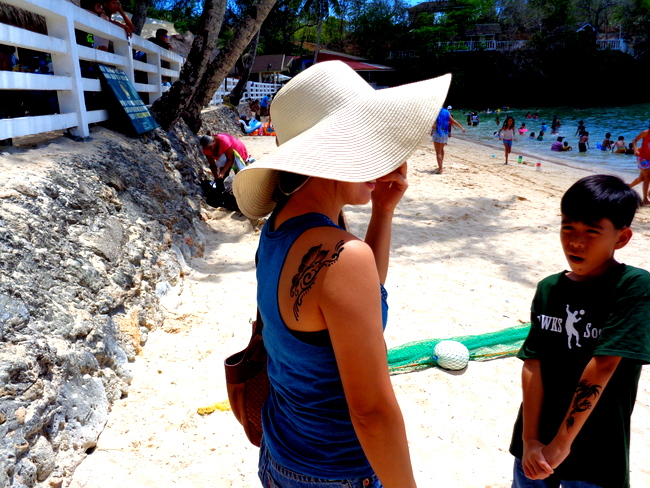 Here’s a trio of pretty Japanese ladies who were at Raymen Beach Resort. They graciously posed for this picture. 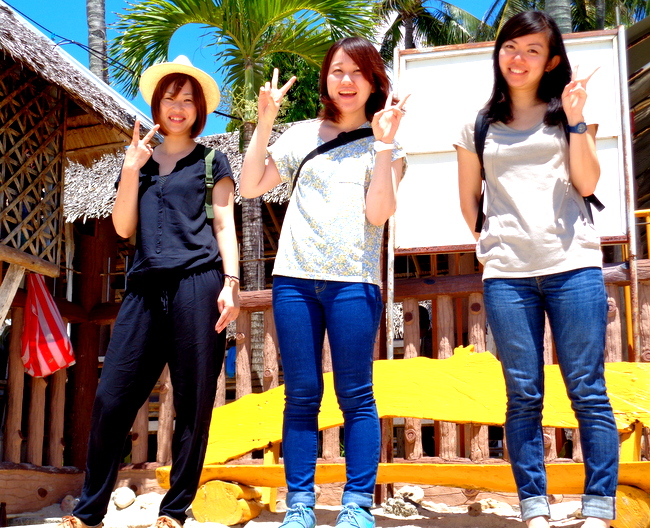 And here’s my own lovely asawa, striking a similar pose to the Japanese ladies. She loves going to the beach, as do our nieces and nephews and other relatives, and she had a good time. She’s a good swimmer, unlike her kano husband, who cannot even float. I managed to drink only two bottles of Pilsen that day but I did drink a couple of liters of water. It was a typical summer day in the Philippines that was hot enough to melt the gonads off a brass monkey, despite a pleasant breeze that occasionally provided some much-needed relief. 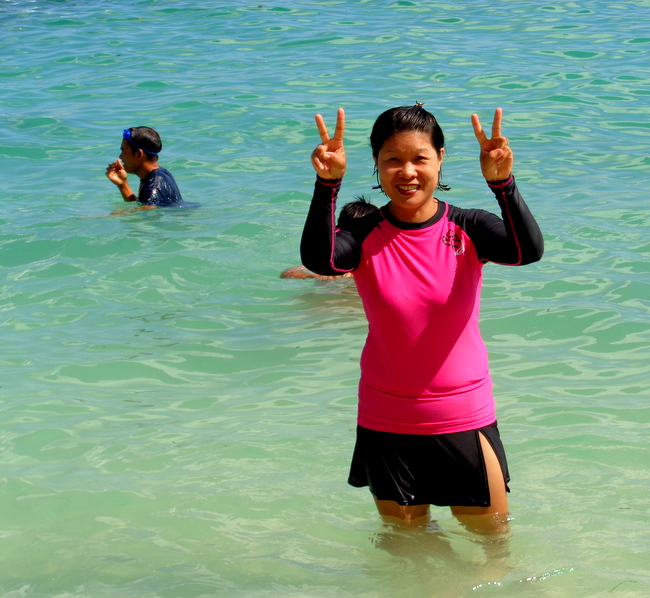 Pretty pinays roam Raymen Resort. What more could a guy ask for?