Our 14-year-old nephew, Sharwen, seen in the lead photo, is headed for a career as a fashion model,  a sort of Filipino “Farina” from “Our Gang.”  Thanks to some late night shenanigans from his cousins, April and Michelle (also seen in the picture), our nephew has been subjected to hair styling sessions which he seemed to be a willing participant in. 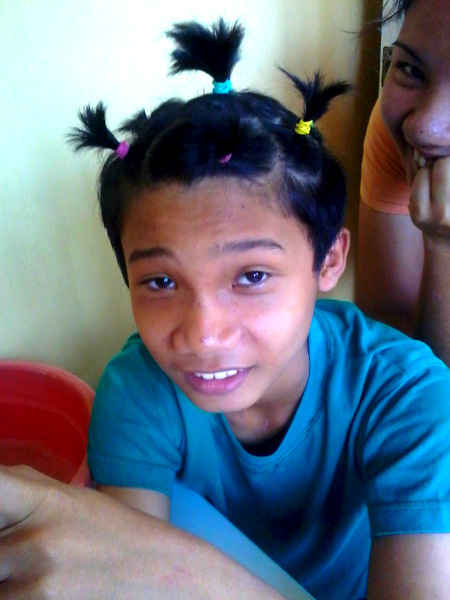 Sharwen is actually smiling in the photo. He spends most of the time at our house, at least while his Uncle Dave is awake, saying nothing, usually sporting the following dour look. That’s him, second from the left, during a recent Guimaras Island Hopping Tour. My scouts, nieces April and Michelle that live with us, inform me that my nephew can be quite the joker, as evidenced by his new Farina-inspired look. 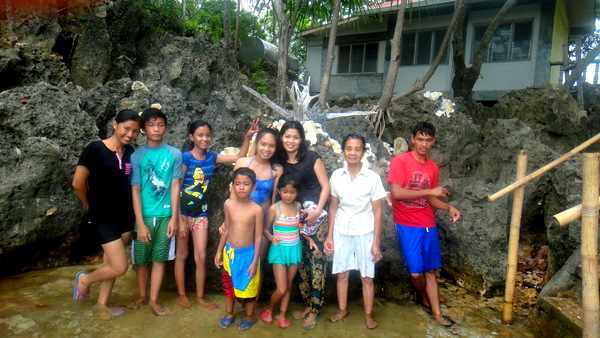 Anyone remotely close to my age, 61, and who grew up in America, surely knows about “Our Gang” and “The Little Rascals.” I doubt you could find them in TV’s vast wasteland anymore because the episodes were filmed in black-and-white and probably now would be outlawed by the “PC Police.” 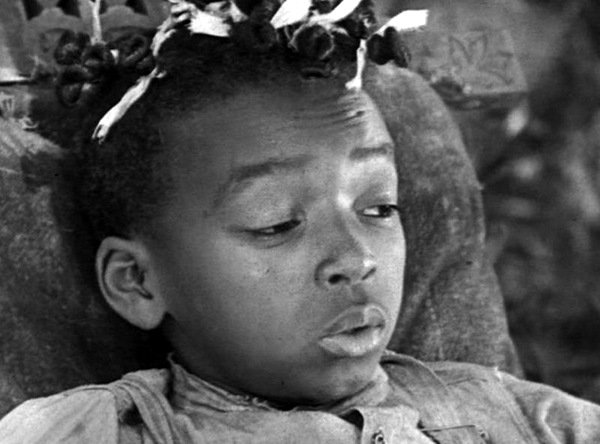 (Farina from “Our Gang”  Photo source: Some Came Running) 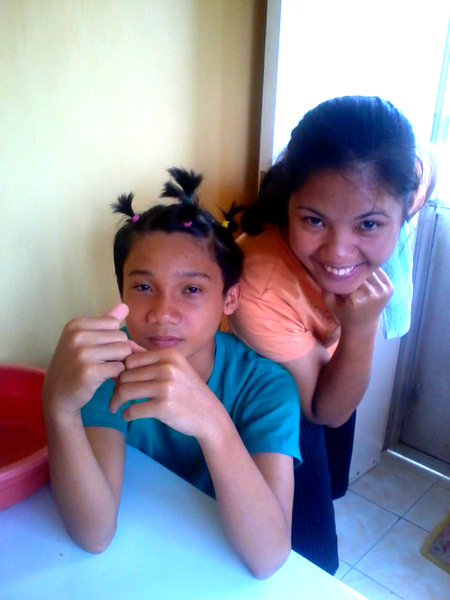 Michelle posed with her cousin as April snapped the picture.  This Filipino Fashion Model made his debut several months ago. I was able to download these shots from my asawa’s Samsung phone the other day and discovered these gems.  If I hadn’t seen these photos, I wouldn’t have had a clue that this kind of stuff goes on while I’m sleeping. 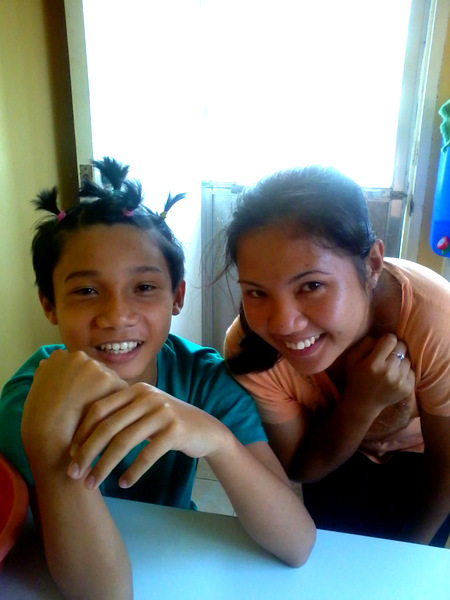 Thankfully, Sharwen didn’t go to school with his new look. I think the kids were bored one weekend night before we purchased the new television for our sala, living room. Uncle Dave and Tita Daday (my wife) owned the only set at that time and it is parked in our bedroom. It’s hooked up to our Cignal satellite dish and many of the programs we receive are in high-definition. The picture quality rivals anything we had back in the States.

With Michelle working six days a week at the local Savemore, I think she’s been too tired to participate in any more styling shows for our future Filipino fashion model. Sister April has been a “floater” at her latest job as a telemarketer in the Philippines and is currently employed on a  part-time business. She hasn’t worked in the last few days.

With school back in session, nephew Sharwen and her sister, Shaina, now in her last year of high school, don’t have as much free time. I get them up at 5:00 am now instead of 4:30 so they can catch a ride with James, an American expat friend that lives in our subdivision.

The kids have chores to do before they start school and meet James, who has a niece that goes to the same high school as our niece and nephew, at the gate to their subdivision enclave at 6:30 am.

I’ve advised James that if the kids aren’t there on time, take off. I won’t tolerate them being late. But I can guarantee you that they are always punctual.  And this school year the two have seemed to abandon “Filipino Time” and are actually moving at a faster pace than last year. I’m impressed.  And if nephew Sharwen shows any signs of slowing down, I might just have to threaten to release his “Filipino Fashion Model” pics to his buddies at school. That should motivate him to pick up the pace.

5 thoughts on “Our Filipino Fashion Model”