My niece April is a telemarketer in the Philippines. The Urban Dictionary defines a telemarketer as “a heartless cretin making minimum wage whose job involves calling prospective clients to sell them goods or services they don’t want, can’t afford and have no use for.” 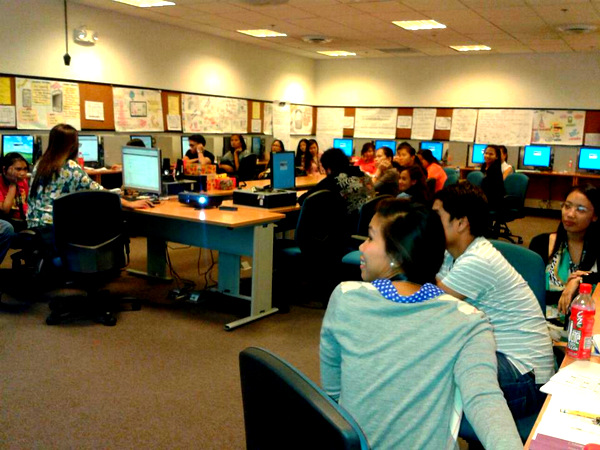 A bit harsh? Perhaps. My niece is one of the sweetest Filipinas (aside of my wife) that you’ll ever meet. I don’t consider her a “heartless cretin.” But before she took this new call center job in Iloilo City, my niece had no idea what kind of negative responses she would encounter from her American customers. After two weeks on the job, she does now.

I knew my niece had a new job. She had resigned from call center giant TeleTech  two months ago.  April, 19, and her twin sister,  Michelle, live with us in our subdivision outside of Iloilo City. They both call me “Dad.” Rest assured, “Dad” was extremely disappointed when he heard the news. My daughter?  A quitter?

April was giving up a prodigious paycheck.  P12,000 a month. 284 US Dollars.  That’s twice what her sister is making as a cashier at a local SaveMore in Iloilo and Michelle works six days a week. April was only working five.   Plus, my niece had an opportunity to become a full-time employee with the call center after a year.  Michelle has a five month contract. 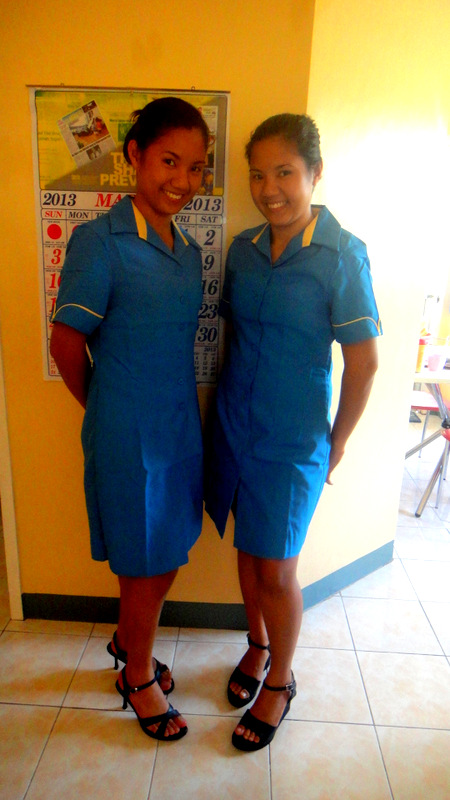 But why did my niece call it quits with TeleTech?  Jobs are hard to find in the Philippines, let alone one that paid as well as April’s did.  After four weeks of training, April started handling live calls from T-Mobile customers in the United States.  She survived her first week out of training but told her Tita Daday (my wife) it was a demanding, stressful job.

When I heard about the stress complaint, I tried to coach April:  “Do your best.  Don’t take what your customers say to you personally.  Yes, you’ll encounter some rude customers. And you’ll talk to people that won’t be happy that you’ve taken away a job from an American. But deal with it. And always be polite.”

April started her second week that next Monday. A few hours later she was already home. She resigned. Negative customer feedback from her first week of taking live calls convinced her she was going to be terminated. Told me that if she did not formally resign, she would not receive her last paycheck. As it is, she still has to wait three months for that last check. Why? “It’s the Philippines” said my wife.

I was extremely unhappy with my niece’s decision. I felt April should have stuck it out and,  if necessary,  force the call center to fire her.

(April was recognized by TeleTech as “Miss ShyLent.”  She is neither “shy” nor “silent.”)

Several weeks passed by when a former co-worker and friend from TeleTech told April that a company called Avatar was hiring.  I assumed it was a call center job in the Philippines much like  the one she had resigned from.

When I asked April who her customers were going to be in America she told me “everyone.” “Everyone?” I repeated, “how can everyone in America be your customer.”  But I decided to drop it. She was making a whooping 56 pesos per HOUR (1.32 US Dollars.)  I didn’t need to know any more at that time.  She was earning big bucks in the Philippines.

But my niece has been on the job for two week’s now, so I decided to find out more about the company she works for.

That’s when I discovered she is now a telemarketer. She “pre-qualifies” seniors 62 or over for “Reverse Mortgages.” If the potential custom meets certain criteria, April asks them if they would agree to be transferred to another agent. “A closer?” I asked. “Yes, a closer,” she replied. “Is the closer in the Philippines or America?” I inquired. She did not know. My guess is that the closer is probably in the States.

I told my niece that I’m sure a lot of her customers tell her that they want to be put on her company’s “Do Not Call List.”  I signed up for the “National Do Not Call Registry” when we lived in Central Illinois.  I absolutely hated getting calls from telemarketers during dinner time. She said many of her customers made that request right away.

The calls are all computer-generated.  April has made some successful call transfers to the closer’s and replaced one young man who was terminated after a week. She had been a “reliever,” someone who filled in occasionally, before her former co-worker was let go.   Here are the “three strikes,” written warnings, that will get you fired:

Avatar has a large operation in Iloilo City. They have a total of three branches with a total of 500 employees. April’s office has around 200 Filipinos employed. April tells me that the job is just as stressful as the call center job with TeleTech, but she’s going to keep trying and do her best. And isn’t that all a “Dad” can ask of his “daughter.” Even one that’s a telemarketer?

24 thoughts on “April, Telemarketer in the Philippines”