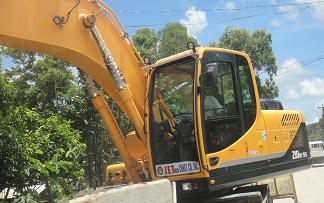 The road crew in Guimaras, the island province in Western Visayas that my asawa and I reside, has been making excellent progress on highway improvements in our immediate area. It won’t be long until my spouse and I will be driving our new truck on  these new widened pathways making navigating the mango island much easier. And,  as a 62-year-old geezer, I’m all for making our own “pocket of paradise” more comfortable and less stressful. 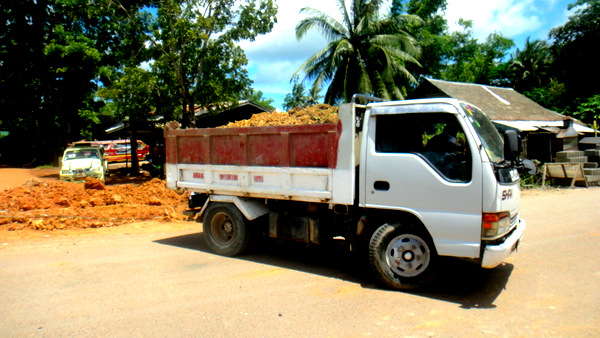 But really, how stressful can things get for me? With the hiring of our new maid, Mera,  this past April, I have even less to do than ever before in the line of “chores.”  I don’t have to go outside during heavy rains and collect rainwater as I did when we lived in Savannah Subdivision, one of the portals to Hades in which we only had running water three times a week for maybe eight hours each of those days. 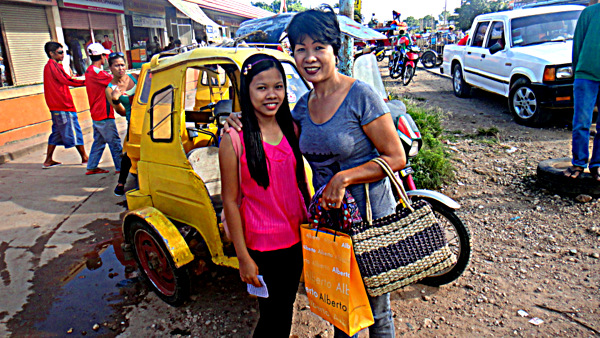 Our new helper, Mera, on the left, with my lovely asawa at “The Crossing” in Guimaras

Why Savannah is touted as one of the premier subdivisions in “The City of Love” is beyond my comprehension.  And please, don’t ask me why someone tagged Iloilo with that moniker. I guess ever since they lost the title of “Queen City of the South” to Cebu City, which richly deserves it, I suppose they had to call it something. Guess it’s better than “Armpit of Western  Visayas.” 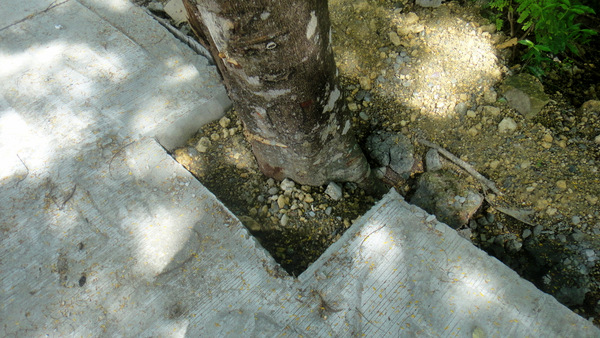 But anyway, the road crew had some unique solutions to getting around  barriers Mother Nature might put in their path, as shown in the picture above. Instead of cutting down the tree, let’s cut out part of the road to make room for the tree, which was there first anyway.

Next up are sections of  metal  edging that are used as forms for the concrete. These go along the edge of the road and are later taken up and moved to a new segment of road that will get paved.  Later, mounds of dirt are placed on the road and shoveled in manually by the crew to fill in the gap on the highway’s edge. 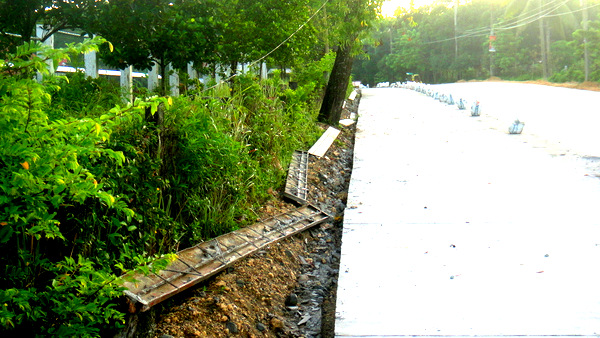 There are plenty of signs warning of deep excavations. You would have to be drunk on Red Horse beer to miss these, but somehow I suspect that the deep holes have claimed one or two victims that might be out at night since the main highway does not have any street lights and some morons riding motorcycles and trikes don’t even use their headlights at night. 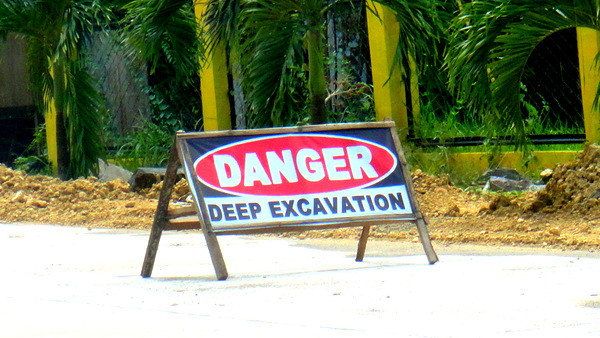 One of the road construction crew members is putting a concrete finish near a segment of road along the business district in San Miguel, Jordan, Guimaras. Storm sewer pipes, seen in the photo after this,  will eventually be placed inside the walls that the worker is slapping the finish on. After the pipes are installed, the area is filled in with dirt, and concrete for a new sidewalk is poured. 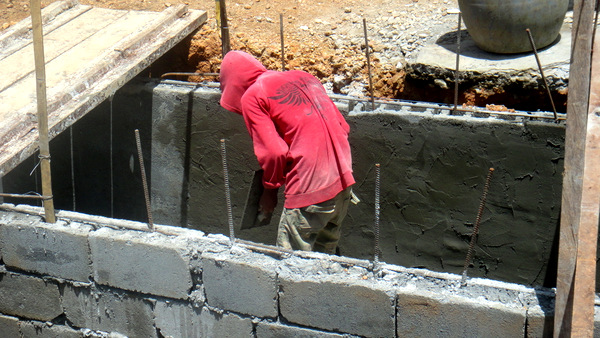 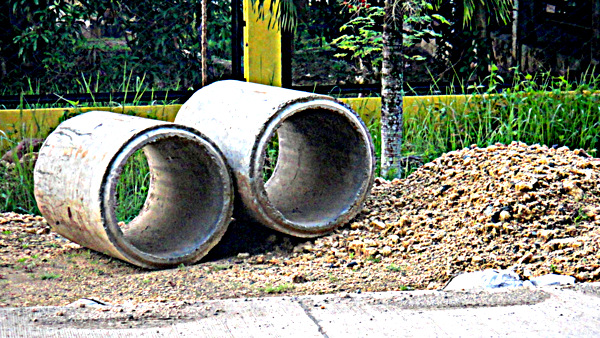 This is another shot of the road crew near The Shriven Hotel who mugged for the cameras as I was taking pictures. 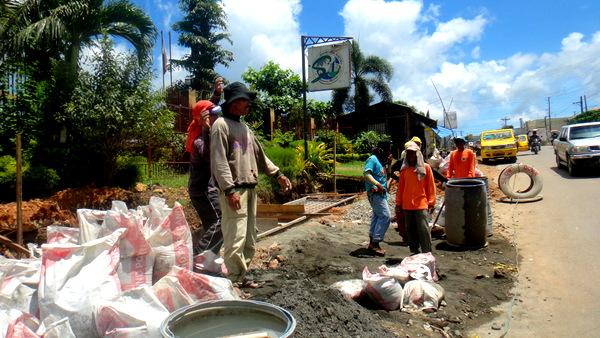 I had to get close up to take the following photos until  I determined that I was getting in the way and didn’t really want a load of dirt to be dumped on me.  I appreciate the hard work these guys are doing in extreme conditions and for very little pay, 150 pesos a day, approximately 3.42 US Dollars. But the workers were extremely friendly and I heard cries of “Hey, Joe!” everywhere I went. Who says it isn’t more fun in the Philippines? 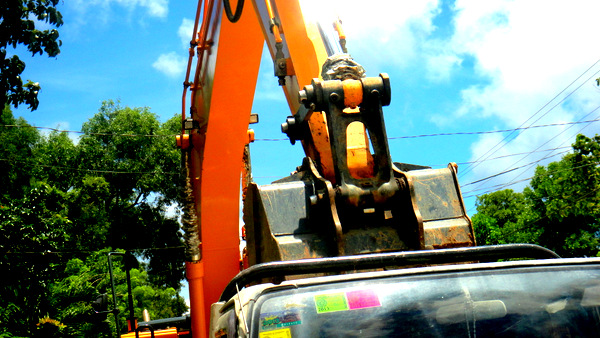 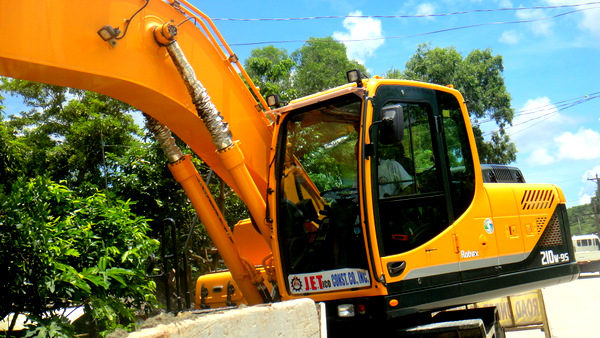