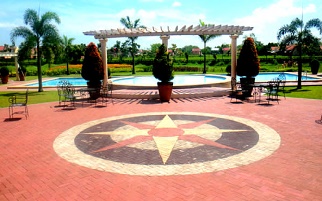 My Filipina wife and I lived in Savannah Subdivision in Iloilo for two years. We’ve recently moved back to my asawa’s home province of Guimaras. At the time we moved to what is supposed to be one of the premier subdivisions on Panay Island, I was impressed. But the lack of infrastructure; no running water, frequents brownouts, and the lack of enforcement of existing rules and regulations has been extremely frustrating. 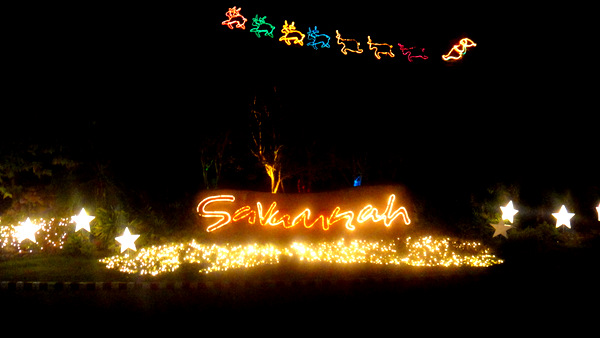 Savannah is divided into different enclaves. There are homes that can be purchased for as low as 1.5 million. There are also much pricier residences that start at 10 million. We rented a small, three bedroom home in the Glen section for 140 US dollars a month.

We had street lights (that worked unless there was a brownout) and paved sidewalks. For P400 a month we had security guards that patrolled the streets (and frequently were asleep at our gate in the mornings when I did my daily walks.)

Included in that 400 a month fee was garbage pick-up and lawn maintenance. Our streets were swept daily and were generally kept clean unless one of the many stray dogs that roamed the area got into people’s garbage cans. 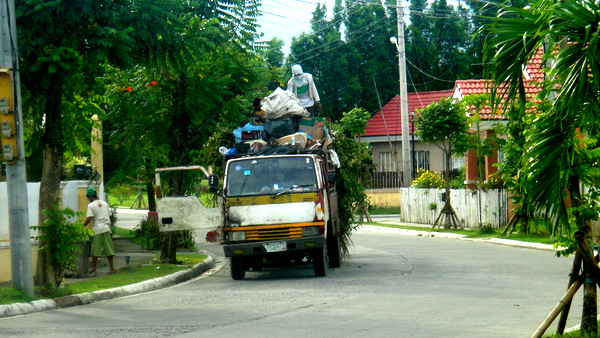 Garbage pick-up in Savannah was supposed to be every other day but was generally done once or twice a week. Security guards used to escort the truck to make sure they made all their rounds.

But the lack of running water, let alone drinking water, in certain sections of Savannah, ours included, was a major inconvenience. We only had water three times a week: Tuesday, Thursday and Saturday. The water would be turned on anywhere from 9 am to 11 am and was shut off around 4:45 to 5 pm. The water smelled of kerosene and was filthy.

MIWD, the Metro Iloilo Water District, is the city utility responsible for providing water. We were to have water on a 24/7 basis back in March 2012, then October 2012. 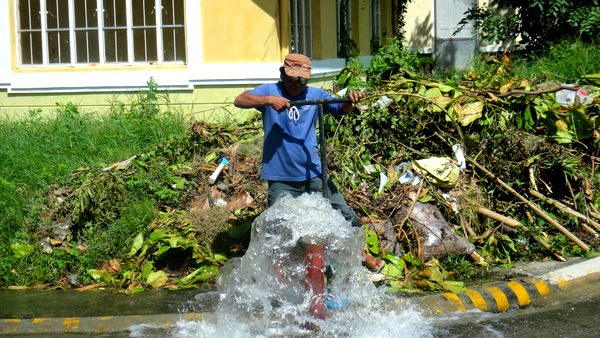 MIWD workers would sometimes flush out the water lines. Didn’t help much. The water still would smell horrendous.

As of October 2013 we did not have water in our part of Savannah. With all the political infighting between MIWD and government officials, I doubt that Savannah, along with many other parts of Iloilo, will ever have a reliable water supply.

Drinking water? We used to get our daily drinking water, tubig, from our next door neighbor Jesus for 25 pesos a container. But after our niece April decided to shack up with the son of Jesus, we have sought out another water vendor that was 2 pesos cheaper.

We won’t have to store water in the barrel show below anymore at our new location in Guimaras. We’ll have running water that is pumped in from a well on the premises. Though the water is not drinkable, it does not smell. We’ll haul water in from a well on my wife’s property on the mango province that is an excellent source of drinking water.

We can load up a local trike with tubig containers for P15 a ride and get a two week’s supply. 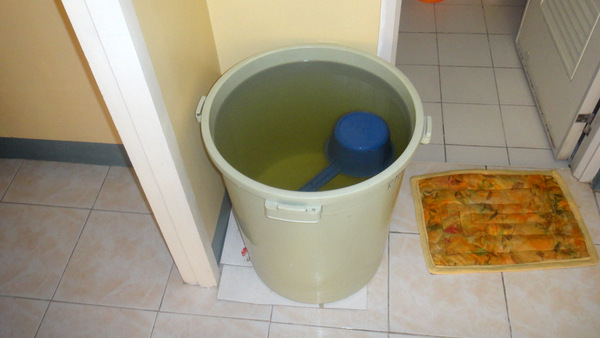 I’ve covered the poor service provided the local utility for our electrical service, ILECO, in past posts. This past Sunday we experienced an 11-hour power outage and have had two brownouts lasting a total of 3 hours since then.

But if you ever plan a move to Iloilo make sure you have PECO as your power supplier. I have American expat friends living in Iloilo that have far fewer brownouts with this provider. I would highly recommend not moving anywhere that has ILECO as the utility and that includes all of Savannah Subdivision.

Enforcement of the rules of regulations in this development are not enforced. Filipino law (believe it or not) expressly prohibits any dog owner from letting their dog run loose.

Section 5 of Republic Act (RA) 9482 lists the responsibilities of pet owners. One of these is as follows:

“Maintain control over their dogs and not allow them to roam the streets or any public place without a leash. Pet owners who refuse to put a leash on their dogs when they are brought outside of the house shall me meted a fine of P500 for each incident.” (Source: Panay News.)

Savannah Subdivision rules also has this law in writing but it’s not enforced. For the past two years we’ve had neighbors that let their dogs run loose on a daily basis. The canines get into our yard and take a crap and also have torn into our trash (see next photo.) 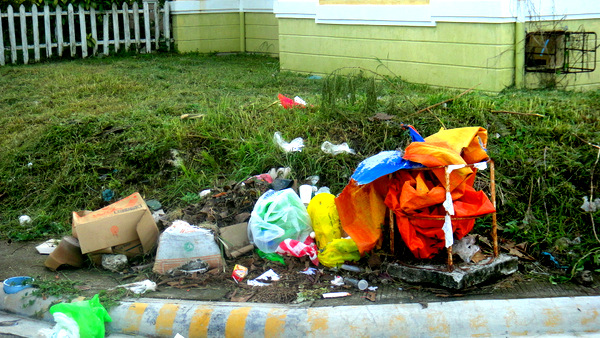 In addition to the neighborhood pets, there is one resident located outside a basketball court two blocks from our house who has 5-6 dogs that are running loose and bark and chase after anyone passing by on the streets.

I have chased those dogs away on many occasion whenever I walk by and have made numerous complaints to our GlobaLand Property Manger,  but to no avail. The security guard knows the owner of the dogs but my requests to have the dogs kept in their own fenced yard has fallen on deaf ears these past two years. 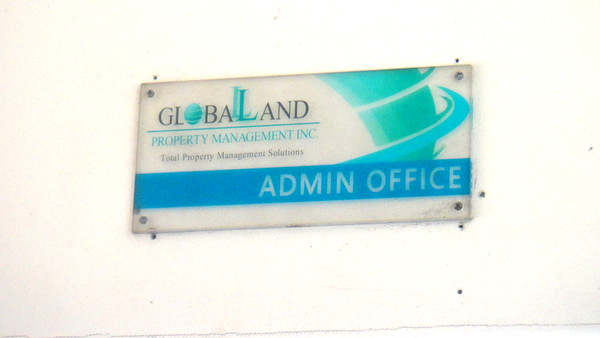 My concerns about stray dogs have also been ignored. With a lack of running water, frequent brownouts, and rules that are not enforced, I would  not recommend living in Savannah  Iloilo Subdivision to anyone.

Yes, the main road is beautifully landscaped (see next photo), a shuttle service for 8 pesos a ride is provided, friendly security guards are on the premises, rental prices are reasonable, but overall, in the “good, bad, and ugly” scheme of things, I’m afraid, in my opinion, the negatives outweigh the positives. 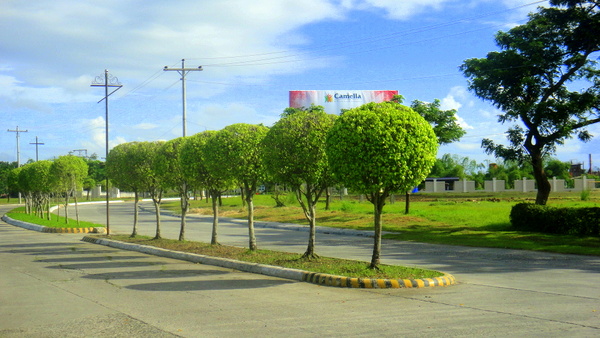 That said, there are certain areas of Iloilo and Iloilo City that do have more reliable electrical service (again, only go with PECO), and have water 24/7.

The people in Iloilo are a friendly lot, there’s plenty of shopping venues, with new ones on the way. If you look hard enough and do your research, you, too, can find a great place to live there.

Unfortunately, when we made our original move two years ago, our situation at that time led us to make a hasty decision. Our new house we build at the end of next year will be in Guimaras, but we will still be making frequent trip to the “big city” of lloilo.