Brownouts in the Philippines. As common as empty bottles of Red Horse littering the landscape after a fiesta. I’ve complained about power outages before on this website. Did a post last June about this frustrating problem.  Had twice as many power failures in our Savannah Subdivision as opposed to the time we lived in nearby Guimaras. But last month, January 2013, was a record low amount of actual down time for us. Only three outages that lasted a total of seven minutes. I was shocked. Last January we had three incidents but they totaled over 14 hours. One was over 12 hours long. 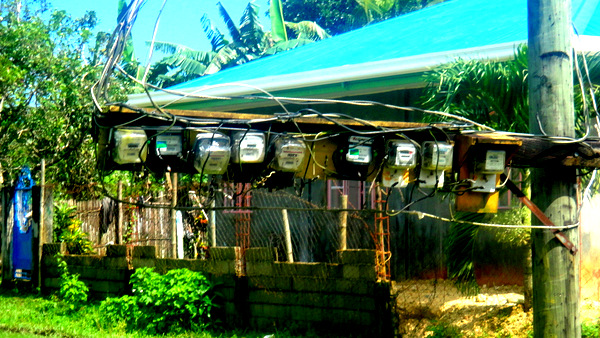 I’m pleasantly surprised. I’ve been keeping a record of all our brownouts since September 2010. In Guimaras, the mango province of the Philippines, we experienced only one power outage in February 2011. But it lasted a total of 31 minutes.

Of course, we’re “coping” with the “cold” months now. Temperatures have dipped as low as 64 degrees Fahrenheit. It will be heating up next month, and the number of brownouts will increase if past records I have maintained are any indication.

But for now I’m enjoying this rare respite from the infrastructure breakdown I’ve experienced since living in the Philippines. Now if we could just get that running water 24/7 that we were promised last March that would give this American expat one less thing to complain about. And my asawa would appreciate that.