Our flight to Samar was uneventful but with clear skies we had a chance to view Mt. Mayon (Mayon Volcano) which is just as majestic from the air as it is from the ground, I’m sure. 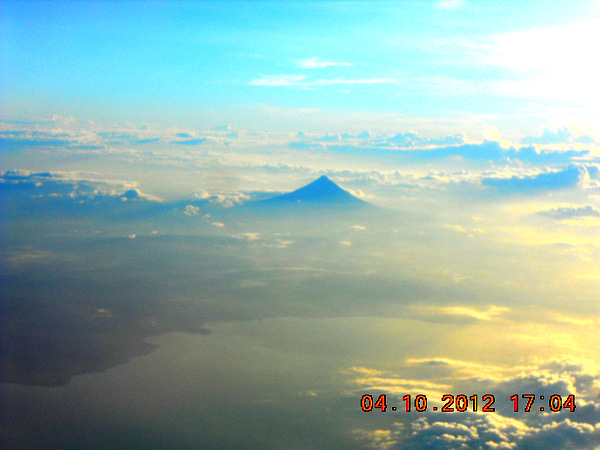 Someday I vow to get up close, and maybe even make the climb. It seems to be a popular hiking trek for many the adventurous. Upon landing at the airport in provincial Calbayog City, it was clearly a throwback to years past, for me anyway. Samar is littered, or should I say saturated with coconut trees, and the area around the airport was no different.

The airport is somewhat rurally located in relation to the city proper which would enable an easy expansion of airport and facilities as tourism expands into Samar. Once off the plane it was obvious that the entire entourage of family was present and they were beaming with smiles.

Big ones, little ones, young and old, and a few my asawa had only seen when they were in still in diapers (or pant-less).  Some were recognizable, some not so much. I had only met two of Teri’s sisters years ago so my mind was quickly being over tasked with putting faces and names together.

Many faces looked familiar from family photos and excursions into the Facebook realm, but it is real monumental task to now add all the nicknames to the names you thought you had connected to the many faces of a large rather large family. By now it was about 0900 and I was ready for a grande cold bottle of SM (it was way past 5pm in my time zone.)

We finished all the greetings, collected our bags, piled whatever and whoever we could fit into the family Motorela and away we went. With 11 people and our luggage loaded into this overworked little machine, it was senseless to even expect the shock absorbers on this thing to even slightly function as designed.

Needless to say, it was a bumpy ride to the homestead. It was only about a 10km ride so my butt fared okay. Those family members who were not fortunate (?) enough to ride along all cramped up with their U.S. visitors had to find an alternative means home. There is never a shortage of “In Service” vehicles at the ready when flights arrive in this quiet little corner of the world. We all made it to the homestead safely and the celebrating (eating) commenced. 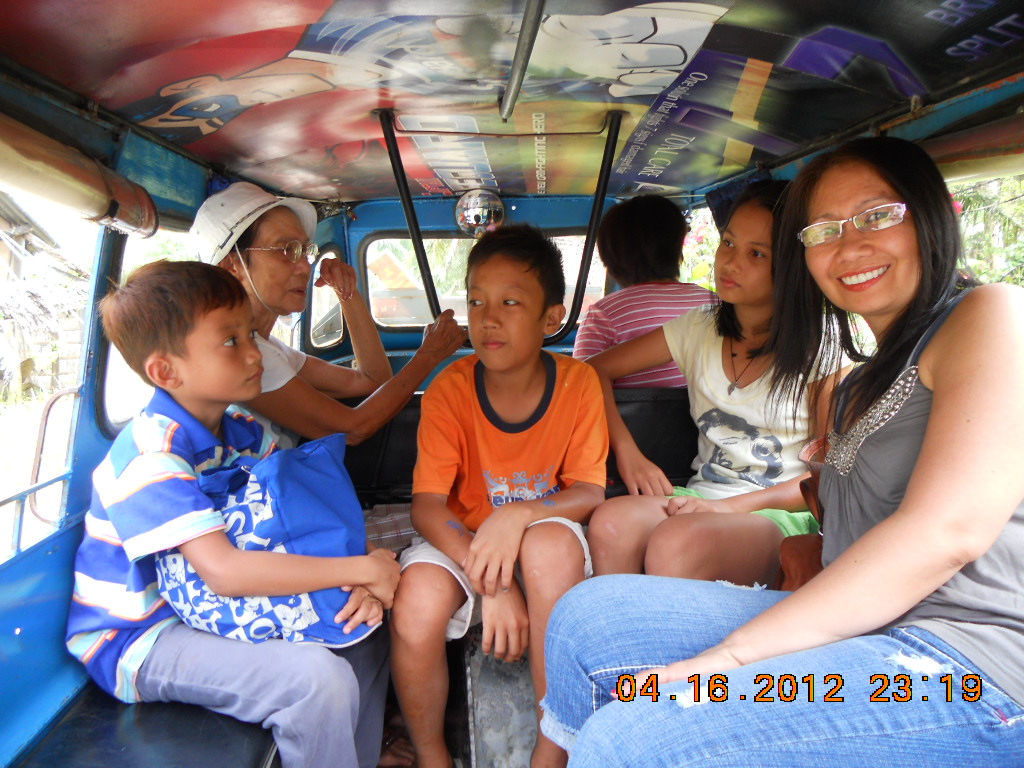 Our first day was filled with Teri and her kinfolk reminiscing about old times they shared with many discussions about this and that, mostly that, while I enjoyed funning with all the nieces and nephews, pulling little random surprises out of my hat, some consisting of  chocolate favorites like M&M’s or little Snickers or Milky Ways, etc. Nonetheless, the kids quickly learned to never take their eye off of Tito Randy.

Later in the day I was a big hit with the nephews, big and small, when I exposed the two deflated brand new Spaulding basketballs from my suitcase. Because the family basically lives in two separate locales’ just some 10km’s apart, I gave a ball to each locale where they will all happily share its use. That way there is always a ball available regardless of who is visiting who.

The end of the day came early for us and we retired our first night into town at the Elmira Hotel in Calbayog City, mainly to get some quality rest in air conditioned comfort. No way were we going without rest for this adventure. We adjusted with some food, a couple of SMB’s for me, and 11 hours of restful sleep. Now we were ready for anything!

The next few days we simply spent eating, relaxing, eating some more, and watching the girls be girls and the boys be boys. I especially got a kick out of little nephew Jay, 7, and his trained entourage of spiders, literally hanging from their little silk threads from several of Jay’s fingers. It was like watching a puppet master in a spider circus and was pretty comical, as long as he kept his distance. I told my asawa that as much as I enjoyed little Jay, he was to go nowhere near our sleeping quarters. She agreed.

Life really is simple here and before I really knew what hit me, all the little aches and pains that seemed to have plagued me for the last few years, just seemed to vanish. Much of the worry and stress that I have carried with me these past years just seemed to melt away as the days passed. I became delirious with visions of going AWOL from America. A simple mention of it to my asawa and she delivered “the look”, and I immediately terminated that thought process.

It’s not like going AWOL from the Navy or something where as a young kid they would dock your pay for a month or two and restrict you to the barracks for two weeks. That, you could recover from. Leaving a house, two cars, a business and all your worldly possessions would be a heavy price by any standard.  I agreed with her and then suggested that she return to the U.S., begin the liquidation process and sell everything else. I would stay behind to safeguard our new house and wait for her return.

She then suggested…well…I really can’t repeat what she said. I just raised my empty San Miguel bottle and it was quickly replenished. Looks like we would be returning together to empty out the reality tanks back home, then make the next trip a one-way event.  Ahhh, sounds so good to me!