Our Retirement Plans? We’re Moving to the Philippines! 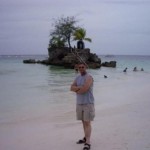 Here's another guest post from Scott H. He's facing the same questions from friends, relatives and coworkers that many of us that have retired to the Philippines have also encountered. A big THANK YOU to Scott for sharing the following great story and photos:

As retirement speeds towards me, more and more of my friends and coworkers inquire what I plan to do with the rest of my life. When I answer that my Wife and I will retire to the Philippines the reactions vary from shock to disbelief and sometimes plain bewilderment at our plans. 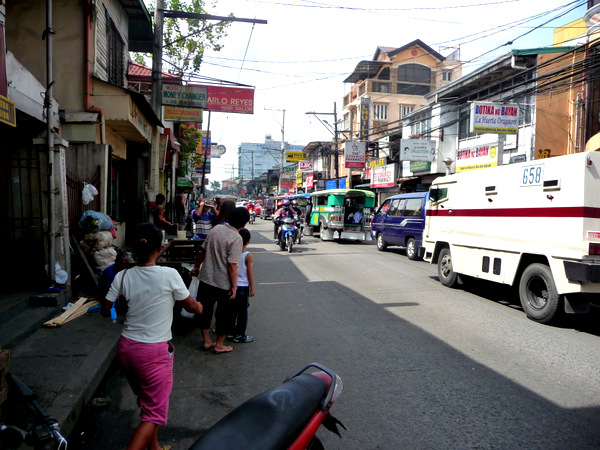 I think when my wife first made Tinola with lots of ginger followed a few days later by Nilaga and naturally Pan de Sal with pate for breakfast, the first thoughts of the Philippines as a place to spend my golden years began to form. 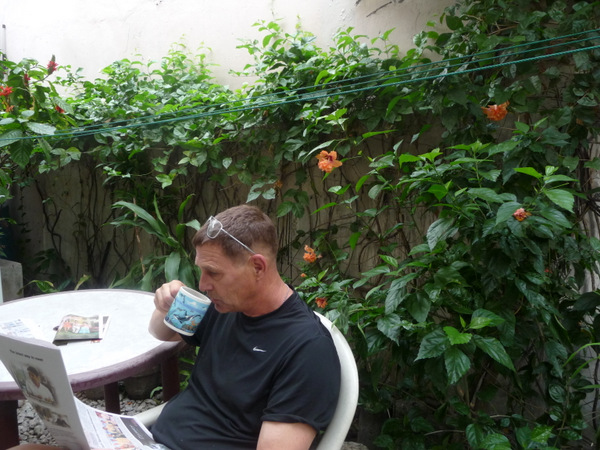 It wasn’t until several years later when we first visited her home in Paranaque, Metro Manila that I actually fell in love with the Philippine country, the culture and the people. I was surrounded by friendly happy people who for the most part wanted nothing more than to please and be pleased. 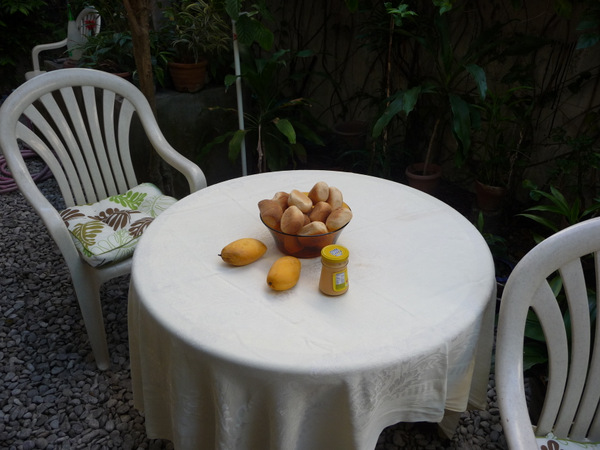 After a few days there, when it was obvious I was not going to turn into a raving lunatic, run rabid and howl at the moon, I was sent out to get the mornings breakfast. So clad in shorts, T-shirt, sunglasses and flip flops and armed with 100 Pesos (it still looks like monopoly money to me), off I went.

Negotiating the Jeepneys, motor scooters and tricycles I made my way to the cathedral where I had seen a news stand (a guy sitting on a milk crate under a cardboard shade) where I bought a copy of the Manila Star (in English) for  P15, I then went to the palengke, where I was treated to the sights, sounds and smells of an open air market that most Americans only see on the Travel Channel.

I saw what I was sent to get, ripe mangos piled in a basket among other baskets and crates filled with as yet unidentified fruits and vegetables. Behind which sat an older lady with arms folded scowling at me. I gave her my best “Don’t hate me, I am really a nice guy smile” held up four fingers and said:  “Apat please”   (feeling like a complete idiot, pointing at the mangoes).  She said “four Kilos?”  “No apat ummmmmm each please” was my reply.  “Ah, four pieces” (hey they speak English I thought, COOL!). 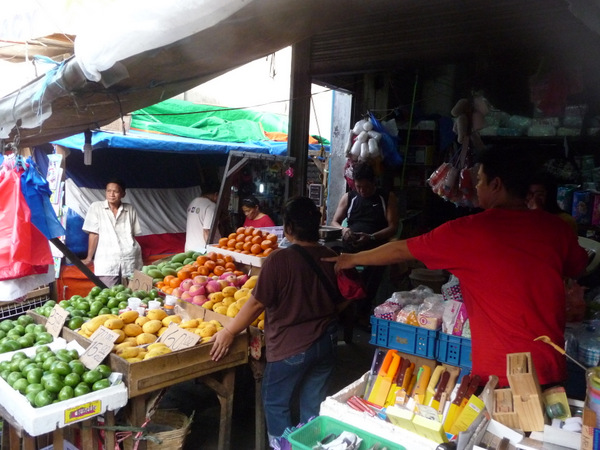 She then picked out four really nice fruit put them in a flimsy red plastic bag and said something so fast I couldn’t make it out but I assumed it was the price. So I just held out my money cupped in both hands and grinned. She laughed looked at the pile of coins and crumpled bills, fished out the P100 note handed me the bag, my change, chuckled again and said something to her neighbor and off I went. I had found my first suke and didn’t even know it.

I then headed towards were I knew the bakery was, dodging kids, stray dogs and umbrellas sticking in my eye (being 6 foot 1 inch is dangerous in crowds here) stepping around puddles and responding to “Hey Joe!) all the way.

Upon reaching the bakery there was a semi circle of people around a barred window; mentally scratching my head I wondered how I was going to crack this nut. I got in the back of the crowd and patiently waited my turn. After noticing that people just wiggled their way into the front of the line from the edges of the crowd, then sticking their arm through the window shouting “Vente!” (what in the world was that? Spanish?) 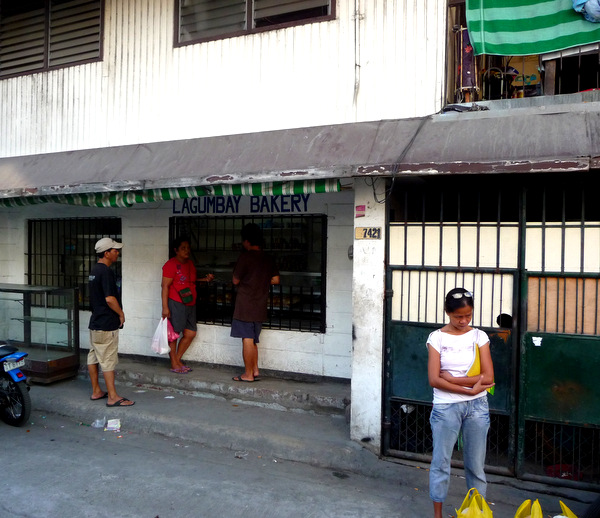 Seeing that they received another flimsy red plastic bag filled with pan de sal, I finally caught on. I then gently and politely inched my into the middle of the crowd (maybe being 6-1 is useful after all) stuck my arm in with a P20 note saying “Vente” and was handed a bag of hot bread by a very startled pretty teenage girl, backed my way out of the crowd and proudly made my way back home.

Once there I was greeted by a suspicious wife and mother in law who inspected each item like a drill instructor inspecting a recruit. Satisfied that I didn’t buy something completely wrong, I was given my breakfast in the garden (see picture) and left in peace with my paper. I remember asking my mother in law. (who was a teacher at a local college and spoke better English that I do)  “Mom how much is P50 in American money?” “A little over one dollar” was the reply. “HOLY SMOKES!” I thought, I could get used to this. 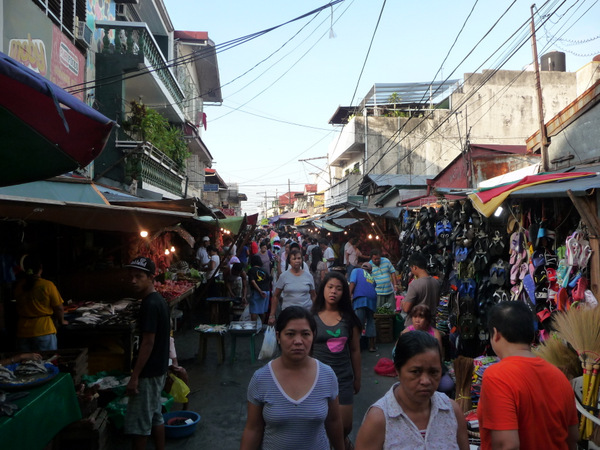 I won’t go into all the other beautiful things I saw that first trip, the beaches of Boracay, the lake at Laguna, the mountains of Bagio, the hot springs and jungles of Tagaytay, the countless churches and cathedrals. Let it suffice to say in one day with that first solo excursion to buy breakfast was when I decided I would retire to the Philippines. What a combination of old and new, primitive and modern, bustling metropolis and rustic old world charm, and the guarantee that each time I turn a corner there is a new experience to discover.