That’s the latest headline on my new house in the Philippines.  The house that was supposed to be done by February will be done before the new year!  Maybe the builders want to commence the week-long New Year’s celebration with a clean slate.  Perhaps they don’t want the dread of an unfinished job to “hangover” their heads while they revel.  At any rate, most of the workers are gone now; only a few are left to finish up.  I must say, they kicked butt on this project.  Rumor has it, they wanted to impress the Amerikano Ice Man’s House. 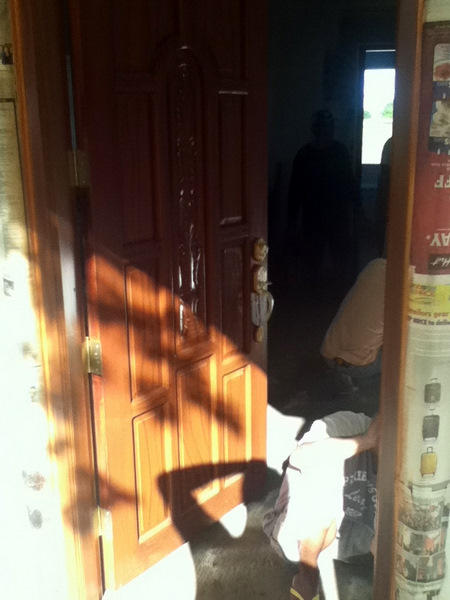 This week we are down to choosing the kitchen cabinet door style and touching up the painted trim.  Also, the windows go in last.  I don’t understand that one, but that’s the way they do it.  I hope to have some “all finished” pictures by next week, but have attached the most recent looks at our tropical villa.  Since it is customary for folks to name their homesteads, or “compounds”, (think Tara in Gone With the Wind, or South Fork on Dallas, etc.), we have tentatively named our little spread “Summerfield”.  It sits in the middle of a rice field and it is perpetually summer there, hence the name.  We are open to receiving suggestions, however.
I mentioned that the project came in over budget.  The house is paid for in Philippine Pesos, so whenever I sent money from my bank in Colorado to my Philippine bank, I was buying and selling currency. First and foremost, the reason the house became more expensive than originally estimated is because the exchange rate has been so horrible!  There wasn’t much I could do about that once the project was under way.
Second, if you decide to build a house in the Philippines, whether it be a free-standing home or a home in a subdivision, you must understand some things which, initially, I did not:  You are buying a basic structure that is suitable to most Filipinos, but not necessarily to our American tastes and preferences.  For instance, I wanted a real bathroom, with sink, toilet and shower.  Extra!  How about a mirror and medicine cabinet?  Extra!  Towel rack and toilet roll holder?  Extra!  What about some hot water for that shower?  Extra!  In fact, how about hot water for the bathroom sink and kitchen, too?  Extra!  Instead of heating each location individually with a flash heater, I chose a heat pump to heat water for the whole house;  it’s less expensive, but still Extra! 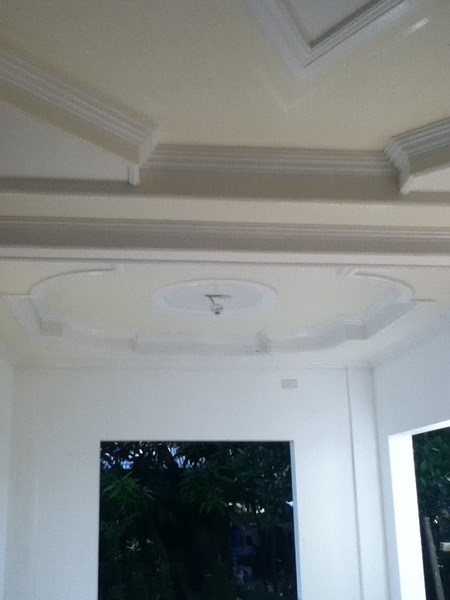 I wanted a garage for the car I plan to own there, and as a place to put my tools;  you know, the typical American thing….Extra!  And do not expect a real garage.  It will be a carport.  Okay, please close in one end and install a storage area and make it a bit more like a garage…Extra!  And how about a washer and dryer hookup out there?  Sure, but..Extra!
I can buy the other major appliances later, but the range in the kitchen is built-in, and that is Extra!
Very important:  Air conditioning!  Extra!
The bedrooms do include small closets, but may I have some built-in shelving, please?  Yes, sir…Extra!  (If you get the idea and are getting tired of this, please forgive me, but I’m on a roll!)  I’ll finish by saying that if you want hardware on those kitchen cabinets (you know, handles), that’ll be…Extra! 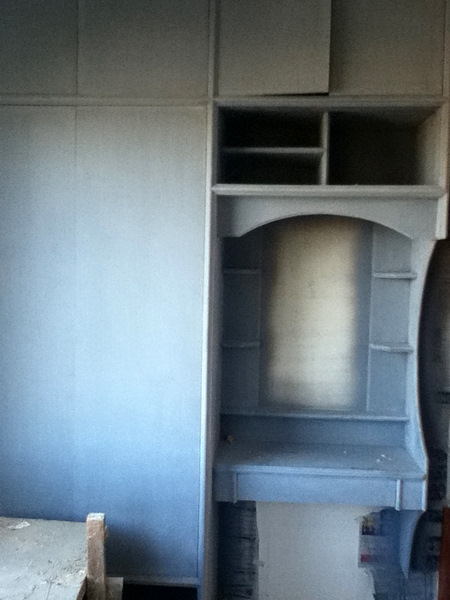 My Dad used to call this “getting nickeled and dimed to death”.  Or, I might call it “death by a thousand cuts”.  Whatever you call it, it reminds me of buying a Chevy in the 60’s:  color-coordinated roof drip molding?  Extra!
Whew!  But, I’m told that the house is a beauty!  Our daughter, who attends college in Quezon City, is “home” for Christmas break (staying with the grandparents, adjacent to our place, in Nueva Ecija).  She grew up in America, so she knows what a nice home is supposed to be, and she tells me it is, indeed, very nice.  She knows her Dad is very particular, and thinks I will be happy with the results.  Sure hope so!
Monty

6 thoughts on “On Time and Over Budget! The Ice Man’s House.”