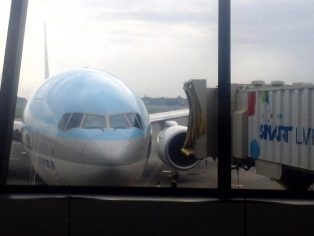 Philippine Airlines: The Best and Cheapest. I’ve used the services of Philippines Airlines, PAL, and Cebu Pacific in the past.  During my recent trip to the United States, however, I flew to Las Vegas on Korean Air. The service on both PAL and Korean Air, which handle international flights, is first class. Cebu Pacific has several international flights but the bulk of their business is focused on domestic flights within the Philippines. Their service? As far as I’m concerned, less than stellar.

But what’s my criteria for selecting an airlines for flights within the Philippines or visits to the States? First and foremost, price. I’m looking for the cheapest way possible to travel. Safety is not a major concern for me.

Arnold Barnett, a professor of statistics at the Massachusetts Institute of Technology, addressed the rarity of death by plane crash in 2013 after Asiana Airlines Flight 214 crash-landed at San Francisco International Airport, killing three passengers. He wrote the following in a column for CNN.com :

“a traveler could on average fly once a day for 4 million years before succumbing to a fatal crash.”*

That said, I would give pause to board another Malaysia Airlines flight again. I used them once in the past to travel to the Philippines. But on the whole, viewing the above odds of dying in a plane crash, only reaffirm what I say to my wife anytime I’ve ever flown: “If it’s my time to go, it’s my time to go.” She hates when I say that and we both are on a flight.

Following improvements in the safety situation in the Philippines, Philippine Airlines was the first airline from the Philippines to be allowed back into European skies since 2010. 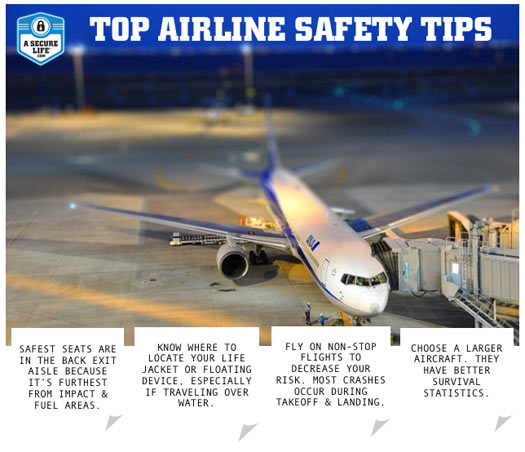 What are the best airline safety tips to help you survive a crash?
Source: ASecureLife.com

So what airlines can get me from Ninoy Aquino International Airport, NAIA, in Manila to Las Vegas, McCarran International Airport the cheapest, if I booked a flight online today and left at the end of March 2015 and stayed two weeks? Air China can get me to Sin City for  $1,045 but it will take two stops and 26 hours. 26 hours? My Korean Air flight had one stop in South Korea, a three hour layover, and only took ten hours to reach Vegas from Incheon.

Philippine Airlines is charging $1,388 for the same flight with a total travel time of  26 hours. One stop is scheduled at Honolulu International Airport with a six hour layover. Hawaiian Airlines takes over and flies to Vegas.

Skiddo informs me that Korean Air can take me to Las Vegas for $1,188, about the same price it cost me back in September. Only one stop with a total duration time of 18 hours. So for about 150 bucks more, though the cheapest international flight is my biggest priority, I would certainly be glad to pay a little extra for a huge decrease in flight time. And since I had a very positive experience with Korean Air last trip, I certainly would not hesitate to use them again.

But, of course, Korean Air is not a Philippine airline. While I have traveled via PAL in the past and had no complaints about their service, perhaps the best way to travel to the States is with a foreign carrier. If I could get a better price from PAL and a shorter flight time, I would consider flying them again.

However, what Philippine airlines is the best domestic carrier? I’ve used Cebu Pacific on several occasions. I haven’t used any other carrier because I could always get the cheapest price from Cebu Pacific. That doesn’t  make them the best domestic airlines in the Philippines by any means. If you don’t get a seat located in the emergency exits you will have extremely limited leg room. On short domestic flights that’s not too bad, but they have no extra perks and send their flight attendants up and down the aisles trying to sell you snacks. Save yourself some money and bring your own. 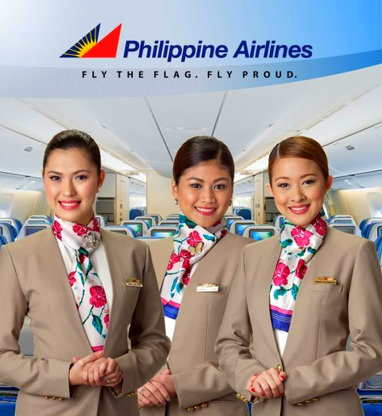 PAL Express, Air Asia Zest and Tiger Air are other options. So which one can get me from Iloilo City, our nearest airport, to Manila?

I can fly in January with Cebu Pacific for 30 bucks. What is PAL Express charging?   82 Dollars. Guess which domestic airline in the Philippines I’m going to book? Air Asia Zest doesn’t go from Iloilo to Manila. Before it became Air Asia Zest my sister-in-law from Guimaras, Alida, used Zest from Iloilo before but had an extremely negative experience with them; her flight was canceled. Tiger Air does fly out of Iloilo International Airport but their website doesn’t show any domestic flights within the Philippines.

So what Philippine airlines is the best? Which one is the cheapest? While I mentioned that safety is not my primary concern, it is something to be considered. Common sense dictates that. Since its foundation in 1941, Philippine Airlines has suffered more than 60 aircraft crashes, terrorist attacks and aircraft hijackings. Most of these accidents and incidents involved propeller-driven aircraft; and most occurred prior to the 1980s.**

Airlines Ratings gives PAL Express and Cebu Pacific 4 out of 7 stars in their safety rating. AR gives PAL Express a 4 out of 5 stars for their product rating, while Cebu Pacific only garnered three stars in that category.Tigerair Singapore scored 5 out of 7 stars for safety but only 2.5 stars for their product. Air Asia was not ranked by Airlines Rating at this time. Korean Air took 7 out of 7 stars for safety and product in the full service airline category. I would completely agree with that assessment. They had professional flight attendants, good food and were ahead of schedule on my flight to Las Vegas and my return trip to Manila.

So which Philippine airlines is better? Both Philippine Airlines and Cebu Pacific have their pros and cons. PAL is sometimes referred to as “Plane Always Late” and my online research gives Cebu Pacific the edge on departures and arrivals. PAL has much more modern aircraft while Cebu Pacific is known for using old planes and has no fancy frills and bells and whistles which explains their lower fares.

PAL has much more passenger leg room and offers free snacks. Cebu Pacific, as mentioned earlier, sells their refreshments on board. Flight attendants on Cebu Pacific are dressed more casual than their counterparts on PAL and also have a more casual attitude than PAL attendants. Philippine Airlines is the premier airline carrier of the Philippines when traveling out of the country but Cebu Pacific is the preferred provider for domestic flights due mainly to their lower promo flight fees. 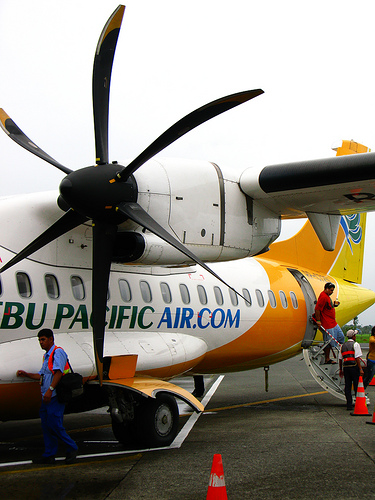 On several occasions when I traveled via Cebu Pacific, including my flight from Manila to Iloilo during my recent trip to the States, they have changed the gates at the last moment. This is frustrating to me and has never occurred with any other airlines I have used. The cramped leg space is a problem, especially for guy that’s six feet tall like me, or someone taller. I was able to get a seat by an emergency exit on my recent flight to Manila but was cramped in the regular seats on my way back home. When a lady on the flight back took it upon herself to change seats and plop her butt in front of my seat I knew she was going to recline her seat. I had just been in the air over 16 hours and was no mood to deal with this. I simply kept pushing the back of her seat with my knees. She looked back at me and said nothing and moved over a seat.

If their was another domestic airlines in the Philippines that offered good prices, I would use them. But I’m left with Cebu Pacific or using passenger ships, which while they take longer, are more enjoyable to travel than Cebu Pacific. And usually cheaper.

Bottom line. Philippine Airlines: The Best and Cheapest? PAL is the best. Cebu Pacific the cheapest. Who do you think is the best? Or cheapest?

7 thoughts on “Philippine Airlines: The Best and Cheapest”