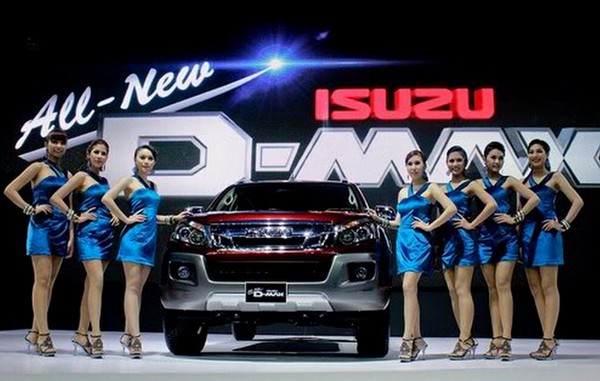 No, it’s not a misprint. Our Isuzu D-Max Automatic Truck was merely a “pigment” of our imagination. I worked with a Filipino back in the States who would pull a Norm Crosby (for you old geezers out there) and mangle her English occasionally. One of my favorites was her substitution of “pigment” for the phrase “figment of your imagination.” Unfortunately our recent situation with our Isuzu salesman in Iloilo who told us the Isuzu passenger truck we wanted to buy was “available” was only a “pigment”of that salesman’s imagination, also.

It was the day after our seven hour long wait at BDO for the transfer of our funds from the States. Later that same day, we encountered an arrogant salesman at the Iloilo Ford dealership. But after the Ford debacle my mood had lightened since our Isuzu agent informed my wife that the D-Max passenger truck we wanted, the 4×2 automatic transmission model, was now available.

The vehicle vendor even instructed my asawa to meet him the next morning at 8:00 am when the Iloilo Isuzu dealership opened.

Instead of heading back home to our island province, Guimaras, I made a rare executive decision and suggested to my wife that we stay overnight in Iloilo. It was 5:30 pm. I was tired and hungry and didn’t want to make the two hour trek back to Guimaras.

We opted to stay at The Circle Inn (more on this Iloilo hotel in a future post) and after breakfast at the hotel we caught a taxi to Isuzu which is on the way to SM City. We arrived early, 7:45 am,  but to my amazement the dealership already had staff on duty. The security guard escorted us to the service and sales department where we asked if we wanted coffee.

I was impressed. The dealership was first runner-up in 2013 for the best Isuzu dealership in all the Philippines (Isuzu CDO was #1.)  It rivaled any sales and service operation I’ve seen back in the States. The employees all wore uniforms and was head and shoulders above the local Chevrolet dealership in Iloilo City that we had visited before. 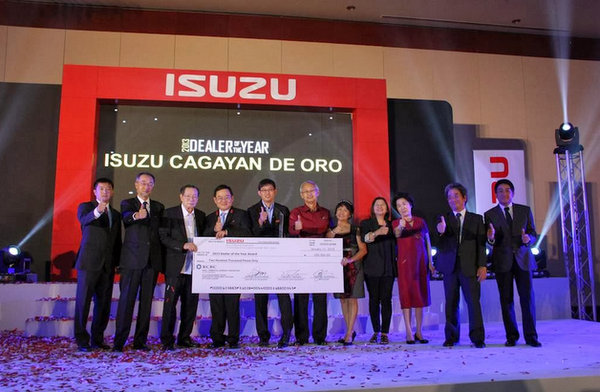 But now it was 8:25 and still no sign of our salesman. Finally, 30 minutes after the dealership opened, our sales agent arrived. Now I don’t know about you but if I worked on commission and had a cash customer that wanted to buy my vehicle, I would make sure I would be there on time. This was not the occasion to be practicing “Filipino Time,” in my books.

But my mood darkened quicker that a summer Kansas sky in Tornado Alley. The first words out of the agent’s mouth was as follows: “The truck is not available.”

“But you told my wife that the truck WAS available last night!” I said, loud enough for the whole sales and service department to hear.

I stormed out of the Customer Lounge where we had been waiting. I had to get out before I said anything more.

I spied the Sales Office, stuck my fat Kano head in and asked if the manager was here. He was. He was busy on the phone but it didn’t take long for him to end his call and walk over to me.

Explaining my problem, I remarked that since we had spent money to stay at a hotel in Iloilo the night before and was told our truck was available, I was pissed now that we get the news that the D-Max is suddenly NOT available. I sat outside, far from the salesman. The manager said he would check on it.

This was not our salesperson. Photo Source: Isuzu Thang Long

Minutes later the boss returned and confided to me that the truck was only now being shipped from Luzon and due to the holidays, probably would not arrive at the Iloilo City Isuzu dealership until the second week of January. He apologized profusely as the salesman sheepishly stood by, eyes gazing straight down at the floor.

The big boss told me he would notify us as soon as the unit arrived and would compensate us for our trouble. I cooled off and walked over to our salesman. He apologized and I shook his hand. I knew I had caused him to “lose face” in front of his manager and coworkers and made sure he knew everything was OK now.

So herein lies the rub. Do we go to Bacolod after Christmas and check out the Isuzu dealership there to see if they have any automatic models? Do we try to explore other options? We haven’t figured it out yet but once we do, I’ll let you know.