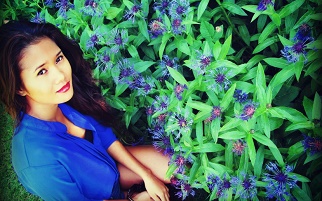 My asawa and I had received disturbing text messages one Friday afternoon from the adviser to our nephew Sharwin: he had been attacked at Santa Teresa H.S. on Guimaras Island. I was on my way to the high school the following Monday morning to find out why the pupil who had punched my nephew was not reprimanded. 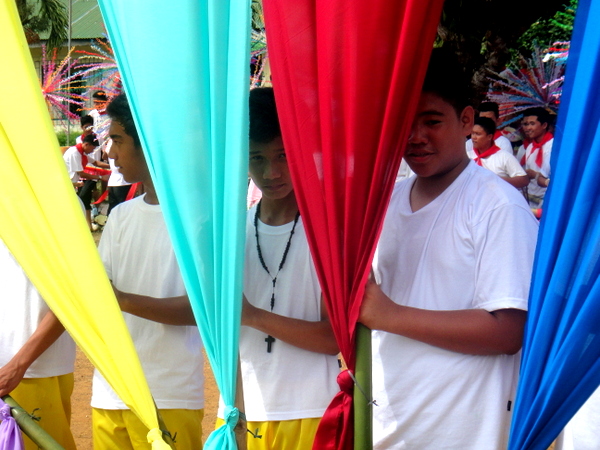 It was beyond my intellectual capacity as why a student that had grabbed a fellow classmate by the throat and  punched him so hard that it produced a large welt underneath his eye, merely had to sign a paper stating that if he ever hit my nephew again he would be liable for any medical bills that would ensue.

I walked into the Home Economics Room where a group of teachers along with the principal were busy grading test papers and signing report cards. The principal waved me over. I had spoken to the chief of this institution on previous occasions.

Ma’am offered me a snack. Sweet potatoes. I politely refused. Ma’am went off to explain the school’s version of events.

I explained to the principal that I had a message from my wife: “Next time that student touches Sharwin he will be arrested.” Pure and simple. Believe me. My asawa meant it.

The principal took note of the message. I asked “Ma’am” why the pupil was not disciplined in any way. I explained to her that my wife and I both felt that having the student sign a statement stating he would be responsible for any medical bills if he attacked our nephew again is not any punishment at all.

“Ma’am” turned to the Santa Teresa High School Guidance Counselor to ask which offense was this that the pupil had committed.

“First offense” was the reply. This involved no punishment at all no matter how severe the student infraction was.

I politely but firmly expressed my disappointment with the lack of punishment for the offender and revealed to the principal that the student had been seen drinking outside the entrance of the high school right before he had joined my nephew and his classmates in the ball game. This was information revealed to Sharwin’s sister, Shaina, also a student at the high school, by other pupils.

The principal was not aware of this and informed me that the student’s parents would be called.

I then educated the educator to the fact that I was not surprised to hear that the student had been drinking. When I had visited the school last year to sign the report cards for our nephew and niece, I was informed that the school was going to try and get the local sari sari stores from selling alcohol to their pupils during class hours.

When I asked Sharwin’s adviser at that time why the school just didn’t go in and get the pupils out of the sari sari stores during school hours, she replied that “Guimaras is child friendly.”

I questioned how “child friendly” it was to deny the students an education if they drank Red Horse during class hours and hung out at the local internet cafes.

The guidance counselor did not agree with this “child friendly” statement either and I was advised that the head of security would look into this and thanked me for my input.

So I left Santa Teresa High School in Guimaras that day after the principal informed me they “have too many students to watch” and with no further assurances that anything would be done to the student who had attacked our nephew.  But the text messages my wife received the next day from Sharwin’s advisor were extremely disturbing.

Sharwin’s advisor wanted my wife and I to come to the school right away as the parents of the pupil that attacked our nephew were now at the high school.

Later in the afternoon, my spouse received another message from Shariwn’s advisor that defied all belief! A “grievance committee” at the high school had our nephew sign a document putting him at blame for initiating the attack on him.

The committee claimed this because our nephew had not said “sorry” when Sharwin had accidently hit his attacker in the lip with the ball during their game and this provoked the attack. Unbelievable!

I advised my asawa to send this reply to our nephew’s advisor: “How can you force our nephew to sign a paper and let his attacker go unpunished? He will finish his last year of high school at St. Joseph School and will not be attending Santa Teresa in the future.”

There was also no reply to that text.

(St. Joseph’s is a private high school in Guimaras run by the same order of Catholic nuns that own the current property we live on, “The Farm.” Unlike Santa Teresa pupils, their students are not allowed to leave the premises during lunch or any other time and are closely monitored. I have spoken to the Principal of St. Joseph on several occasions, and I can assure you that the activities that occur at Santa Teresa are not tolerated at St. Joseph.)

Yes, I realize that I am only a visitor in the Philippines though I hold a 13a Permanent Resident Visa. But my wife and I are responsible for the welfare of our nephew and niece as long as their mother is away working in Kuwait as an Overseas Filipino Worker.

We take that responsibility seriously, and do not want our nephew to spend his last year at a public high school in Guimaras where security is lax and bullies are not punished.

After writing this post, I decided to ask our nephew where he wanted to finish his last year of high school at. He will be 15 this May and I decided he’s old enough to make this decision. After some hesitation, he informed my wife and I that he wanted to complete his last year at Santa Teresa’s.

Despite my reservations, I decided to honor his decision. But I will closely monitor the situation at the high school and make sure our nephew is safe. I hope the school will do something to keep their students from drinking at the local sari sari stores during classroom hours, but realize I have little control over that. But rest assured, Sharwin will be in class every day and not roaming the streets when he should be in school.)