I'm convinced public urinals are a waste of money in Iloilo City where we currently reside and are pissing away public funds. I can't speak for the rest of the Philippines, but in the "City of Love,"  I've only seen one person occupy one of the fixtures pictured below. 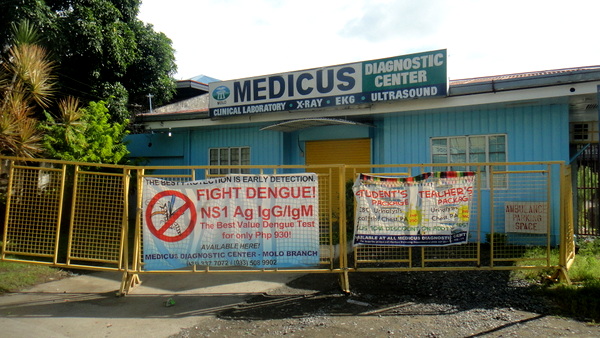 Riding shotgun on the Hibao-an jeepney on our way home from a night at "The Farm" in Guimaras when I asked my asawa for her Sony Cybershot digital camera. It was a sunny day, the lighting good and I wanted to be ready for any photo opportunities.

"Fight Dengue!" That sign grabbed my attention. My American expat friend, The Tom Cat, was recently hit by the dengue fever bug and suffered miserably for over a week.

Fortunately Tom is doing fine, though we only downed a total of four bottles of San Miguel Pilsen during our visit to the mango province this past Saturday which leads me to believe my amigo is not fully recovered.

But that was enough Pilsen to fuel some karoake singing from me in which I totally embarrassed my poor asawa…again. 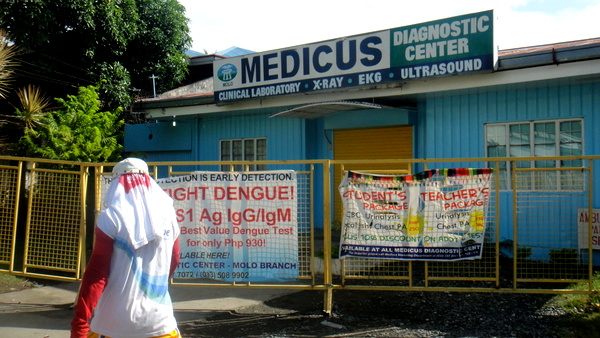 I kept the camera ready and snapped a picture of a Filipino man passing by dressed in traditional headgear to fight the blistering sun. This towel or t-shirt over the head look is quite popular in the Philippines. 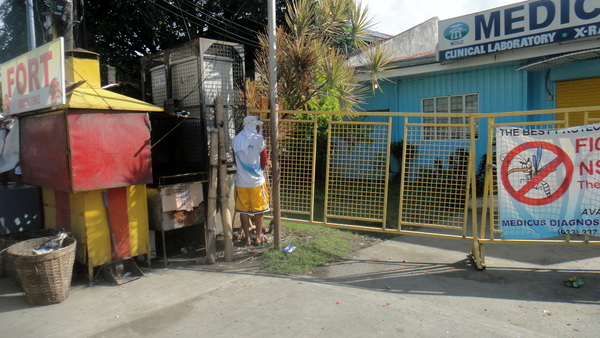 And then my photo op appeared! The man had decided to make a pit stop right in front of the local Medicus outlet that sunny Sunday morning. Expats that have lived in the Philippines for any amount of time, know that this is a common practice. I wrote about this Philippine phenomenon shortly after we moved here over four years ago in an article titled "To Pee or Not to Pee."

By now, I'm immune to it and though I've never been brave enough to unzip and pee in public during daylight hours, I have been known to relieve myself on darkened public streets in Guimaras during Manggahan Festivials.

I sincerely hope that local officials will no longer feel the need to waste public funds on any more male public urinals. They are not necessary and are sorely underutilized. How about using those monies for pan de sal for puppies, or some other good cause?