Nita Negrita, a new Philippines television drama on GMA,  is a blatantly racist show where the lead, Barbie Forteza (shown without  blackface  in photo below), undergoes 1 1/2 hours of makeup daily to put on what is essentially Philippines blackface. The program manager, Regine Alba, states the makeup is applied to exaggerate Barbie’s skin to emphasize that her character is of African-American descent. What a total load of CRAP! 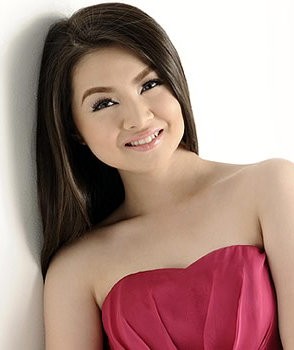 Regular readers of PhilippinesPlus.com know that this is not a politically correct site. Come on! Just check out the voluptuous videos of Fil-Am Weather Girl, Elita Loresca (and the fact I use the term “weather girl.”) But I personally find this show offensive and I’m a white-skinned, Kano redneck. Well, check out the video and see what you think. I first came across this show when I saw full page ads for this drama displayed in newspapers in the Philippines. Sometimes living in the Philippines is like taking a time machine and going back 50 years to life in America. I just don’t get it.

WANT TO JOIN THE FIGHT AGAINST THIS SHOW? CHECK OUT THIS WEBSITE THAT IS FIGHTING PREJUDICE IN THE PHILIPPINES.