The cost of sinning is going up in the Philippines this coming January 1, 2013. I’m not talking about “bar fines” at some strip joint in Angeles City. I’m referring to the the price of smokes and booze. 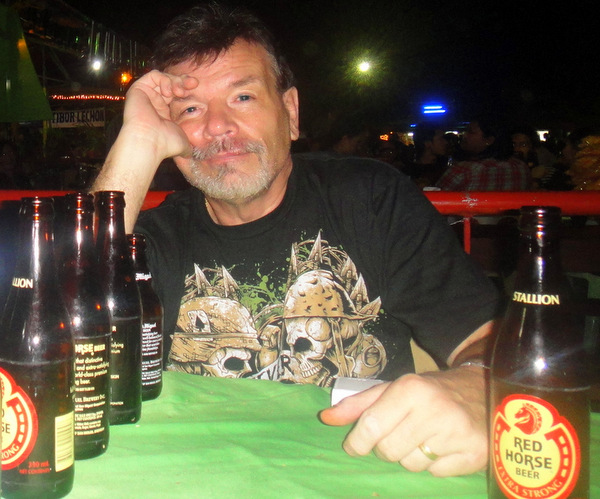 Stood on our front porch at our home in Guimaras Island the other morning sipping  a steaming cup of Lyons Red Label tea. Not as good as Twinnings English Breakfast, but at 40 pesos (1.04 US Dollars) for a box of 20 bags, it's a lot cheaper than the 199 pesos ($2.35)for a box of 25 bags for the Twinnings brand. Yeah, at a savings of over a buck a box, that's a substantial difference. With the plunging stock market and US dollar going down the tubes thanks to the shennigans of our elected officials back in the States and their failed economic policies, we've got to save money where we can. Like many folks all over the world, we're cutting costs wherever we can. And yes, I use each tea bag twice in case you're wondering.

"Smokers face arrest in city of Manila." That was the blurb on the front page of yesterday's The Philippine Star as I sat reading the free copy of my favorite newspaper in the RP at the Jollibee just down the street from the Bureau of Immigration in Intramuros, Manila.  As I wiped off the sickeningly sweet mayo dressing that the fat bee's staff smeared on my egg and sausage pan de sal, I turned to the article which had the headline"Lim orders arrest of smokers in Manila" and checked the story out. Alfredo Lim, Manila's Mayor, who was embroiled in the August 2010 Hostage Rescue Fiasco,  is playing "hardball" and made the following statement:"From top to bottom,  from the highest ranking official down to the janitor, all will be apprehended. We are strictly enforcing all ordinances and laws that prohibit smoking. Violators face the penalty of paying a fine, imprisonment, as well as administrative sanctions." ( Photo from Flickr.)