A few blog posts ago, I promised to tell the true eyewitness account as related to me by The Sainted Patient Wife, of a witch or aswang, (Manananggal, as they are commonly called in the Western Visayans in the Philippines) that her family crossed paths with  in San Miguel, Jordan Guimaras, in the Philippines. I relate this story to you and include all the details as told to me by my wife Melinda. Nothing has been embellished in the retelling of this story.

When I ended yesterday's blog entry on the story of how I met The Sainted Patient Wife, a destructive earthquake had just shattered Taiwan killing thousands, and major aftershocks were still rippling throughout the nation. I had no way to check Melinda’s status in Taipei City; I had no phone number there, so I decided to see if I could get any information from the Internet. I posted a question in a forum that was discussing the earthquake and asked if anyone knew what the status was in Taipei City. 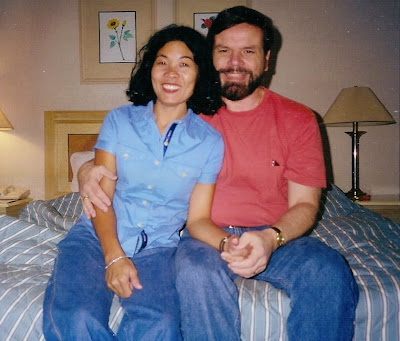 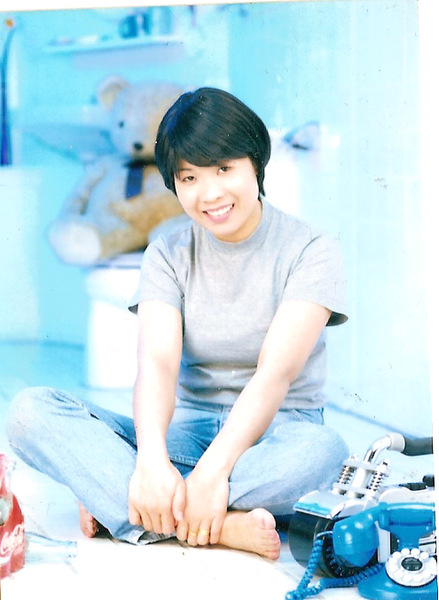 Continuing with how I met The Sainted Patient Wife, my previous blog ended with me wondering why after a month of correspondence from Maria Melinda, the letters abruptly halted. Could not call her; there was no number to call. Her employer in Taipei City, Taiwan, did not allow her to make or receive any calls from their home. (Photo below is one that Melinda sent to me in her first letter! I had the photo enlarged, framed it, and always kept it on my desk at work.)

Thanks to a faithful reader, David (love that name), who asked how I met the Sainted Patient Wife in a previous comments section. I gave him the really short version; let me tell you the rest of the story, as the late Paul Harvey would say. 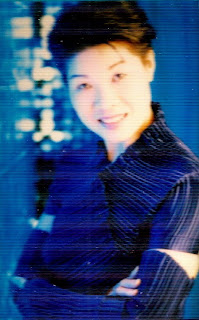