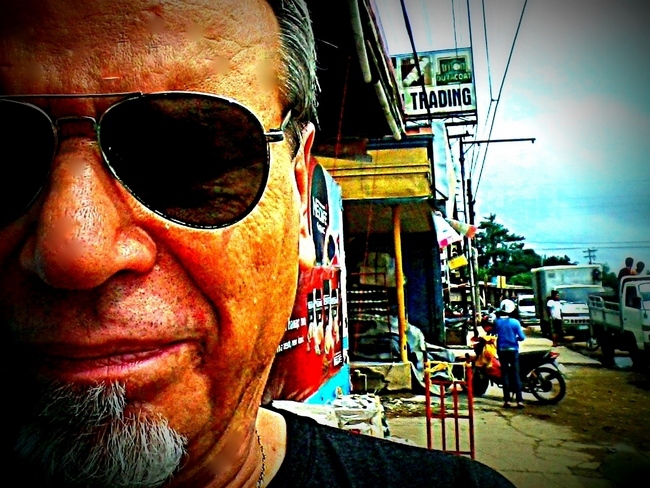 I first posted this story on December 3, 2014. It no longer appears on this website, but, being in a nostalgic mood, I decided to re-publish it today. It deals with “Filipino Time” and old geezers. “Filipino Time” is the practice of some Filipinos who never arrive on time for anything, even their own funeral. Your truly, “The Kano,” is the “old geezer” of course. Here’s the story:

I’ve lived in the Philippines since 2009. One of the things that I’ve learned to adjust to (aside from guys peeing in public on the streets) is the lack of mail delivery service that we had back in the States. Disparage the USPS all you want. If you have never lived overseas, you have nothing to compare it to.

Pee tree in our province of Guimaras

Mail service in the Philippines makes the United States Postal Service look better than all the girls at closing time (with apologies to Mickey Gilley.) Now a new PhilPost office opens in mango land, Guimaras, but should I send my mail from the States there?

My wife warned me that sending mail from the Post Office near the wharf, our only previous PhilPost office on the island, should be avoided at all costs. I listened to her (for once.)

After one trip to the main post office in Iloilo City (and one rude clerk later), I have been sending all correspondence to the States from the PhilPost location in SM City in Iloilo.

Living on the Edge

All my birthday and Christmas cards I have sent to my Dad in Las Vegas have always arrived on time without fail. So if it ain’t broke, why fix it?

Guess I like to live on the edge. When I saw the sign for our new post office in Guimaras go up about a month ago, I thought this would be a good time to send my Christmas card to my Dad. Thus, I would avoid a trip to Iloilo on nearby Panay Island.

It takes a good four hour round trip once you factor in the trike ride to the jeepney stand in Guimaras and the jeepney ride to Jordan Wharf. Then there’s the wait for the pump boat to fill up with passengers and the 15-minute trip to Ortiz Dock in Iloilo. In addition, it’s about another 35 minute jeepney ride to SM City. During the spell of hot weather we’ve been experiencing, making a trip to Iloilo just to mail a letter or card can become exhausting for an old geezer like me.

My wife gave me “the look” when I told her of my plan to mail Dad’s Christmas card from the PhilPost office in mango land.  She did not think that was a good idea and had already predetermined that my Father’s card will never, ever reach him. Call me an optimist.

Call me an adventurer. I decided to give the new office a chance. I could always send my Dad a back-up e-card just in case.

So while my wife was buying some bags of cement over at Southern Trading I had our regular trike driver NoNo take me over to the new PhilPost office.

Neither one of us really knew where it was but thought it was in an area where our local government offices are located. NoNo drove down the end of one road and asked an older Filipina office worker for directions. The gentleman announced the office was near the wharf. We both knew the man was speaking of the old post office. NoNo went over to the capital building to ask one of the guards there.

If you ever need to find out where a location in the Philippines a security guard is sometimes your best bet. I say “sometimes” because some guards will give you wrong directions, not wanting to admit they have no clue as to what you are talking about. It’s potluck. But remember, I’m an adventurer.

But we were in luck! We had hit pay dirt! A man posted near the guard informed us that the PhilPost office was indeed located inside their building. NoNo walked into the building with me, filled with different government offices.

“Is the new PhilPost office here?” I politely inquired.

“What time does the office open? “ I asked.

Being married to a Filipina for almost 15 years and well-acquainted with the concept of “Filipino Time” I waited. And waited some more. I’m sure the sight of a kano was drawing some attention from the workers. After 15 minutes, knowing my wife was probably waiting for me at Southern Trading, I took off, Christmas card in hand.

After visiting the site of our new property and checking on the progress of the nipa hut being built, my wife and I returned home. She planned to have a manicure and pedicure done. She asked if I wanted to mail the card.

Why not? It was now lunch time so I figured the office would be closed for lunch but it beat sitting around a beauty parlor watching my wife have her nails done. I might be retired, but my boredom level does have a limit.

I walked a couple of blocks over from the manicurist and entered the capital building. And there at the PhilPost desk was a polite gentleman who advised me it would only cost 45 pesos to mail my card to the States.

“8;30, sir, but today I was late because I had to stop at another PhilPost office first,” came the reply.

“Oh, OK, thank you, sir,” I said, “no doubt someone told you a kano was in here earlier wanting to mail something.”

He nodded. I shook his hand, thanked him and caught a trike back home. I hoped and prayed that the Christmas card would reach my Dad in Las Vegas. This old geezer never relishes hearing those words from my asawa, words that no married man likes to hear:

(My Father did receive his Christmas card in Las Vegas before Christmas. My wife had “no comment.”)