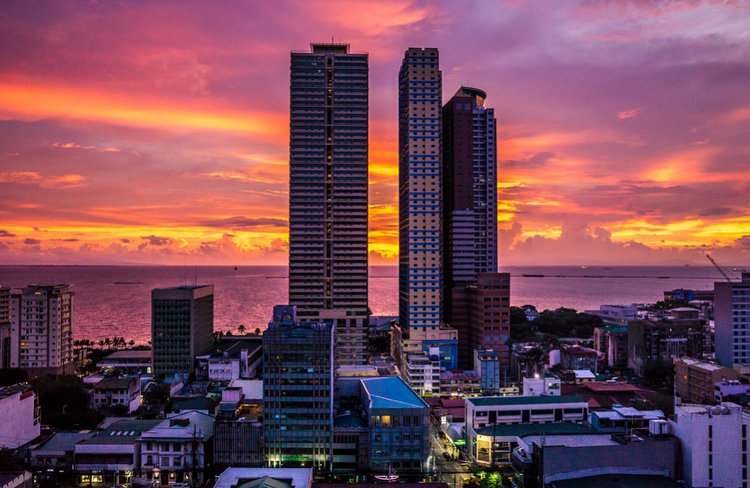 I had written a past post proclaiming a “glimmer of hope” in the Philippines regarding the coronavirus pandemic. However, that “glimmer” has now vanished faster than a politician’s promise. 8,013 new COVID-19 cases were reported for March 22, 2020.

That was a new record high for the Philippines since the “pandemic” began a little over a year ago. Coronavirus cases in the Philippines had slowed to an average of less than 2,000 new cases before March 2021.

In response, the IATF, Inter-Agency Task Force, again imposed strict lockdowns in Metro Manila, Bulacan, Cavite, Laguna, and Rizal. Only authorized persons can do essential travel into and out of these areas.

Officials call it a “bubble.” I call it what it is, a lockdown. If you’re closing businesses, restricting minors and seniors over 65 from leaving their homes, that’s not a “bubble.”

That’s a lockdown, pure and simple, no matter how government officials try to spin it.

The new restrictions run from March 22 to April 4, 2020 (at least for now.) A curfew runs from 10 p.m. to 5 a.m. However, workers, cargo vehicles, and public transportation will not be restricted. Arrested for curfew violations have been thousands of Filipinos.

No indoor dining at restaurants is being allowed, only outdoor dining and take-out orders. Parlors, salons, and other personal health care services may continue operating at 50% capacity. Banned again are mass gatherings, including large religious activities. Allowed are weddings, baptisms, and funerals but with only 10 participants.

The government’s economic council is against the strict lockdowns. Those officials state that a return to a tighter quarantine will raise hunger and unemployment figures in Metro Manila.

Some four million Filipinos were reported to be unemployed in January; up from 2.4 million a year before. The suicide rate has increased 26% from 2020.

The strict lockdowns has plummeted the Philippines into its worst economic recession since World War II. Its gross domestic product (GDP) shrunk by 9.5 percent in 2020. Despite this, one of the longest and strictest lockdown in the world continues. It’s “Metro Manila Meltdown Mayhem.”

The Department of Health, DOH, Secretary blames the surge on complacent, pandemic-fatigued Filipinos. Refusing to take any personal responsibility, officials are quick to blame everyone but their own inept handling of the pandemic.

“The ineptitude of the DOH and [the task force] is glaring from our lack of an effective tracing and tracking system, which is critical to our ability to control the spread of the virus,” Senate Minority Leader Franklin Drilon said in a text message.

Presidential Spokesperson Harry Roque announced that the government would shut down churches that violate the ban in mass gatherings. Next week begins “Holy Week.” Doesn’t matter to the government. While crowded malls are still allowed to operate, churches are again banned from having services.

However, the Archdiocese of Manila decided on Tuesday, March 23, to defy the Philippine government’s ban on religious gatherings.

The Bishop claims that 10% capacity does not constitute a “mass gathering.” He insists that the Task Force should clarify its new rulings.

The government claims they can reduce the daily caseload by 25% by the end of the two-week lockdowns. Roque claims the government goal is “realistic.”

However, Senator Francis Pangilinan predicted that the Philippines could just go into repeated lockdowns for months. The Senator says the Task Force needs to deal with serious gaps in mass testing, contact tracing and isolation, and delays in the vaccine rollout.

At the rate vaccinations are being released, it would take the country until 2033 to hit herd immunity, Senator Panfilo Lacson said.

“We wasted a year,” Recto told the Inquirer.net.

Recto said experts from the private sector, including those knowledgeable in public health and logistics, should have a bigger voice in the task force. The Task Force is stacked with former military and police officials, all appointed by President Duterte.

“It’s all their fault,” Recto said, referring to the task force.

Senator Risa Hontiveros agreed that the task force should be overhauled instead of abolished.

“It is clear as day that we need to overhaul the [task force]…“It must be led by public health experts and epidemiologists, not by military officers,” Hontiveros said.

Hontiveros goes on to say that, “The [task force] has continuously and confidently walked in the wrong direction, backward…”

The government, however, blames the surge on coronavirus variants instead.

“We were excellent,” Roque said when previously asked to assess the government’s performance in handling the pandemic.

Frankly, I don’t know what alternative universe Roque is living in.

With reporting from the Inquirer.net and CNN Philippines