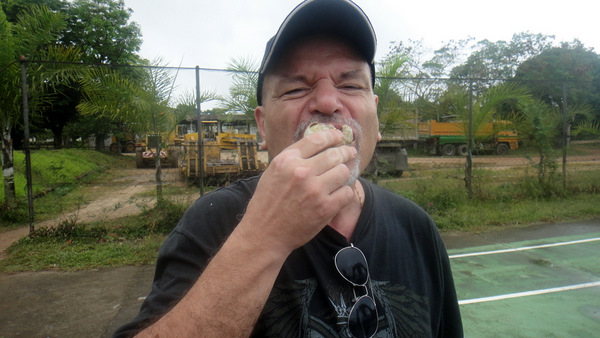 First of all, if something is a secret, I probably shouldn’t be revealing it. I’ve lived in the Philippines for over 11 years. As a result, I’ve learned how to curry favor among the locals. Hence, I felt compelled to share this post “7 SECRETS TO BECOMING A POPULAR EXPAT IN THE PHILIPPINES.”

“7 SECRETS TO BECOMING A POPULAR EXPAT IN THE PHILIPPINES”

While you might not care to be popular, if you’re a foreigner in the Philippines, you may achieve “celebrity” status whether you want to or not. Consequently, if you don’t mind becoming popular, here’s 7 Secrets to becoming a popular expat in the Philippines.

7. Your awesome good looks can get you confused for a movie star

Yes, it’s true. For some odd reason some Filipinos think we foreigners are “exotic.” I’ve heard many a Filipina whisper he’s “gwapo” (handsome) as I’ve walked by sales clerks at SM Department Stores. Furthermore, while taking a walk with my beautiful asawa one day, we passed by a local elementary school. Heads were turning.

As we walked on, my wife informed me that one of the young ladies exclaimed, “He must be an American movie star!”

6. Knowledge of the local language

“Salamat” (thank you) is an easy one. “Salamat, po” thank you sir or ma’am is another one. While “po” isn’t common in the local language of Guimaras or nearby Iloilo City, Hiligaynon, I still throw it out there. Use a few phrases yourself on a jeepney, and watch all the Filipinos’ reactions. They’ll love you for it.

Furthermore, if you do attempt to learn a local language, be prepared it you don’t pronounce a word correctly. My wife usually corrects all my mispronunciations. Hence, it’s another reason I don’t try to learn. I just fall back on my “too old and too lazy” excuse.

In contrast to being popular, however, first let’s explore the number one way in which a foreigner might become unpopular, causing a Filipino to “lose face.” It’s not a wise thing to do. Moreover, doing so could result in bodily harm to yourself.

Losing face is an idea akin to losing dignity or becoming publicly embarrassed. To cause one to lose face or lose face yourself is a very bad thing in Filipino culture, as well as many other Asian cultures. If you cause a Filipino to “lose face,” you are not showing them the proper respect.

For example, I knew of an expat who publicly embarrassed one of his workers. The foreigner “frog-marched” the Filipino laborer across his front yard in front of his fellow co-workers.

That was an extremely dangerous thing to do. If you’re unhappy with someone here, it’s never a good idea to make them “lose face.” In fact, the offending foreigner was reportedly on a “hit list” for embarrassing his Filipino worker.

The offending foreigner has since died.

Pilgrims, be aware that once you’re in the Philippines you will be asked to be a Ninong (godfather) or Ninang (godmother) during the christening of a child. While you’re expected to give gifts (usually financial) during the actual christening of the child in a church, by tradition you’re also expected to buy presents for the child on his/her birthdays and on Christmas.

(Moreover, yes, don’t forget Christmas. The Philippines has the longest Christmas season in the world. For example, we were in SM City Mall in Iloilo this past Monday, September 1. September marks the beginning of the “ber” months, when the Christmas countdown begins. The mall was already playing Christmas music. In addition, a taxi cab driver on our way to the Parola Terminal had his radio on. What was the station playing? Christmas music, of course, on the first day of September.)

Personally, I like the advice given on TheDisciplers.com. This Baptist-based website encourages parents to get someone who can influence your child in the future. Don’t just pick a Ninong or Ninang so they can buy your child gifts. The most important thing that you can do if you are a Ninong and Ninang is to give lessons on lifelong moral values and about God.

Of course, while you may became more popular, more people will want you as a Godfather or Godmother on a regular basis. Personally, since now living in the Philippines for over 11 years, we no longer fulfill any Ninong or Ninang requests unless the request comes from a close relative or friend.

Ninongs and Ninangs are also on demand for weddings.   A Filipino wedding involves people who are also significant in the couple’s life: the Principal Sponsors and the Secondary Sponsors, aka the Ninong and Ninang roles. You’re expected to make a cash donation. We usually chip in 1,000 pesos, about 20 US dollars.

3. Giving Fair Wages to the Locals

A fair wage in our region of the Philippines is 350 pesos a day for laborers, seven US dollars, and 500 pesos a day for carpenters, 10 US dollars. Pay your workers on time (usually at the end of the week, Saturday) and they’ll be happy. We currently have our brother-in-law Joery, our carpenter/plumber, and Gerry, our laborer friend, working on a new Puppy Palace for some of our canines. I’ll have more on the puppies’ new digs in a future post.

While we don’t have a domestic helper anymore, the going rate for a helper in our region, Western Visayas, is around 4,000 pesos a month. That’s 80 USD. Our former helpers worked six days a week with Sundays off.

Furthermore, our niece Shaina who lives with us has assisted us since the lockdown began in March. However, Shaina, who teaches at my sister-in-law’s private school in Guimaras, has started teaching video classes and works four days a week now.

Hence, my wife is short-handed again. She’s taking care of her Father, who has Alzheimer’s, eight puppies, three chickens, our niece Shaina, and me. While I try to help with chores like boiling water every morning in our dirty kitchen, washing dishes, mowing the lawn, and cleaning the pool, I’ve given up on sweeping.

My wife insists on sweeping a room after I’ve already swept it.

2. Just Being a Foreigner

Just the fact that you’re a foreigner in the Philippines can get you the best seat in the house, which is usually a faded turquoise plastic chair. OK, while this secret is similar to “7. Your awesome good looks can get you confused for a movie star,” you can have a face like a dog’s rear end and still enjoy elevated popularity in the Philippines.

Just “being a foreigner” can bring you nods and smiles from almost every one you meet regardless of your looks.

Being a “big tipper” can also increase your popularity in the Philippines. Here’s what we generally give:

Dock porters for banca boats we use to travel between islands: 100 pesos, $2.00, minimum, more if we have a lot of stuff for them to carry. We use the boats quite frequently and have always employed the same porters in both Guimaras and Iloilo City docks for the past 11 years. While some other porters have told my wife we pay our porters too much, these guys work hard. I figure they deserve a little extra cash.

Hair Stylists, Manicurists, & Pedicurists: My wife tips 100 pesos for her stylist in Iloilo City. Me? I don’t have any hair.

My asawa gives a 50-peso tip to a manicurist or pedicurist. Me? I used to go with my wife but don’t have the patience to wait anymore.

In addition, I don’t tip fast food outlets like McDonald’s.

I also don’t put money in tip jars unless the service was above average and the food was good.

However, be aware of the downside of being a generous tipper. Everyone will run after you if your usual porter isn’t available.

“7 SECRETS TO BECOMING A POPULAR EXPAT IN THE PHILIPPINES”

Follow these “7 SECRETS TO BECOMING A POPULAR EXPAT IN THE PHILIPPINES” and you too, can become well liked and accepted in “paradise.” Oh, and that’s me in the lead photo. I’m eating balut, a Filipino favorite, a boiled egg embryo.