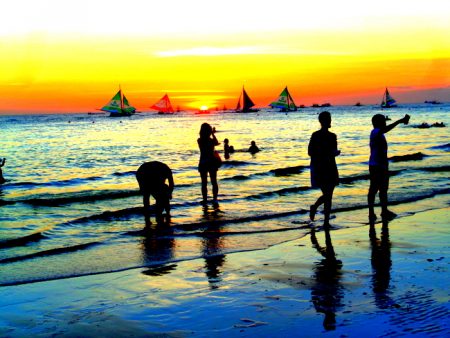 I’ve resided in the Philippines for over 11 years. As a result, I consider myself a seasoned American expat in this archipelago. However, recent news reports that only foreigners with long-term visas could return to the Philippines was somewhat confusing.

Only Foreigners with Long Term Visas Allowed Back in Philippines

Why? Because foreigners with Filipino spouses were already welcome to return to the PH. In addition, officials of foreign governments and accredited international organizations have been allowed to enter the country.

Moreover, news reports on local TV stations only added to the mix-up.  The news broadcasts I saw didn’t mention long-term visas. If I believed their news reports, it seemed that any foreigner could return to the Philippines.

I wasn’t the only one confused. The Philippine Bureau of Immigration, BI, was besieged with calls and queries. Many people also thought that the country has opened its doors to all foreigners. That’s according to a recent BI press release.

In contrast, online media, like the Manila Times, got it right. On July 18, 2020, the news organization reported that the Philippines would allow the entry of foreigners with long-term visas in the country starting August 1. The government is seeking to revive the economy shut down by the coronavirus pandemic. The new policy came from the Inter-Agency Task Force for the Management of Emerging Infectious Diseases (IATF-EID.)

Furthermore, in a statement, Presidential spokesman Harry Roque Jr. said foreigners traveling to the Philippines must have valid and existing visas, which according to him, “means no new entry visa shall be accepted.”

“They are likewise subject to the maximum capacity of inbound passengers at the port and date of entry, as returning overseas Filipinos will be given priority,” Roque said.

The government banned the entry of foreigners as a precaution against the spread of the coronavirus disease.

Suspended since last March were visa issuances to foreigners because of strict quarantine measures to contain COVID-19. In addition, the also government suspended visa-free privileges of foreign nationals.

The Philippine Bureau of Immigration Pounded by Inquiries

On July 21, 2020, the Bureau of Immigration (BI) clarified that only foreigners with permanent or immigrant visas can enter the country starting August 1.

“For the information of the public, the entry of foreign tourists, non-immigrant visa holders, and other categories of aliens are still prohibited. They will be turned back if they land in any of our ports of entry,” BI Commissioner Jaime Morente said.

The BI Chief issued the statement upon learning that immigration offices at the airports and other field offices of the Bureau were being swamped with calls and queries from persons who wrongly thought that the country has opened its doors to all foreigners.

“The resolution of the Inter-Agency Task Force for the Management of Emerging Infectious Diseases (IATF-EID) is clear – only foreigners with existing long-term visas will be allowed entry beginning August 1. So if you are not a permanent resident here, do not attempt to travel to the Philippines because you will be excluded and denied entry by our immigration officers,” Morente said in the BI Press Release.

Here’s a look at some long-term visa categories according to the Bureau of Immigration website:

Most of my married foreigner friends on Guimaras, the island province we call home, have the Permanent Resident Visa (13a.) A few have left the Philippines to return to their home country. However, the current situation in the Philippines is subject to change at any moment. Best to check with your airlines first if you plan to return to the Philippines. You might also want to look at the information posted on the official website of the Tourism Dept. of the Philippines for any updates regarding travel.