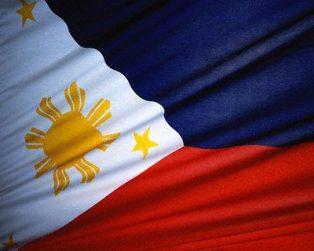 Change from RP to PHL Because of ISO

ABS CBN NEWS posted a story on October 29, 2010, to explain the country’s shift to a new abbreviation for the Philippines. The Philippines Department of Foreign Affairs (DFA) removed the “RP” acronym in 2010. The DFA replaced it with the “world-standard” initials PH or PHL.

The change was made because of ISO requirements. You can find the “ISO” certification tag on numerous television commercials and print ads. ISO is the International Organization for Standardization.

ISO is an independent, non-governmental international organization with a membership of 164 national standards bodies.

My first encounter with ISO came many years ago at AT&T. I remember a team of ISO “experts” who trained several of our managers. It was a big deal to be “ISO-Certified” so the bosses turned up the pressure on the “worker bees” like me to implement the ISO program for AT&T. Frankly; I think it was a huge pile of carabao crap and still believe that today.

What is the Proper Abbreviation for the Philippines?

Hence, when the DFA caught the ISO fever in 2010, they changed from “RP” to PH or PHL to “avoid the ambiguity and confusion” with the use of the initials “RP.”

In a press release, the DFA said the department and its Foreign Service Posts (FSPs) would shift from using “RP,” which stands for “Republic of the Philippines.” Hence, the initials “PH” or “PHL,” are the new ISO standards.

This move, the DFA said, was in line with the Philippine membership in ISO.  “The long standing usage of the initials “RP” is not in accordance with ISO codes, leading to ambiguous initials that can also refer to other countries,” according to the DFA.

These codes are used in the Philippines and abroad. They’re applied in airline ticketing, passport issuances, currencies, and internationally traded shares of stocks.

Consequently, the head honcho at PhilippinesPlus made an executive decision. Use “PH” to abbreviate the Philippines. Occasionally, I’ll use “PHL” when I’m feeling frisky. Frankly, “PH” or “PHL” makes more sense to me.

However, feel free to use whatever abbreviation floats your boat.