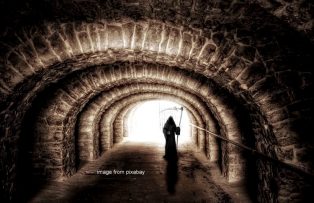 First of all, I ran across some intriguing information. A section entitled “U.S. Citizen Deaths Overseas”interested me. According to the U.S. State Department, the agency is required to collect information on U.S. Citizens who die in a foreign country from a non-natural cause.

Consequently, since I’m an American who has lived in the Philippines for over 10 years, I downloaded the State Department’s statistics for the Philippines. The information is updated every six months. I’ve compiled an infographic, seen below, which gives you a look at the statistics in a nutshell.

The information I gathered runs from January 2010 through April 2019. PAMPANGA province led the way with nine homicides. Angeles City accounted for the majority of the deaths in Pampanga. Pampanga is a province in the Central Luzon region of the Philippines.

Dead Americans in the Philippines

Here’s a disturbing account of a mass murder in Angeles City that ABS CBN NEWS reported on in 2010:

An American war veteran, his Filipino wife and three domestic helpers were found dead inside their residence by authorities.

The victims were found in different places inside the Mitchell’s house. Its location was Manuela St., Hensonville Court, Barangay Malabanias.

Hensonville Court is an exclusive subdivision where foreigners, mostly retirees, reside. The place has 24-hour guards. However, the killers made off with their loot and eluded the subdivision’s security guards.

Residents told reporters that it was the first big crime that happened inside the subdivision.

The victims were shot at point-blank range by the suspects. All of them, including Mitchell’s domestic helpers, bore gunshot wounds.