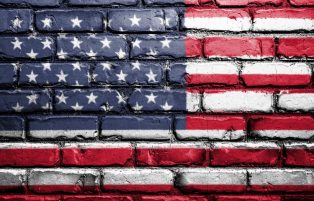 Bryan Richard Roche, 59, was a native of Boston, Massachusetts. He came to the Philippines about two years ago. He was a retired U.S. Army soldier living on his pension. Roche was found lying dead on his bedroom floor around 10:42 pm on Sunday evening, September 15, 2019 in Cagayan de Oro, CDO.

The retired military man had a Filipina live-in partner, Lain Manzano, 49. They lived in a housing subdivision in Barangay Camaman-an in CDO. CDO is located in Northern Mindanao.

Police ruled out foul play in the American national’s death. Law enforcement officials said he was “presumed to have died of natural death due to health problems.”

Furthermore, Roche had been confined at a nearby medical facility hours before his death.

The police report said Roche was admitted at the Maria Reyna Xavier University Hospital. He was diagnosed with acute pancreatitis, or the inflammation of the pancreas, and hypertensive urgency.

American Checks Himself out of Hospital

City police spokesperson Major Evan Viñas said the victim insisted on going out of the hospital against the doctor’s advice on Sept. 15. He said Roche signed a waiver and was released on Sunday afternoon. As a result, the American was allowed to leave. “He told his partner (Manzano) he would rather stay at home than at the hospital,” said Viñas.

First of all, since the man was an American, that caught my attention since I’m a retiree from Central Illinois.

However, I wonder why his partner Manzano was reportedly out of the house for several hours when Roche was such in a dire medical condition? She found his body around 10:42 pm. That means she was out of the house on a Sunday evening.

Furthermore, the couple had traveled to the U.S. on several occasions which indicates they hadn’t just met. While I’m sure there’s a perfectly good reason the woman was gone, in light of the circumstances, I find it somewhat disturbing.

Neighbors confirmed to police that the victim’s partner left Roche inside the house alone for a few hours. “She must have been gone for hours, and when she came back, she found Roche already dead,” said Viñas.

The American Embassy in Manila has been informed of Roche’s death.

Curious, too, was the fact that Roche was briefly detained at a local police station on June 6, 2019 for grave threats filed by a neighbor. However, the complaint was later dropped.

Hence, I can perfectly understand why the man didn’t want to stay at a hospital. Some hospitals in the Philippines, unfortunately, have substandard facilities. We’re fortunate to have excellent emergency room services available at Medicus City in Iloilo City.

Finally, it’s always sad for me to hear of another U.S. citizens death in the Philippines, whatever the circumstances.

With reporting from The Philippine News Agency