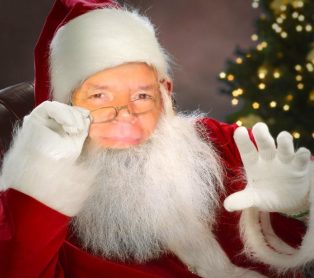 Rather than allow our eight canines to bite some workers coming to our property yesterday, I was outside taking some of our pooches inside our garage terrace. My wife was on our front porch. She was feeding several of our dogs. However, I noticed she was intently staring at me. “Are you looking at how handsome I am today?” I jokingly enquired. “No,” my asawa answered, “your beard doesn’t look as crappy.”

“I trimmed it a few days ago,” I declared, “you’re just noticing it now?”

Consequently, there was no reply.

I pushed our puppies into the garage terrace as I rewarded them with a treat. The terrace area has a gate. One of our prize pups, “Squeaky,” had chewed on some wiring on our Aurora Blue Ford Ranger XLT years ago. Our brother-in-law Joery had secured the area with a gate to keep “Squeak” from doing any further damage.

(Incidentally, “Squeak Squeak” is undoubtedly the cutest dog on the whole planet. However, the pup is too modest to admit it.)

First of all, I didn’t start out with a “crappy beard.” It all began with a “crappy mustache” when I was in my early Twenties. I was employed at Welles Department Stores in Springfield, Illinois, at the time. A bespectacled female co-worker at Customer Service liked the mustache I was growing.

“It looked ‘Chinesey,’” she proclaimed. She meant it as a compliment. I took it as one and later impressed her by swallowing a live goldfish whole one day. We had a kiddie pool at the front of the store filled with live goldfish. As I stood by the Customer Service Desk, I swallowed one whole and almost choked to death.

At the time, I was the Men’s Department Manager.

Small wonder that the parent company of Welles, Miller-Wohl, filed for bankruptcy on Sept 29, 1972.

However, I worked for numerous companies that went out of business. One of the them was Steinberg-Baum, located at 9th and South Grand, in Springfield, Illinois. I worked there for a few months in 1970 before enlisting in the United States Air Force.

The store manager was Joe Jallas. Mr. Jallas was a tough guy, but fair.

The “Bad Boy” Pays a Visit

One day a bombshell hit the store! “Babe” Gabriel had just entered the store and was looking for “Ernie.” “Ernie,” a Springfield police officer, filled in as security when off-duty.

Now “Babe” Gabriel had a well-deserved reputation as one of the meanest, toughest, ornery outlaws in town.  To say that Gabriel was “known to law enforcement” in both Springfield and Colorado would be an understatement.

Gabriel Dies in a Colorado Prison

He was linked at one time or another with crimes involving drugs, guns, burglary, arson, and murder according to a report in the SJR.

He died at age 67 in 2012 while serving a 50-year sentence at Buena Vista Correctional Center in Colorado. “Babe” was convicted in 1987 for unlawful manufacture, possession, and distribution of a controlled substance, possession of explosives and burglary.

Everyone was running around the store in a near-crazed state looking for “Ernie.” I caught a glimpse of Springfield’s most notorious outlaw. Thankfully, he never approached me. However, if memory serves me correctly, “Ernie” was not on duty at the store at the time.

And that was it.

I Worked for Numerous Companies that went Bankrupt

Thankfully, AT&T, where I was employed for almost 30 years is still around. They have survived for over 100 years despite my prior employment with them.

Moreover, here’s the rest of the story where the “crappy beard” first began at, AT&T.

The “Crappy Beard” comment, which has evolved into a saga, began when I was about 40 years old. I was working at AT&T in Springfield, Illinois. My American wife of a mere nine months had filed for divorce. Perhaps that’s what prompted my desire to start growing a beard.

After about two weeks of beard growth, one of my female co-workers made the following remark:

Consequently, how could I not continue to grow the beard?

Because of Steve Horn and the Grace of God

I lived in Las Vegas for almost a year. My parents were living there and I was taking a break from AT&T. However, thanks to AT&T Manager Supreme, Steve Horn,and the Grace of God, I was able to get my job back at AT&T and retire after almost 30 years of service, as mentioned previously.

If not for my years at AT&T and my pension from there, I probably would have never ended up retiring in the Philippines. For that, I will always be grateful.

The Beard Almost Gets Me into Trouble in Vegas

While in Las Vegas, I worked as an Assistant Manager of the Electronics Dept. for Service Merchandise. Consequently, add that company to the list of businesses that I worked for that eventually went out of business.

The company had their annual Christmas party. It was a casino on the Las Vegas strip. The casino’s name eludes me. Also, I’m an old geezer and this event happened over 25 years ago. I can barely remember what day of the week it is let alone something that happened decades ago.

However, I do remember that I came alone. I had been divorced for years and hadn’t met a Southern stunner I dated in Vegas until a couple of months after the party.

The Big Dude’s Wife is giving me the Eye

Scott was our Warehouse Manager. He was a big guy. Good-looking man. Friendly, but you certainly did not want to get on his bad side. His attractive blonde wife was at the Christmas party. She kept staring at me.

It seems like every time I looked up, Scott’s spouse was gazing at me. This isn’t good, I thought. The big guy is going to be pissed.

The next day at work, I saw Scott at in the warehouse. He called me over. I walked over very cautiously.

I walked away. Thankful for another day on earth.

By the way, Scott did grow the beard. It looked good on him.

I shaved my mustache several years and shaved my sideburns. My mustache and beard had gone gray years ago. However, my mustache retained some dark color right below my lip. It looked like I had a little “Hitler” mustache.

That wasn’t acceptable. Therefore, I went with what Scott H, once described as a “Colonel Sanders” look. Here’s why the Iraqi War Veteran gave me that moniker:

“It hides your face.”

That’s what one female AT&T worker said when I shaved off my beard one time.

However, my “crappy beard” is very similar to this photo with my lovely wife of almost 20 years. The bandana? I had hair transplant surgery almost 30 years ago. It left me with some ugly scars on the back of my head. If I had known that being bald was going to be in style decades later, I would never had undergone the surgery.

While I covered my baldness with some hairpieces from Jon Taylor over at Springfield, Illinois, I eventually had to have them replaced in the Philippines. After several “units” I purchased in Cebu City from Ms. Daisy at New Man’s, I decided to shave my head for good and not bother with the “rugs” anymore.

However, the bandana protects my fat, bald kano head from the sun. I’ve only had two security guards, both at SM City, ask me to remove my headgear. I tap my head, tell them there’s nothing there, and waltz right in.

The following picture is from last November, however, the “crappy” beard currently looks similar to what I’m sporting today.

The current look will probably stay. The full beard is mostly gray and ages the old geezer even more. Here’s a look at the full beard, a rare photo that features “Captain Tom” with his beard. The Cap, unfortunately, shaved his beard off when he met the love of his life, LenLen.

No, that’s not LenLen in the picture. That’s “Mae” from the “Old Shirven.”

It’s All About the “Plus”

Today’s episode had nothing to do about the Philippines. It falls into the “Plus” category of “Philippines Plus.” Being a senior citizen, I do tend to ramble occasionally.

Just ask my wife. However, just don’t mention the “crappy” beard. I don’t want her to get accustomed to me trimming it all the time.