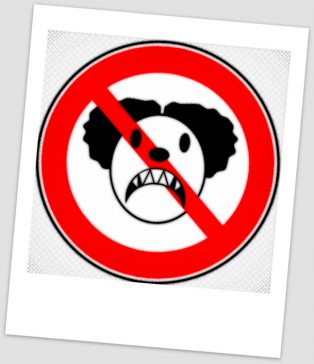 Because I recently posted an article regarding “public charges,” I wanted to explore this topic further. Hence, thanks to some additional research, I discovered some more information. The World Wide Web is a wonderful thing, isn’t it? Beats lugging around a huge encyclopedia as was the case when I was going to school. However, that was in the day that dinosaurs roamed the earth.

The Philippine Immigration Act of 1940

The following material comes from the OFFICIAL GAZETTE OF THE REPUBLIC OF THE PHILIPPINES.

Commonwealth Act No. 613, August 26, 1940. “The Philippine Immigration Act of 1940.” AN ACT TO CONTROL AND REGULATE THE IMMIGRATION OF ALIENS INTO THE PHILIPPINES.

However, I wanted to focus on only one section of the lengthy document: EXCLUDED CLASSES.

I’ve shortened the list of actual exclusions. Therefore, I’m only listing 12 of the 17 actual exclusionary categories listed in the Act. Keep in mind that this law was passed in 1940. It contains terms such as “idiots,” which some may find offensive.

Here’s what the law states:

SEC. 29. (a) The following classes of aliens shall be excluded from entry into the Philippines:

(1) Idiots or insane persons and persons who have been insane.

(2) Persons afflicted with a loathsome or dangerous contagious disease, or epilepsy.

(3) Persons who have been convicted of a crime involving moral turpitude.

(4) Prostitutes, or procurers, or persons coming for any immoral purposes.

(7) Persons who practice polygamy or who believe in or advocate the practice of polygamy.

(8) Persons who believe in or advocate the overthrow by force and violence of the Government of the Philippines.

(9) Persons over fifteen years of age, physically capable of reading, who cannot read printed matter in ordinary use in any selected language.

(10) Stowaways, except that any stowaway may be admitted in the discretion of the Commissioner of Immigration, if otherwise admissible.

(11) Persons coming to perform unskilled manual labor in pursuance of a promise or offer of employment express or implied. However, this provision shall not apply to persons bearing nonquota immigration visas authorized by section twenty of this Act.

I have to wonder. How many people listed themselves as “idiots” or put “prostitute” or “pimp” as their occupation?

Nevertheless, there you have it, “Top 12 Reasons to get Banned from Philippines.”