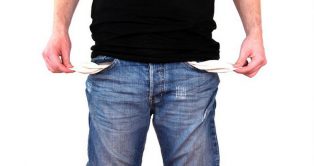 A July 29, 2019 Philippine Bureau of Immigration Press Release reported 2,300 aliens were denied entry in the first half of 2019. The majority of those were foreigners without any visible means of support and whose purpose of coming here were doubtful. The Philippine government was concerned that those barred could become “public charges.”

Foreigners w/o Visible Means of Support Barred from Philippines

Consequently, this article serves as a notice to any foreigner wanting to come to the Philippines. I’ve already posted several Bureau of Immigration (BI) warnings regarding the “public charge” issue in the past.

LET ME EMPHASIZE THIS AGAIN:

IMMIGRATION IS CRACKING DOWN ON ANY FOREIGNER THAT DOESN’T HAVE A VISIBLE MEANS OF SUPPORT. THE GOVERNMENT DOESN’T WANT YOU TO BECOME A “PUBLIC CHARGE.”

Frankly, not only is Immigration denying entry to those trying to enter the Philippines, they’re also kicking out any foreigners already living here without adequate means to support themselves.

New Efforts to Kick Out Loafers

Consequently, if you’re lying around on your sofa watching TV all day and don’t have a pension or any means of support, the government is making a determined effort to weed those foreigners out of the country.

The foreigners being banned are a result of the agency’s intensified efforts to thwart the entry of aliens whose presence here are deemed unfriendly to public welfare and safety.

Don’t Have a Job or Pension?

First of all, why would a Filipino hire you in the first place? Because you’ll be lucky to make eight US dollars a DAY if you’re even hired.

Likewise, there’s already plenty of qualified Filipinos looking for a job. They would be happy with an eight bucks a day wage.

Also barred were visitors who were rude and disrespectful to immigration officers. Also expelled were those foreigners with incomplete travel documents.

Topping the list of excluded aliens were 1,129 Chinese nationals. Next were 106 Indians, 87 Americans, 52 Taiwanese, and 67 Koreans.

Furthermore, 1,920 of the aliens did not make it into Manila’s Ninoy Aquino International Airport. The rest were excluded at airports in Mactan, Clark, Kalibo, Aklan, and Davao.