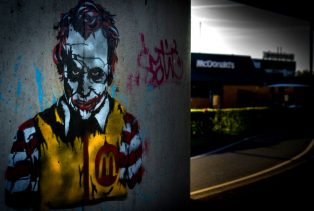 I like this new Manila mayor. In contrast to former Manila chiefs, Isko Moreno is on a fast track to “git ‘er done.” While former actor Moreno may be a better dresser than Larry the Cable Guy, he’s still following Larry’s advice. Furthermore, the mayor is literally taking a sledgehammer to clean up Manila. When the Mayor’s not having Chinese guys arrested for peeing in public, the Manila mayor orders Jollibee and McDonald’s to hire old geezers.

In over ten years since retiring to the Philippines I have never seen an older person working at a McDonald’s save for one manager at a McDonald’s in Bacolod City. Furthermore, the man wasn’t even close to being in the senior category but was middle-aged.

REPUBLIC ACT NO. 10911 enacted into law on July 21, 2016, states that it is an ACT PROHIBITING DISCRIMINATION AGAINST ANY INDIVIDUAL IN EMPLOYMENT ON ACCOUNT OF AGE.

However, here’s the kicker:

Sec. 6. Exceptions. – It shall not be unlawful for an employer to set age limitations in employment if:
(a) Age is a bona fide occupational qualification reasonably necessary in the normal operation of a particular business or where the differentiation is based on reasonable factors other than age. (Source: Chan Robles Virtual Law Library.)

Nevertheless, kudos to Mayor Moreno for trying to buck the status quo.