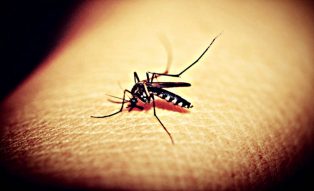 It’s official. “Dengue Exceeds Epidemic Threshold.” A nationwide dengue alert has been issued in the Philippines. The surge of dengue infections has reached more than 15,000 in Western Visayas, the highest in the country. That’s the region of the Philippines we moved to over 10 years ago. Furthermore, Guimaras, our island province, leads all provinces with a staggering 1,030 percent from the same period last year.

Three other regions in the Philippines have also exceeded the epidemic threshold for dengue. As announced by Health Secretary Francisco T. Duque III, those other regions are MIMAROPA (Region IV-B), Central Visayas (Region VII), and Northern Mindanao (Region X.)

“Compared to the 4,684 and 40 deaths recorded last year in the same period, we registered a 236 percent increase in the number of cases,” she said.

Our 13-year-old nephew was visiting us over the weekend with his younger sister, our niece. The lad woke up Sunday morning with a high fever and troubling cough.

My asawa rushed him back home and alerted his Mom and Dad. Consequently, the boy’s Mother immediately took him to the nearest healthcare clinic for a check-up. The diagnosis? Dengue fever. His sister and another niece of ours in their household already have dengue infections.  Thankfully they are on the road to recovery.

The most effective way to prevent dengue is still the 4S strategy.

2. Self-protective measures like wearing long sleeves and use of insect repellent.

3. Seek early consultation on the first signs and symptoms of the disease.

4. Say yes to fogging if there is an impending outbreak.

With reporting from the Manila Standard & Daily Guardian