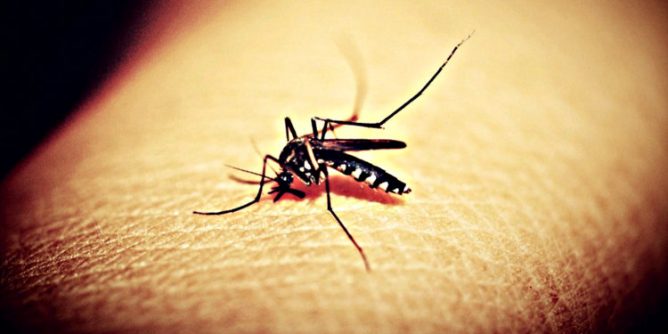 Guimaras, in the Western Visayas, is the island province we call home. A dengue outbreak was declared in Guimaras on Thursday. Furthermore, this comes on the heels of distressing news for our family. Two of our nieces on the island province have contracted dengue fever. Hence, this post: “Dangerous Dengue Outbreak Bites Guimaras.”

Nieces DenDen and Michelle are recuperating at home and suffering with rashes. My wife has brought over sweet potato leaves and young papaya leaves. The leaves are a home remedy for dengue fever.

Guimaras Governor Samuel Gumarin is declaring an outbreak of the mosquito-borne disease in the island.

A 1,046.5-percent increase of dengue cases with 493 is higher compared to last year during the same period.

There have already been two recorded deaths so far this year. Furthermore, the dengue cases in the island recorded this 2019 has exceeded the epidemic threshold.

Jordan municipality recorded the highest number of cases with 153.  Buenavista comes next with 109. 93 cases in Nueva Valencia. 72 in Sibunag and 66 in San Lorenzo.

21 barangays have three or more dengue victims recorded in each barangay.

Consequently, along with the declaration of a dengue outbreak, Gumarin ordered the creation of the Dengue Crisis Management Task Force. The Task Force will spearhead the response of the Provincial Government of Guimaras to suppress the rise of dengue cases.

Gumarin has directed all personnel in public healthcare facilities in Guimaras to be vigilant. The Governor wants free services and assistance extended to all dengue patients.

and the Provincial Health Office

The governor also ordered all barangays of the province to strengthen their clean-up drive in the community. He wants all breeding places of the mosquito carrying the dengue virus destroyed.

Frankly, we have not personally witnessed any clean-up drives in our particular barangay in Guimaras. However, we have personally been cleaning up our property and eradicating any potential mosquito breeding grounds.

My own asawa contracted dengue fever close to three years ago. She always wears a hat, long-sleeved shirt, long pants, and socks when working outside.

4. Support fogging/spraying only in hotspot areas where an increase in cases is registered for two consecutive weeks to prevent an impending outbreak.

(With reporting from Guimaras PIO and Panay News)