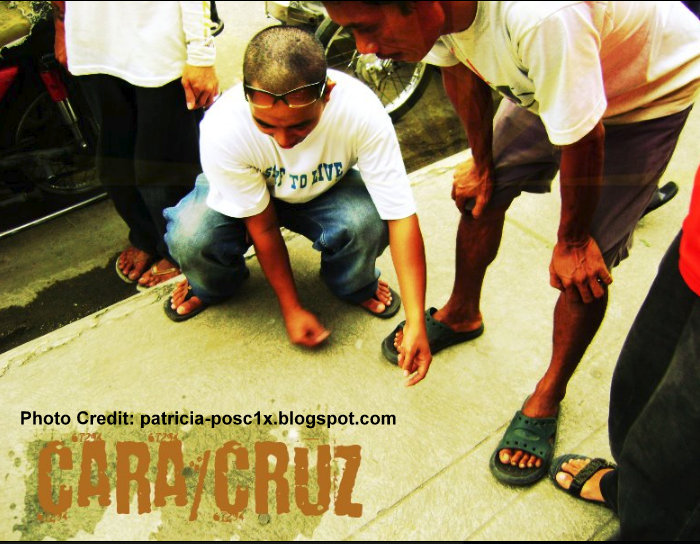 The quartet is now resting comfortably in Police Station 1’s lockup facility. The scofflaws face charges of illegal gambling. The Panay News released their names. I’m not. Why embarrass them further?

“Tumbo” is a Visayan term which has a Spanish origin. It means “tumble” or “fall.” In this game of chance three coins of the same kind are tossed up in the air. Bets are placed on which side of the coin will appear, “heads,” (cara), or “tails,” (cruz.) Hence, cara y cruz.

Past anti-illegal “tumbo” operations led by Bacolod Police have netted police 75 pesos, $1.50 USD and a whopping 155 pesos, $3 USD. That’s according to a 2018 report from the SunStar.com.

First of all, I’m not condoning illegal activities like gambling.  However, aren’t there more serious crimes which the Bacolod police could be cracking down on, like shabu (meth) dealers?

Maybe Bacolod police are following the Rudy Giuliani model of issuing $50 tickets to jaywalkers in New York City back in the Nineties. Rudy believed in order to bring down NYC’s crime rate, all laws, no matter how minor they seemed, had to be enforced.

While Bacolod police have been busting shabu dens recently, perhaps that came as a result from President Duterte firing Bacolod’s police chief back in January. Four other Bacolod cops got the boot. He fired the Chief right in the middle of a private birthday celebration in Bacolod.

“I’d like to know if the chief of police is here. If you are here kindly stand up because you are fired as of this moment… In your involvement in drugs and making the people of Bacolod miserable, I am relieving and dismissing you from the service as of now, Senior Superintendent Francis Ebreo,” the President said in his speech during the birthday party of Leo Rey Yanson, chief executive officer of Vallacar Transport Inc. 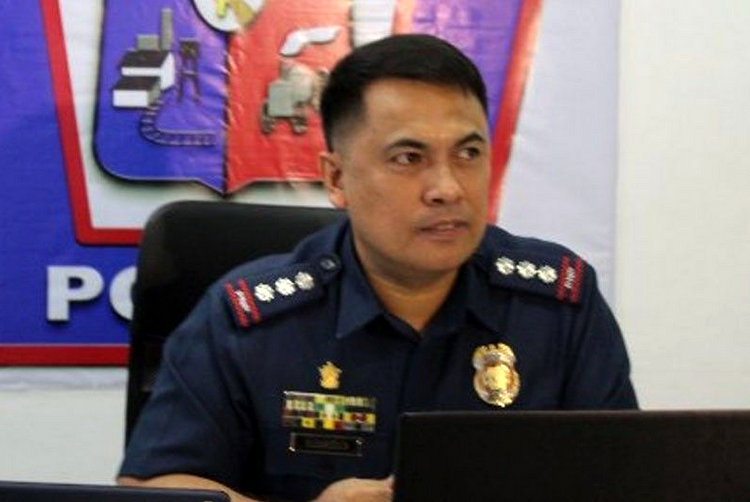 President Duterte, I love this guy. Wonder if he ever plays “tumbo” like the guys in the following video: