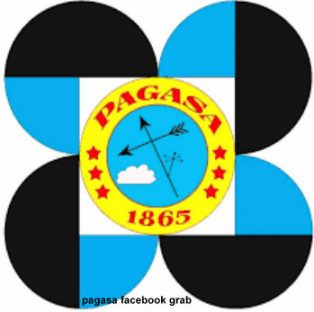 Summer is still here in the Philippines. The rainy season is not officially upon us yet. Seems like with all the welcome rain we’ve received lately, it would signal the start of the rainy season. However, the Philippine Atmospheric, Geophysical and Astronomical Sciences Administration (Pagasa) cannot declare that summer has ended. The Philippine’s rainy season still hasn’t begun.

Last year’s official rainy season began June 8. Consequently, this year’s rainy season has been delayed due to El Niño. An ITCZ, Intertropical Convergence Zone has bringing us rain in the Visayas, however.

Here’s Pagasa’s criteria for the rainy season to officially start in the Philippines:

AT LEAST ONE MILLIMETER OF RAIN ON 3 OF THOSE DAYS

How much rain is 1 millimeter?

For those readers back in the States, here’s an idea of how much rain one millimeter actually is:

Despite having lived in the Philippines for almost 10 years, I still have problems with millimeters and the conversion to inches. I’ve adjusted fairly well to kilometers vs. miles and kilos to pounds, but still wrestle with millimeters when it comes to rainfall volume.

However, Pagasa Visayas Chief Alberto Quiblat Jr. said they expect the monsoon to arrive either on the third week of June or at the end of the month.

In a report from SunStar.com, the Pagasa chief stated they have rain gauges to measure the volume of rainwater every time it rains.

As I read this little nugget, I thought it’s good to know that the official state weather service of the Philippines actually has rain gauges. That said, I would like to have some rain gauges for our own homestead.  Frankly, I don’t know why I haven’t done that yet.

Meanwhile, Quiblat advised the public to turn off their mobile phones during a lightning and thunderstorm to avoid getting struck by lightning.

“If you are talking to someone over the mobile phone during lightning and thunderstorm, you are vulnerable to being hit because cellular phones attract lightning strikes,” Quiblat said.

Safety tips from the CDC, Centers for Disease Control

Protect Yourself from Lightning Strikes

You can protect yourself from risk even if you are caught outdoors when lightning is close by.

If the weather forecast calls for thunderstorms, postpone your trip or activity.

The main lightning safety guide is the 30-30 rule. After you see lightning, start counting to 30. If you hear thunder before you reach 30, go indoors. Suspend activities for at least 30 minutes after the last clap of thunder.

If no shelter is available, crouch low, with as little of your body touching the ground as possible. Lightning causes electric currents along the top of the ground that can be deadly over 100 feet away.

Stay away from concrete floors or walls. Lightning can travel through any metal wires or bars in concrete walls or flooring.

Although you should move into a non-concrete structure if possible, being indoors does not automatically protect you from lightning. In fact, about one-third of lightning-strike injuries occur indoors.

Avoid water during a thunderstorm. Lightning can travel through plumbing.

Avoid electronic equipment of all types. Lightning can travel through electrical systems and radio and television reception systems.

Avoid corded phones. However, cordless or cellular phones are safe to use during a storm.