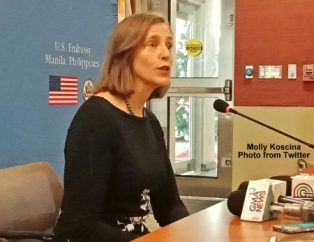 According to a report published on GMA NEWS Online, “insufficient workload” caused the US Citizenship and Immigration Services to close its office in Manila on July 5. First of all, that statement came from US embassy spokesperson Molly Koscina on Thursday.

The embassy will assume responsibility for some of the immigration services previously provided by the USCIS in Manila.

“USCIS will close the Manila Field Office on July 5, 2019, due to insufficient workload,” Koscina said.

“USCIS will transition Forms I-407 and I-130 to domestic and electronic processing, respectively. These two form types account for approximately 65% of the office’s workload,” she added.

I-407, Record of Abandonment of Lawful Permanent Resident Status

From the USCIS website: Use this form to let us know you are voluntarily abandoning your status as a lawful permanent resident (LPR) of the United States. We will update your records to show you are no longer an LPR.

I-130, Petition for Alien Relative

Again, from the USCIS website: Use this form if you are a citizen or lawful permanent resident of the United States who needs to establish their relationship to certain alien relatives who wish to immigrate to the United States.

The USCIS in Manila stopped accepting family visa applications, foreign adoptions and citizenship petitions on May 31.