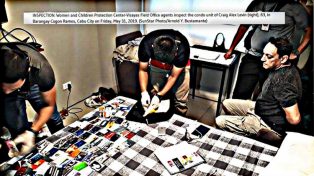 The raid began Friday May 24, 2019 at around 5:00 pm. Acting on a tip from the FBI, elements of the Agents of the Women and Children Protection Center-Visayas Field Office, WCPC, moved in. The authorities, armed with a search warrant, arrested a suspected American pedophile from Prussia, Pennsylvania, Craig Alex Levin, 63. “Depraved American ‘Pedophile’ Arrested in Cebu City,” today’s startling post.

Levin was arrested in the condominium lobby after he was seen accompanying a minor. The owner of the condo unit said the suspect had been in the condo for a week.

The unnamed landlord told police that Levin was a regular guest every time he visited Cebu City.

He earlier booked another unit of mine online, but it was occupied so I gave him this unit. He likes it here, so he is constantly here. We had no idea that he was into these activities, the owner claimed.

The suspect allegedly comes to the Philippines on a regular basis. He stays for a month before leaving for the United States again. 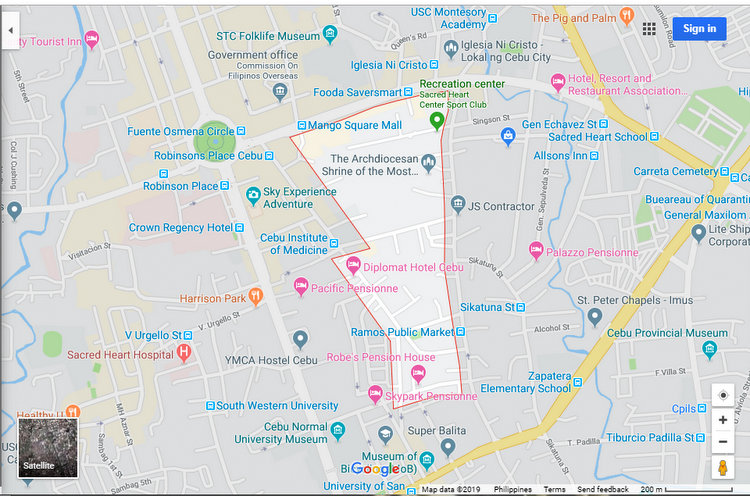 “We were able to monitor that this guy, thru referral from the FBI, that every time he comes to the Philippines, his contacts are minors,” Police Captain Niño Lawrence Ibo, Deputy Chief of the WCPC Visayas Field Unit, said.

Ibo said Levin arrived in Cebu City on May 8, 2019. Consequently, on May 20, they received a referral from the Federal Bureau of Investigation (FBI) regarding Levin’s lascivious activities.

The American is facing charges of violation of Republic Act 7610 or the Child Abuse Law and RA 10364 or the Qualified Human Trafficking Act.

Here’s a key part of the Child Abuse Law, Republic Act 7610, any foreigner visiting the Philippines and any expat needs to be fully aware of:

(b) Any person who shall keep or have in his company a minor, twelve (12) years or under or who in ten (10) years or more his junior in any public or private place, hotel, motel, beer joint, discotheque, cabaret, pension house, sauna or massage parlor, beach and/or other tourist resort or similar places shall suffer the penalty of prision mayor in its maximum period and a fine of not less than Fifty thousand pesos (P50,000.00.)

(The ONLY exception:  That this provision shall not apply to any person who is related within the fourth degree of consanguinity or affinity or any bond recognized by law, local custom and tradition or acts in the performance of a social, moral or legal duty.)

Ibo said they were able to talk to some of the victims of Levin. The women admitted to police that the suspect brought them to the condo unit. Levin then engaged them in sex and took videos of the sexual acts.

As a result, police suspected the American left the photos and videos of the young girls. This prompted them to go to court and secure a search warrant.

Inside the condo unit, authorities recovered several credit cards, condoms, and a pair of handcuffs, which the suspect allegedly used when he engaged in sexual activities with his victims.

Police also recovered children’s underwear, which according to the suspect, he would give to a friend.

Police also recovered a notebook containing the alleged names of women, with their corresponding age, and how much money he gave each of them. Levin claims he didn’t abuse any girls listed in the notebook.

There is nothing illegal here, no drugs. The clothes, that’s for my friend. I don’t know what they are doing, Levin said.