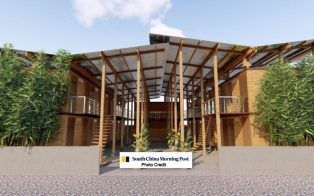 I spied an article in the South China Morning Post regarding this bamboo habitat. Earl Forlales, 23, a graduate in material science engineering, came up with the design. Forlales’ idea came from the bamboo hut his grandparents lived in outside Manila.

Forlales was awarded first prize by Britain’s Royal Institution of Chartered Surveyors (RICS) for his use of low-cost, sustainable material, and the speed at which his house – known as Cubo – could be constructed. It’s an affordable, easy-to-build modular housing solution.

The judges praised its use of bamboo – which releases 35 per cent more oxygen into the environment than trees. The ability of the houses to be constructed in any bamboo-producing area was one of the key attractions. The bamboo will be treated and laminated, meaning its lifecycle is 10 times longer than normal.

The Philippines has an abundance of bamboo. Consequently, it was used in the construction of the nipa hut we built for my father-in-law. This four-hour bamboo home is a great, low cost housing alternative for expats and locals alike. 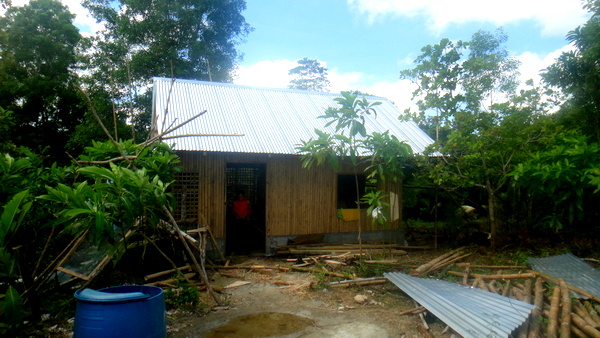 Lolo’s nipa hut while under construction