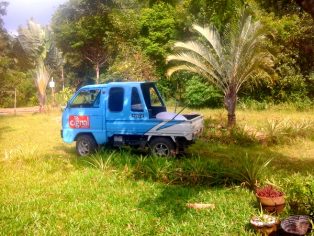 First of all, major channels such as 2nd Avenue have been replaced by absolute rubbish. RJ TV, which features an aging Filipino musician, and eGG Network, which televises online video game competitions are some of the drivel now shown on Cignal.

No heavy rains that can occasionally block the satellite signal. No brownout due to geckos disrupting our power lines. I reset the STB, Set-Top-Box and rebooted the system multiple times. After an hour of troubleshooting, I gave up believing that our Set-Top-Box was the culprit.

Our Cignal box is over three years old. It kept flashing the wrong time. Finally, it would only display a red LED light and not a green one. Green meant we had an active signal.

We opted into a postpaid plan, over four years ago which offered us more programming options than the previous prepaid plan afforded us. I can also pay our bill online with a postpaid plan.

I’ve gone without any television back in the States, one time for three years. I read the Lord of the Ring Trilogies and most of Charles Dickens’ novels. There was no Internet or video games for a single guy to pass the time with. Therefore, I spent my spare time reading, what a novel concept in today’s social media age.

The breakdown occurred on Saturday afternoon. On Sunday afternoon, I finally called Cignal’s Customer Care Center in Manila. On Cignal’s phone menu and online they were touting a new toll-free number for provincial areas.

The new number was to go into effect March 18. However, the number wasn’t still in operation by the last week of March. A rep blamed it on Globe.

Consequently, I found the old customer care number and dialed it. I explained to the Cignal rep that I had ran through all the troubleshooting options multiple times. He gave me a customer reference number and informed me a tech would come over the next day, Monday.

No Show on Monday

However, by 3:30 Monday afternoon no technician had showed up. No text message and no call from anyone. I called the Cignal Hotline again. The representative informed me that the techs had until 6:00 pm to arrive.

No one showed up on Monday. I called Cignal again. The representative apologized and advised me that they would “escalate” my request.

We stayed at home all day Monday and Tuesday with a telephone nearby.

No Show on Tuesday

Tuesday morning passed. No tech, no calls, no texts. As a result, I called the main Cignal hotline again after lunch. By this time, I had reached the boundaries of my limited patience. However, I still remained calm and was assured by another agent that my case would be escalated…again.

I asked for the number of the local specialist. No one seemed to have that number but an email would be sent to the tech.

Hours passed by. At 4:00 pm, I called the Cignal Care Center one more time. However, this time I was able to reach an employee who had contact numbers of the Cignal Office in nearby Iloilo City. Since we had purchased our digital box and postpaid plan from the Iloilo office, they would be responsible for sending out the technician.

Now keep in mind that the Cignal office in Manila had supposedly “escalated” my request two days ago. However, when I reached a Cignal employee in the Iloilo office, I was astonished to learn that no had even been scheduled to visit our home yet for a service call.

Now this was late Tuesday afternoon and Cignal Manila had supposedly sent my request on Sunday afternoon.

After informing the Iloilo agent of my account number, she exclaimed “Oh, sir, you live in Guimaras?”

“Yes, that’s what I told your main office on Sunday afternoon. They assured me a technician would be out the next day, Monday.” I explained.

“We’ll have to send someone from Guimaras,” the rep informed me.

“Really? I’ve been waiting two days for someone to come out and your office has not even contacted Guimaras to send a tech over here?” I declared in a very irritable tone.

“Not yet, sir” came the reply.

Finally, I struck pay dirt late Tuesday and found a number for Cignal Genesis in Guimaras on a Facebook page.

I sent a text message to Cignal Genesis. After a series of text messages, I finally just called them.

I reached the owner/owner, a lady who operated the Cignal franchise years ago when we first had a postpaid plan. (Nerissa Geonago, the owner, can be reached at 0999 880 1318.)  We would have to go the local Guimaras office every month to get a load to view our Cignal programming.

The owner asked if they wanted me to come out. They charged 200 pesos, four US dollars, for a satellite alignment call. I let her know that Cignal had scheduled a visit for 672 pesos, $13.44, which would show up on our bill two months later.

I said that I believed that the problem was with the digital box and not the satellite alignment. The helpful lady told me that I could bring the box in tomorrow, Wednesday, and they could check it out. I thanked her and advised her that I would do that. She had remembered me from our previous postpaid account. She even recalled the name of my asawa. I was impressed.

I immediately called the Cignal Customer Care Center in Manila and asked them to cancel my service call. I also informed them that I wasn’t too happy about their so-called escalation of my service visit and told them about the delay with the Iloilo office.

Finally, we bought our Set-Top-Box to the Guimaras office. It was defective. However, since we had purchased the postpaid plan, the Iloilo City office would replace the box for no charge. The helpful owner even offered to return the box to Iloilo City herself the next afternoon, Thursday.

We can’t leave my father-in-law unattended during the week. Therefore, we gladly accepted the owner’s offer.

On Friday morning, I received word that the box, which was picked up on Thursday afternoon, had been programmed by Manila. The new Set-Top-Box is smaller and had to be activated by the main office in Manila.

I picked up the box and installed it in a few minutes. After figuring out the controls for the new remote, we had our signal back after almost a week.

A BIG THANKS to Cignal Guimaras Genesis for their excellent customer service. They truly outdid themselves. While I’ve been unhappy with Cignal’s programming changes, I don’t have any viable alternatives at the time. Our local cable company doesn’t offer the programming that Cignal does, despite the unpopular channel changes Cignal has undergone.

However, now I can keep up with Parker and Tony Beets’ rivalry on Gold Rush. 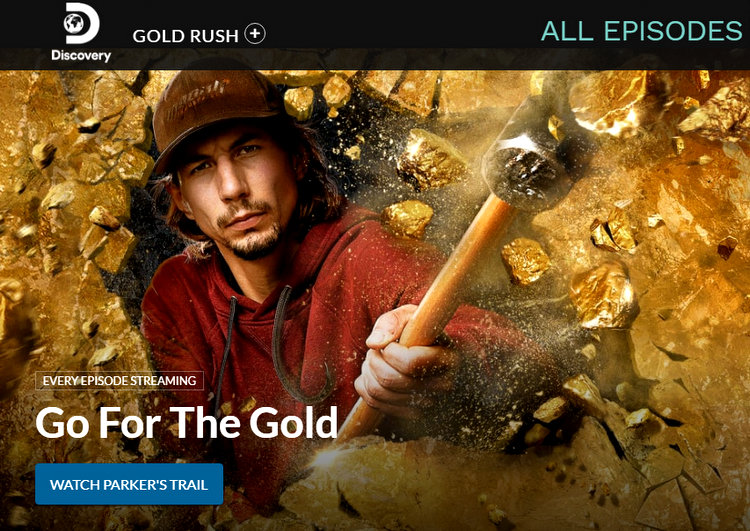