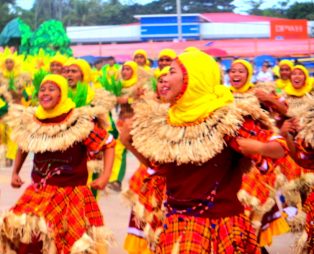 Does my personal bias cause me to promote Guimaras as a safe place to live? You bet. I retired to this island province close to ten years ago. My lovely Filipina spouse was born and raised on this rural isle. However, despite my predisposition to favor this region in the Western Visayas, I can post this article, “Guimaras, Safe Place to live in the Philippines” without any qualms.

“Mayberry RFD of the Philippines?”

While I’ve jokingly referred to Guimaras as the “Mayberry RFD of the Philippines,” it’s not without its share of major crimes. Unfortunately, during the past year, two high-profile murders were committed.

One was a poor young woman, a relative, who was sexually assaulted and murdered. Charged with the heinous crimes was her ex-boyfriend.

Furthermore, more recently, a trike driver was shot and killed on his way to a cockfight in Guimaras. The tricycle driver had been a suspect in multiple crimes in the past. According to my police sources, the motive could possibly have been revenge.

The driver’s body was removed from the crime scene before the local C.S.I. could do a thorough onsite investigation. No one has been arrested for the murder at this time.

However, the above acts of violence are not the norm for this “generally” quiet province. Because Guimaras seems to have a fiesta almost every day of the year, it’s not always the quietest place one could live. Seems like we’re isolated from a lot of the noise since we live in the country, though.

In contrast, we did live in Iloilo City for almost 18 months due to a dispute with my mother-in-law. The noise levels in Savannah Subdivision, where we resided, were far greater than what we experience in Guimaras. Though roosters were supposed to be banned in Savannah, some residents still kept them. Many a morning their incessant crowing awakened me. 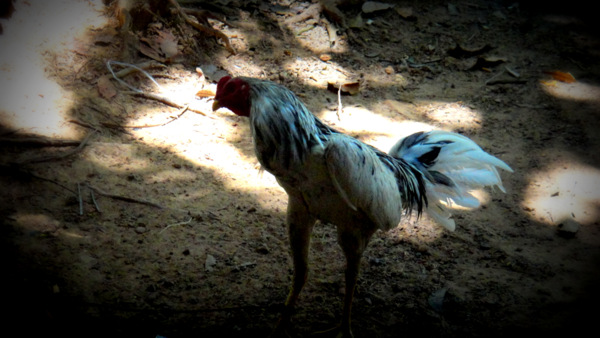 We also had an alleged drug dealer that lived across the street from us in Savannah. He carried a gun, which he used to shoot at a neighbor one evening.

Guimaras, Safe Place to live in the Philippines

Hence, we eventually moved back to the relative safety of Guimaras. We don’t have any drug dealers for neighbors that I’m aware of.

Though one of our former workers, a neighbor, was shot and killed by his own brother several years ago in a drunken rage, it’s generally peaceful around here.

No one bothers us. We have eight canines, including a Belgian Shepard, for security, along with other safety measures in place.

Consequently, while we have security bars installed on all of our windows, that isn’t unusual for our island province.

However, the more I write, the more I’m not convinced that Guimaras is all that safe. Maybe I’m having second thoughts. However, the crime rate was reported to be down by 25% a couple of years ago.

That said Guimaras is a peaceful place if you keep out of the KTV bars and don’t get too drunk in public.

Paradise? Nope. But not a bad place to live.