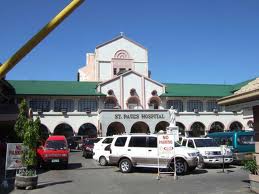 The law is likely as welcome by hospitals as a porcupine is at a nudist colony. Probably because it increased the penalties for hospitals violating the existing Republic Act 8344.

Private hospitals are a business. Like most businesses, despite the nature of its enterprise, like to operate in a profit margin.

However, as previously covered in this website, some unscrupulous hospitals had a mandatory deposit policy before they would even treat you.

Consequently, there were many cases of patients dying in private hospitals because they did not receive urgent emergency care.

Therefore, if you didn’t pay a deposit upfront, you were denied treatment. Again, I’ve personally observed this first hand in 2010 when I had a kidney stone attack.

Great Saviour’s Hospital (now Medical City) in nearby Iloilo City would not treat me unless we paid a 10,000, 200 US dollars, deposit in advance.

“It shall be unlawful for any hospital or medical clinic to request, solicit, demand or accept any deposit or any other form of advance payment as prerequisite for administering basic emergency care, for confinement or medical treatment, or to refuse to administer medical treatment and support to any patient,” part of RA 10932 reads.

Directors of hospitals or clinics responsible for implementation of policies, which violate the law, face much stiffer penalties.

Three repeated violations shall result in the revocation of the health facility’s license to operate.