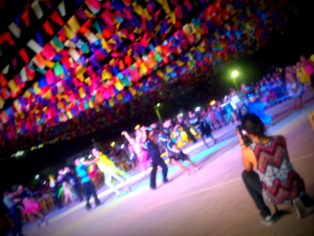 I started moving some of the eight motorcycles that had us blocked in. My asawa and niece were helping. Finally, I drew the attention of several policemen who were standing less than four meters away.

This was the most irritating part to me. Why did the police, who clearly could see the motorcycles boxing me in, do nothing to prevent them from doing so initially?

The officers could not help but notice what was transpiring directly in their line of site.
I accidentally dropped one of the bikes, it was too heavy for The Crusty Old Expat; the police started yelling at me. They came running over.

That’s when I loudly questioned the police.

“Why don’t you get the motorcycle owners instead of harassing me? They’re the ones that have blocked me in; I’m just trying to back up out of here!”

I Go Around the Police Blockade

Now at least five to six (or more) officers from the Philippine National Police, PNP, were attempting to stop me from moving the motorcycles. I had dropped two more bikes.

My wife and niece were working in tandem and had cleared several motorcycles without the bikes falling to the ground. While I didn’t deliberately manhandle any of the motorcycles, I had very little sympathy for the morons who they belonged to. 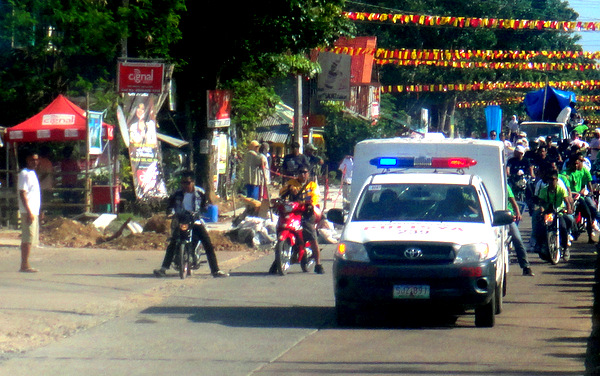 My wife and niece were now speaking to the police. I got into our truck, and squeezed my way through a space we had cleared. I then drove our Ford Ranger around a wooden barrier the police had hastily set up.

Driving out of the Manggahan Festival grounds, I parked our truck in front of the celebration on the main downtown road. Getting out of our vehicle, heading towards my wife and niece, one of the officers shouted at me:

“Why are you so arrogant?”

“Don’t call me arrogant!” I roared, “You’re the ones who did nothing while I got blocked in!”

“Don’t call him arrogant!” my wife pleaded with the cop. She knew that remark was only making me angrier.

“We’re going to impound your vehicle!” one of the policemen shouted, “If you don’t talk to us.”

(I don’t know how they would impound the truck, however. I had the keys. Furthermore, I’ve never seen a tow truck on our island province.)

Finally, cooler heads prevailed as one law enforcement official spoke to me in a calm and reasoned matter and treated me with some respect. My wife, always the peacemaker whenever I make a scene, also pleaded with me to speak with the police.

While I was still upset that I was the one being harassed, I went with the cops. The police had a substation at the festival and I sat down along with my asawa. 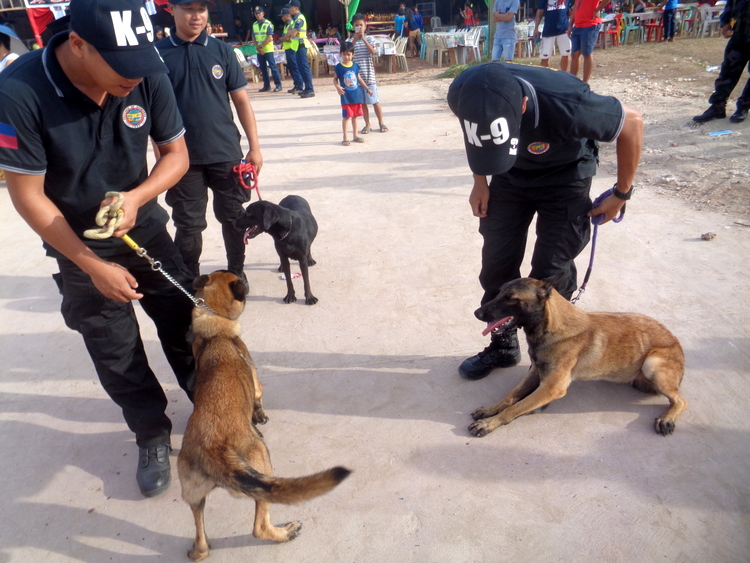 Brought to the station minutes later was a young Filipino man. He owned one of the motorcycles I had accidentally dropped. One of the handlebar grips of his bike had fallen off.

After a brief discussion that my spouse and one of the officers had, the sum of 1,000 pesos, 20 US dollars, would be accepted as compensation for damages.

I had no problem with that. While I apologized to the young man for the damages, I also pointed out that he shouldn’t be blocking in vehicles with his motorcycle.

Consequently, two or three more bikers were located, though they did not come to the substation. Damages to their bikes totaled 600 pesos, 12 US dollars. Paint scratches on their bikes. Therefore, I shelled out 1,600 pesos in total.

Again, I take responsibility for the damages. I’m not blaming the free beer offered to me by my Eastern European friend at Manggahan. This was on me. 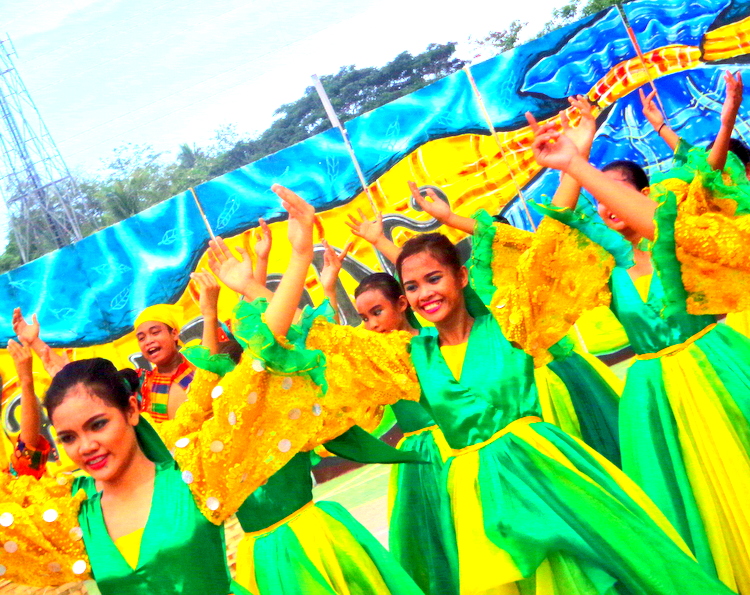 I apologized to all of the policemen involved and shook hands with the one that had called me “arrogant.”
We then went over to our Ford Ranger and headed home.

The next evening one of our nieces went to Manggahan. She informed us that the police were admonishing bikers who were attempting to block in vehicles.

They were told to move.

Finally, over the months, several expats on our island province questioned me about this skirmish. The number of motorcycles involved ranged from two to ten. Other details of the episode were also skewed. Above all, this is the official, unabridged version of the whole episode.)