The Manila Times reports on an issue that has affected The Crusty Old Expat along with thousands, if not millions, of Filipinos over the years. “Anti-hospital Law Upheld by PH Supreme Court.” While a private hospital association attempted to nullify the existing law, the Philippine Supreme Court dismissed the hospital group’s petition. The Scrooge-like healthcare syndicate was challenging the validity of the regulation.

Brother and Sisters, and those singing in the choir, let there be joy in the Philippines tonight! First of all, did you know that many, if not all private hospitals in the Philippines, would demand a deposit up front, even for emergency care!

Nay, nay, I do not make that up, O Faithful Ones. This is no fabrication, no mind addled by too much Christmas eggnog. I say to you, yea, verily, this is the truth.

No Money, No Admittance 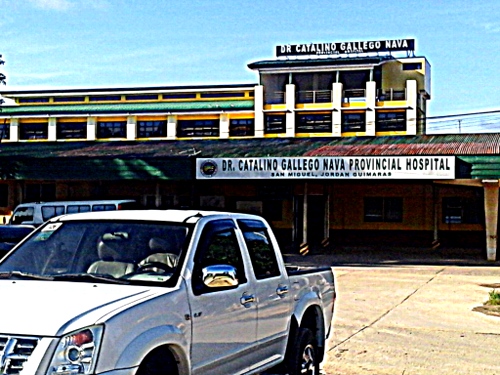 Stricken with a kidney stone attack almost nine years ago, was The Crusty Old Expat. You faithful readers from years gone by, might recall this horrifying incident. After waiting for hours in the local provincial hospital in Guimaras, I was shuttled via pump boat in the dead of night to nearby Iloilo City.

Accompanied by a Guimaras surgeon on the water craft, who later charged an outrageous 5,000 peso fee, 100 US dollars, for his services, we wound up in Great Saviour’s International Hospital.

In contrast to the actual Great Savior, Jesus Christ, the hospital would not treat me unless a 10,000 peso deposit, 200 US dollars, was plunked down first. No deposit was required by our local provincial hospital.

I didn’t have that kind of cash on me.

Nor did we have a bank account in the Philippines at that time wherein we could avail of a local ATM.

I had already used my debit card from the States to withdraw our monthly funds.

Extra funds? Nope. Eaten up by a new roof and comfort room at my wife’s home in Guimaras. PhilHealth? Hadn’t signed up for it yet. Didn’t matter. The hospital still demanded a deposit.

We were unprepared at the time.

Saved by the Relatives

As a result, however, thanks to help from some relatives, we were able to secure the cash deposit. An ultrasound revealed I had kidney stones. The next day I was released from the hospital with some medication to shrink my kidney stones.

The hospital bill? Paid in full before I could leave.

My Blue Cross/Blue Shield insurance from the States wasn’t accepted. Since that time we’ve signed up for PhilHealth. We also established an emergency fund.

The Philippine Supreme Court reached their decision on Nov. 6, 2018. Released to the media this past Thursday, however, was their decision.

The petition filed by the Private Hospitals Association of the Philippines Inc. (PHAPi) sought to nullify RA 10932.

The Supreme Court ruled that PHAPi failed to cite an actual or direct injury and to justify a personal and substantial interest in the case.

PHAPi filed the petition in 2017, soon after President Rodrigo Duterte signed RA 10932 into law in August 2017.

RA 10932 amended RA 8344, or the “Anti-Hospital Deposit Law,” by expanding the scope of emergency cases to include that of a woman giving birth.

The law also imposed the following penalties to medical officials and employees:

Finally, Brothers and Sister, let’s hear a hearty “Amen” for that.