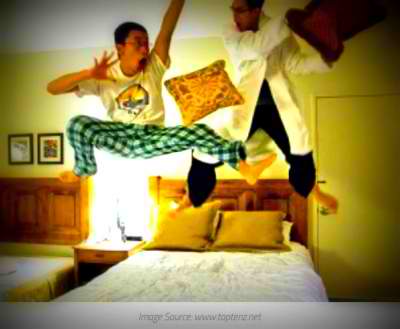 We were on a trip to Bacolod City with some friends from Guimaras, the island province we call home. One of the most unsettling incidents of our adventure occurred on a Saturday night around 1:30 am. It happened while I was asleep. Consequently, I present to you, my dear readers, the following post: “My Decidedly Dangerous Sleep Disorder.”

Where is Wonder Woman when you need her?

A hike to the sixth waterfalls at Mambukal Resort in nearby Murcia had left me exhausted. We were staying at the Mo2 Days Inn in Bacolod City. I recall a dream I was having. Someone was shooting at me and I was trying to swipe away the bullets with my hand.

However, I didn’t have any Wonder Woman magic bracelets that could deflect the bullets. 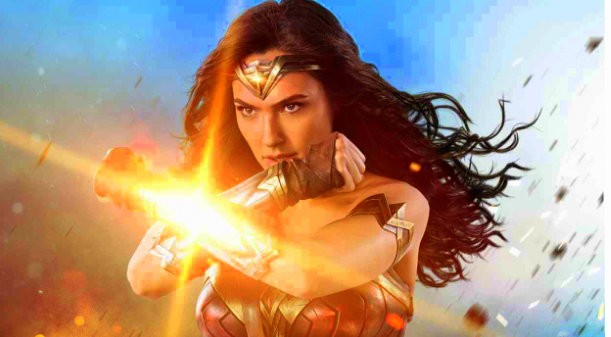 On my second attempt to swat the bullets coming towards me, I inadvertently knocked off the telephone, my reading glasses, room service menus and almost everything else on the night stand next to me.

All that remained on the end table was my Samsung Galaxy tablet.

The commotion frightened my wife and woke her up. Thankfully, I did not punch or kick her in my sleep since I was turned away from her.

In contrast, unfortunately, I have, over the course of the past 19 years of marriage, experienced other such incidents. During these violent dreams, I’ve punched or kicked my wife in my sleep numerous times.

During some of the episodes, I’ve inadvertently punched my poor wife in the face.  There’s been no pattern to these occurrences. Seems like I could go by a year or more without any punching or kicking. Sometimes they occur within days of each other.

However, when I had another disturbing dream a few days after the episode at MO2 Days Inn, I finally decided to do some research on Google.

I discovered I was afflicted with REM sleep behavior disorder, RBD. REM, rapid eye movement sleep, is associated with dreaming.

As a result, people who suffer from RBD act out their dreams. For most people, however, dreaming is purely a “mental” activity.

For most people, even when they are having vivid dreams in which they imagine they are active, their bodies are still.

However, persons with RBD lack this muscle paralysis, which permits them to act out dramatic and/or violent dreams during the REM stage of sleep.

According to the NationalSleepFoundation.org, Mark Mahowald, MD, and Carlos Schenck, MD, of the University of Minnesota, described the first series of cases of REM sleep behavior disorder in 1985.

In Principles and Practice of Sleep Medicine (W.B. Saunders Company, 2000), they outlined several case histories of people with RBD:

Drs. Mahowald and Schenck and others have found that more than 90% of RBD patients are male.

The disorder usually strikes after the age of 50.

Most RBD patients are calm and good-natured when awake. However, many of them display rhythmic movements in their legs during non-REM and slow-wave sleep.

A telephone survey of more than 4,900 individuals between the ages of 15 and 100 indicated that about two percent of those surveyed experience violent behaviors during sleep.

Mahowald and Schenck estimate that one-quarter of them were probably due to RBD, which means it may be experienced by 0.5% of the population.

Parkinson’s is a degenerative neurological disease characterized by tremors, rigidity, lack of movement or loss of spontaneous movement, and problems with walking or posture.

Other studies have found associations between RBD and other neurodegenerative diseases related to Parkinson’s.

“We don’t know why RBD and PD are linked,” says Dr. Mahowald, “but there is an obvious relationship, as about 40% of individuals who present with RBD without any signs or symptoms of PD will eventually go on to develop PD.”

Personally, my left hand has been shaking and trembling for years whenever I grasp or hold anything. Is this an early indication of Parkinson’s? Possibly.

Clonazepam, a benzodiazapine, curtails or eliminates the disorder about 90% of the time. The advantage of the medication is that people don’t usually develop a tolerance for the drug, even over a period of years.

When clonazepam doesn’t work, some antidepressants or melatonin may reduce the violent behavior.

However, it’s a good idea to make the bedroom a safe environment, removing all sharp and breakable objects.

I’ve been taking a small dosage of melatonin since my last RBD episode almost three weeks ago. Thankfully, I haven’t had any more incidents since.

Because there have been long periods of time with no RBD behavior in the past, as noted earlier, I’ll continue taking the melatonin. It helps me get to sleep faster but I’ve already developed a tolerance for it.

However, while the melatonin helps me get to sleep faster, I now wake up at 3 or 3:30 am again.

Hopefully, it will keep me from having any more episodes and spare my poor wife.