It was around noon this past Tuesday, October 30th. My asawa was navigating our Ford Ranger. An ambulance, with lights flashing, was approaching from behind. My wife pulled over as the the emergency vehicle sped past us. Little did we know at the time, however, that this was the “Guimaras Ambulance Pee Patrol.”

I wrote my first post about Filipinos peeing in public over nine years ago. Seems like every time we go into town, we see some guy peeing on the side of the road. Even more surprising are the men who pee right by a public sidewalk in broad daylight.

Maybe those guys have a pecker they’re quite proud of.

As we made our way to a good friend’s house for the fiesta, we were startled by what we saw. There, on the side of the road, was the ambulance that has just passed us up.

Two out of the three ambulance attendants were peeing on the side of the road!

That was their Guimaras ambulance pee patrol emergency!

A few minutes later, the same ambulance passed us up again. However, this time the vehicle was not using it’s emergency flashing lights. I managed to catch this photo of the vehicle. 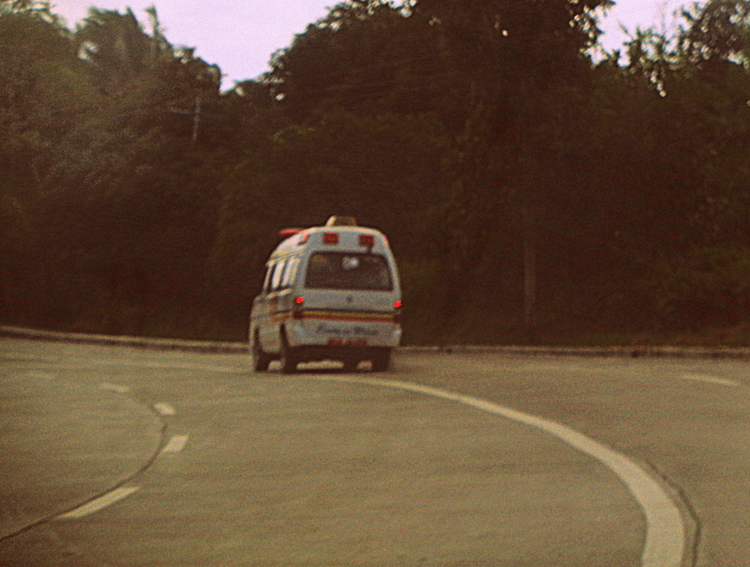 I guess the “emergency” was now over.