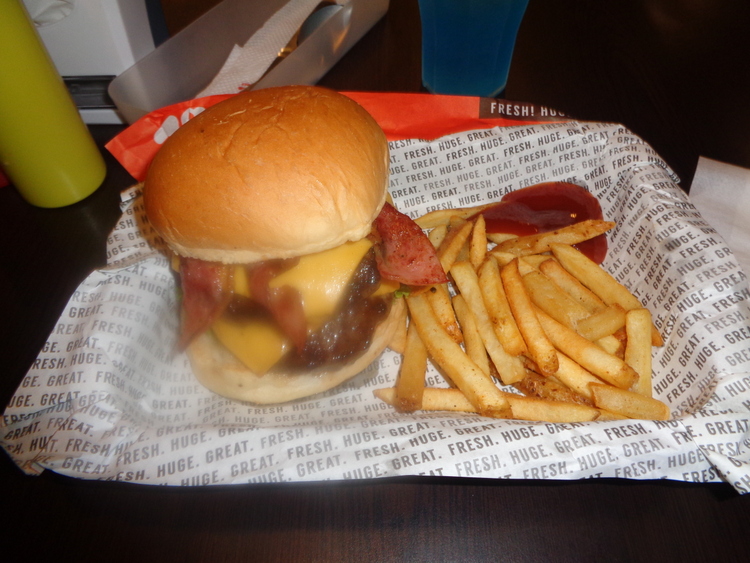 Thursday. Guimelco, our so-called “power” company in Guimaras, announced an 8-hour brown out from 8 am to 5 pm. My lovely asawa and I decided to make our monthly trek to nearby Iloilo City to do some shopping. On Thursday, we stopped at SM City and devoured a couple of awesome burgers at Zark’s.

Another Guimaras Brown Out

However, for some inexplicable, asinine reason, Guimelco announced ANOTHER power outage just two days later on Saturday. Guimelco’s Facebook page lit up like a California wildfire. Hundreds of comments poured in, with no one happy about the prospects of being powerless for another day.

Seems like it was time for another trek to Iloilo City. So we took off from Jordan Wharf in Guimaras after plunking down 15 pesos, 30¢, each for a pump boat ride.

We had chowed down at Zark’s Burgers on Thursday for lunch. We’ve visited Zark’s before on several occasions. I devoured “The Stunner” and washed it down with blue lemonade. That tasty burger is showcased in the lead photo. My spouse had the Classic American Cheeseburger and pronounced it as “very good.”

While I ate my entire double burger and fries, my asawa could only eat half of her burger and took the rest of it home for her dinner. 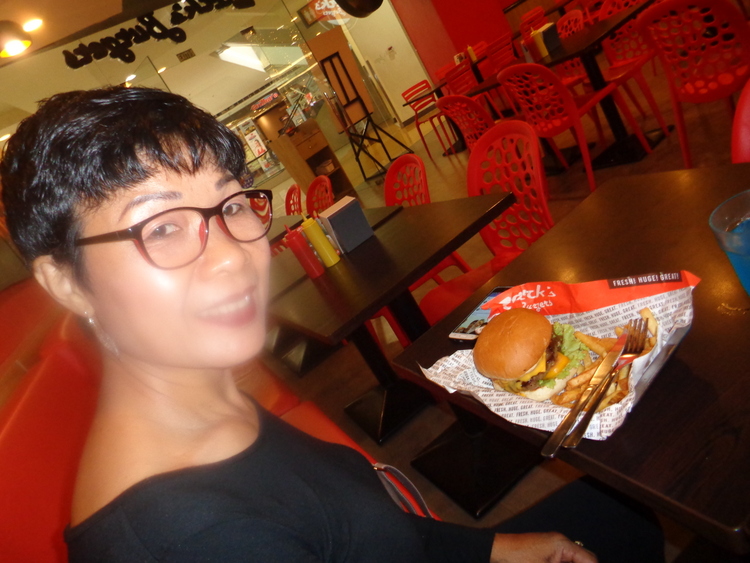 My lovely wife and her American Classic Cheeseburger

However, you will NEVER see me take home ANY leftover food no how matter how big the portion.

In contrast to Thursday’s shopping spree at SM City, we decided to check out Megaworld’s Festive Walk Mall on Saturday. While we had visited The Marketplace grocery store just two weeks, we wanted to check out the new supermarket again.

Our previous stopover at the market was during their Grand Opening. Massive multitudes of humanity had crowded the narrow aisles that day. On Saturday, the crowds had dissipated and we had no problem navigating the narrow aisles.

I’ll have more on our return to Festive Walk Mall in a future post.

It was now lunchtime. We decided to check out a new eatery that had opened up, Bigby’s.

We had never been to a Bigby’s, which was first introduced in Cagayan de Oro on December 8, 1998.  The menu board outside boasted of some baby back ribs. Because it had been a while since we had chowed down on a good rib dish, we decided to give the place a try.

However, our culinary adventure to Bigby’s that Saturday was our first and our last.

First of all, the establishment had their tables and chairs pushed too close together. Our server, Princess, first tried to direct us to a group of small tables where other diners surrounded on both sides.

Nope, this won’t work, I advised the young waitress.

We were then guided to an individual table which was wedged in between other tables packed with customers. It was extremely difficult to even pull out our chairs. The backs of our chairs practically touched the chairs of the nearby table, making for a very uncomfortable dining experience.

We ordered two solo dishes of “Rack-a-Bye Baby” ribs for 300 pesos each, six US dollars. The dish came with an order of rice and green beans with whole kernel corn.

It didn’t take long for our rib dish to appear. Evidently, they must have been prepared ahead of time and warmed up. I mistakenly thought the dish was served with mashed potatoes instead of rice and asked to see the menu.

“Princess” screwed up her face and handed me the menu. No, the dish did, indeed come with rice.

The small serving of green beans and corn were cold. The ribs were tough, grisly, and tasteless.

Absolutely one of the worst lunches I have ever eaten.

My wife couldn’t even eat her ribs, they were that bad.

The only positive note of the meal were the strawberry and raspberry lemonades for 110 pesos each, $2.20 USD.

Our bill came to over 800 pesos, 16 bucks. Save your money. Eat somewhere else. Even the nearby McDonald’s serves better chow.

Bigby’s at Iloilo’s Festive Walk Mall scores a big fat “ZERO” with us.

Zark’s Burgers at SM City in Iloilo, however, still rocks. If you’re looking for a good burger at a great value, head over to Zark’s.