First of all, The Manila Standard should receive some kind of journalistic award for reporting this story along with the bikini clad actress’s name and picture. The somewhat staid Manila Times did not reveal the pretty pinay’s name or picture.

Maybe Jimenez has a good excuse for screwing up last Saturday at De La Salle University.

Elections reviewers from the National Citizens’ Movement for Free Elections, Parish Pastoral Council for Responsible Voting, different political parties, and other stakeholders were on hand last Saturday at De La Salle. They were there for a source code review for the 2019 automated elections led by Jimenez.

(The local source code will be used for the May 2019 automated elections. Included in the source code are QR, quick response, codes that will help ensure the accuracy, security, and transparency of the polls.)

Imagine what members of the Parish Pastoral Council must have thought when a picture of buxom bikini-clad actress Jessy Mendiola flashed on the screen during Jimenez’s presentation. 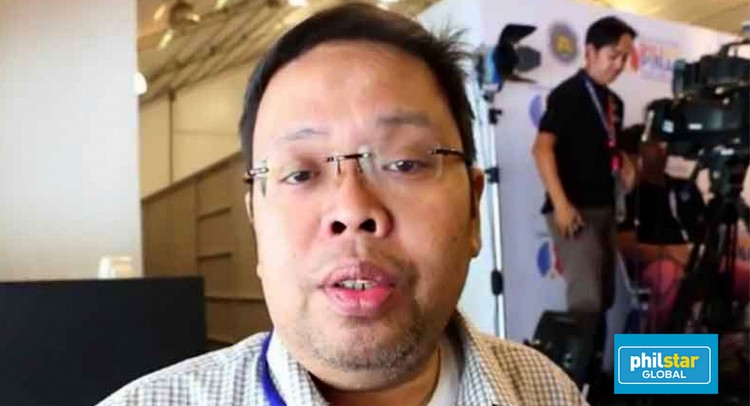 “I would like to apologize for the inappropriateness of the image,” Jimenez said.

“The image was on my computer, she was a desktop image,” he said.

“I take responsibility and I apologize. I regret it. Because of that, I resigned as a focal person for the local source code review,” he added.

However, Jimenez will remain as spokesperson and director for the planning department of the Comelec.

While I’m no computer whiz, I’m pretty sure a photo of bikini-clad actress Jessy Mendiola shouldn’t be part of a source code review.

That said, is this someone that the government really wants as a spokesperson for their election commission?