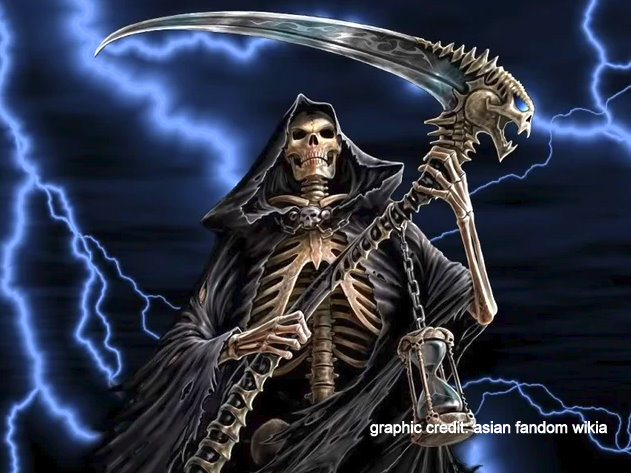 A recent report in the Panay News had me scratching my fat kano head. I wondered: “Do Motorcyclists in Guimaras have a Death Wish?” Killed on our island province of Guimaras was another helmet-less motorcyclist. The cyclist, Noel Pabroaga of Barangay New Poblacion, Buenavista, died of severe head and body injuries.

Pabroaga overtook a truck then tried to do the same to another motorcycle but lost control and hit a car that was running in the opposite direction.

The accident occurred around 10:30 am last Tuesday in Barangay Peña, Buenavista, Guimaras.

“Pabroaga did not have a driver’s license, too. Witnesses said he was driving fast,” said Senior Inspector Jefrey Ferrer, Buenavista police chief.

According to RA 10054: “All motorcycle riders, including drivers and back riders, shall at all times wear standard protective motorcycle helmets while driving, whether long or short drives, in any type of road and highway.”(Sec. 3, Id.)

RA 10054 also provides that any person caught riding a motorcycle without wearing the standard protective motorcycle helmet shall be punished with a fine of P1,500 for the first offense; P3,000 for the second offense; P5,000 for the third offense; and P10,000 plus confiscation of the driver’s license for the fourth and succeeding offenses. (Sec. 7, Id.)

Herein lies the rub: the helmet law is rarely enforced in Guimaras. My unofficial surveys I’ve conducted over the past few years has shown that less than 10% off motorcyclists wear helmets.

I haven’t seen many Philippine National Police, PNP, checkpoints in Guimaras the past few years. However, this past Friday my wife and I did notice a PNP checkpoint that was set up near Jordan Wharf in Guimaras. We saw about five PNP officers standing around but no one was manning the checkpoint and no one was being stopped at the time.

At one time, at least 86 percent of the registered vehicles in Guimaras were motorcycles/motorbikes. Motorcycles are the cheapest form of transportation on our island province. A new motorcycle only requires a small down payment.

Our brother-in-law Joery in Guimaras purchased a new Yamaha bike and had monthly payments of around 1800 pesos, 36 US dollars. The example on the following photograph depicts a Honda TMX 125 Alpha on sale at Motortrade.com in the Philippines. 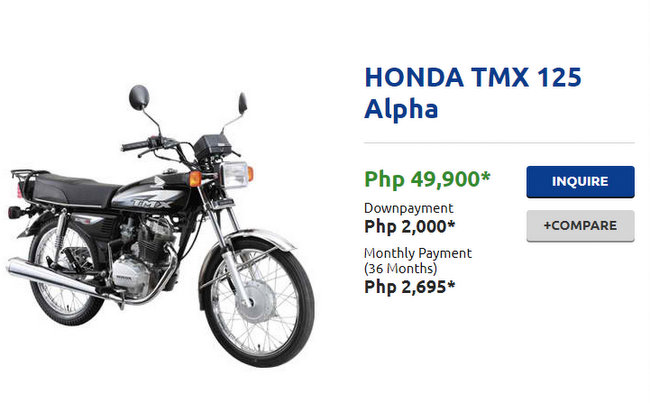 The Honda TMX sells for about a $1,000. A 2,000 peso down payment, 40 bucks, can put this beauty in your driveway next to your goats and roosters. Thirty-six monthly payments of 2,695 pesos, 54 US dollars will pay it off. With the instalment plan, you’ll be paying almost double, 1,944 USD, for the cash price of this bike.

It’s really a shame traffic enforcement doesn’t seem to be a priority on our island province of Guimaras. In addition to motorcyclists not wearing helmets, many cyclists flagrantly violate another law: small children under the age of seven riding on the bikes. Many times, I’ve seen infants less than a year old, riding on the handlebars of the motorcycles!

I harbor no illusions that anything will ever change on our tiny island province of Guimaras. Most of the foreigners I know that ride motorcycles on the island do wear helmets. In addition, please, don’t play the “poor card”; if you can’t afford to buy a helmet, you really shouldn’t be owning a motorcycle in the first place. You’re putting yourself and your passengers at risk.  Noel Pabroaga knows.