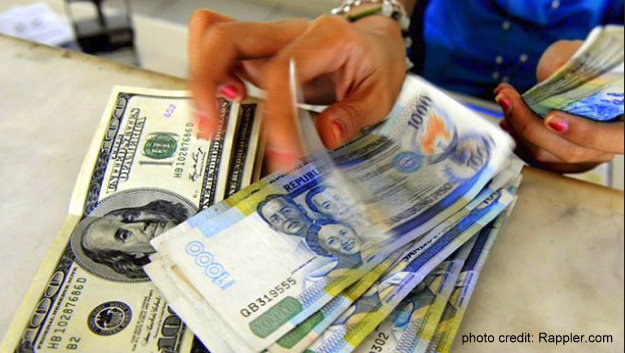 The Philippine peso is likely to remain weak throughout 2018. That’s according to a recent article in The Manila Times. The peso will remain under stress during the year. First Metro Investment Corp. (FMIC) and the University of Asia and the Pacific (UA&P) predict the Philippine peso will end the year at P52.50 versus the US dollar.

However, one financial analyst was predicting a 56 Philippine peso to 1 US dollar exchange rate by the end of 2018. Nevertheless, as an American expat living in the Philippines, I can live with the current rate. It beats the 41 to 1 drubbing we saw several years ago.

FMIC and UA&P, in the latest issue of “The Market Call,” made their peso prediction in a joint report.

The institutions state that the peso’s continuing weakness will continue “despite the weakness of the US dollar, its economic strength and country’s bulging trade deficits…”

FMIC and UA&P went on to report that the “depreciation pressure on the peso should linger for most of 2018. We project the peso to slide to P52.50 by year end.”

Their statement noted that the actual dollar-peso rate in January breached both 30-day and the 200-day moving averages, suggesting a weak currency in the near and long term.

The peso averaged at P50.51 per dollar in January, a 0.2-percent depreciation from the previous month, FMIC and UA&P noted. It showed strength at the start of the month at P49.77 but fell to P51.42, increasing the volatility measure to 0.46 from 0.21 in December.

“The peso started the year weak, putting a halt to the past two consecutive months of strength due to higher demand for dollar arising from strong investment spending, and record trade deficit in November (reported in January),” the report added.

The currency fell further in February to an 11-year low, breaching the P52:$1 level although it returned to P51.89 to the dollar last Friday on expectations that the Bangko Sentral ng Pilipinas could finally start raising interest rates.

FMIC and the UA&P noted that the dollar inflows from overseas Filipino workers normalized after the holidays.

It pointed out that despite mostly positive economic fundamentals in the US, the dollar still succumbed to losses especially with investors showing renewed interest in other markets for example, European Union, Japan, and China, among others.

I’ve also posted exchange rates from other major currencies in the following graphs courtesy of EXCHANGE-RATES.ORG.

The graphs show historical exchange rates between the Philippine Peso (PHP) and other Western currencies between 9/1/2017 and 2/28/2018. 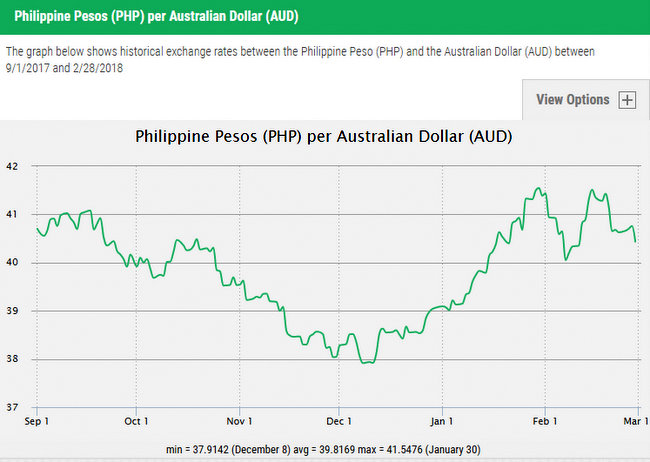 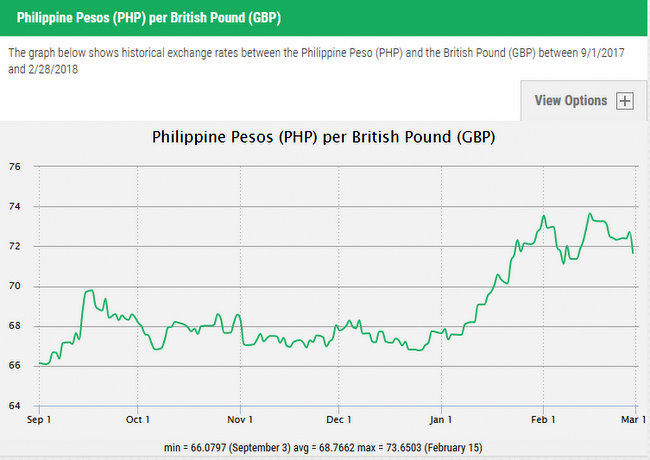 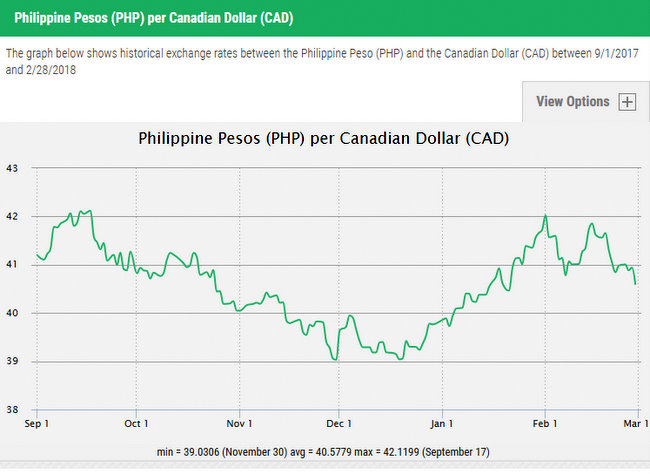 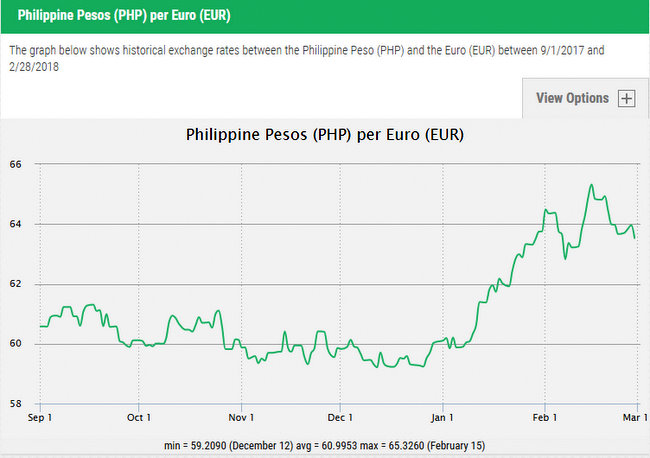 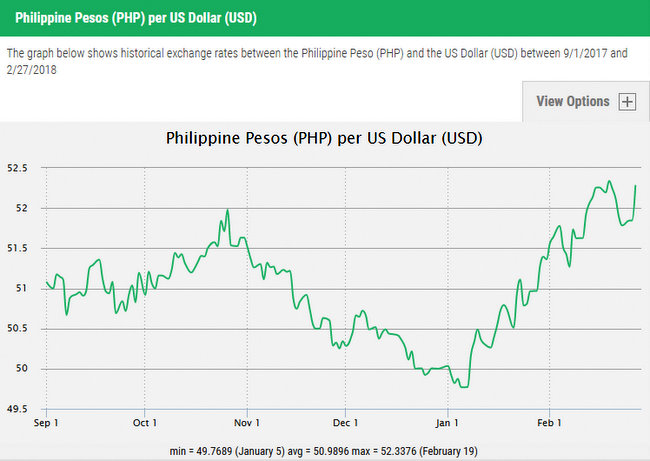