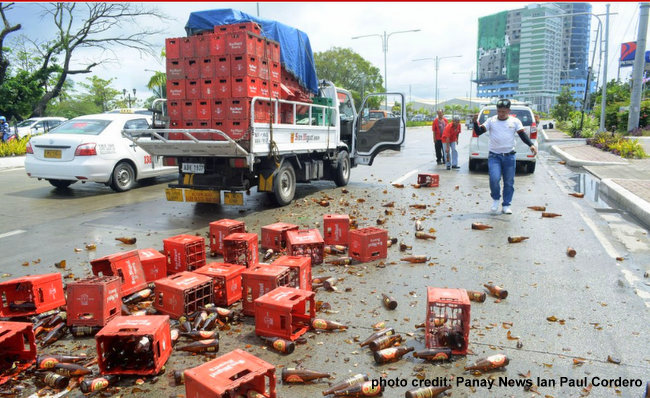 It was a catastrophe of Biblical proportions and will go down in history as the “Iloilo City Red Horse Beer Disaster.” The Panay News ran this tragic story yesterday. Over 150 bottles of Red Horse Beer fell off a delivery truck in Iloilo City. The bottles met their untimely demise on Benigno Aquino Jr. Avenue (Diversion Road) in Mandurriao district around 1:20 p.m. Thousands of beer drinkers in Iloilo were reportedly sobbing uncontrollably, however, that account cannot be confirmed at this time.

The driver said he was flabbergasted when the bottles came crashing down while he was making a U-turn.

The cases of Red Horse were well secured; at least, that’s what Baydid was led to believe.

Warlito, here’s a tip for you brother. In the future, make sure your cases of Red Horse are well secured before making any deliveries. Don’t take someone’s word for it. Get out of the truck. Look around. Tug on the ropes securing your precious cargo, and then, and only then, start your delivery.

You’ve committed the ultimate sin among beer drinkers: spilling beer. Spilling beer is the adult equivalent to losing a balloon. Not only has 7,500 pesos worth of Red Horse spilled out into the streets, you’ve given a black eye to beer truck drivers all over the world. 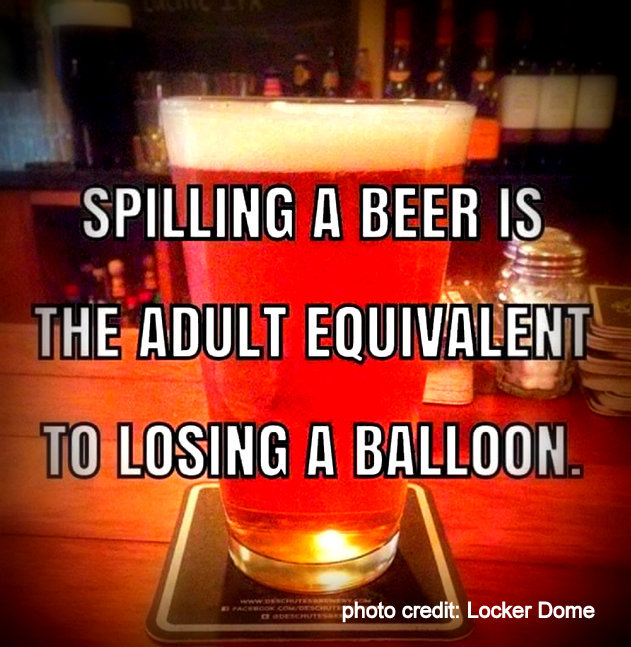 However, a truck driver back in Western Virginia might have bested the hapless Warlito in Iloilo City.

Last December, 2017, Newsweek reported that a tractor trailer driver in West Virginia accidentally spilled thousands of beer cans on the highway after the driver lost control of the vehicle and crashed into a utility pole, causing it to overturn.

The truck was carrying a 42,000-pound load and stocked with only beer cans.

No one was seriously injured in the crash. Fortunately, for the West Virginia driver, the death penalty was abolished in 1965.