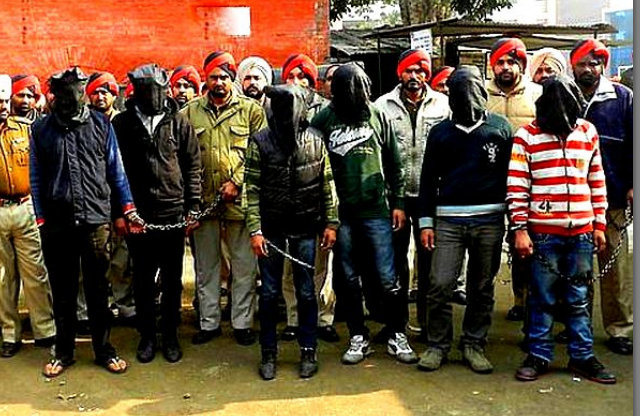 ILOILO City – The Bureau of Immigration is investigating 32 Indian nationals in Iloilo province for alleged illegal activities. Unlike so-called “Sanctuary Cities” in the States, their immigration documents will be reviewed for any criminal acts. Its an Iloilo City crackdown on illegal Indians as ordered by BI Commissioner Jaime Morente.

Eight of the 32 Indians were women and they were held at the Iloilo Police Provincial Office in Santa Barbara, Iloilo.

According to Hinolan, the bureau received information that some Indian nationals were involved in the following:

On March 8, 2017 two Indians were arrested in an entrapment operation of the Philippine Drug Enforcement Agency (PDEA) Region 6.

They allegedly tried to bribe PDEA agents into releasing a compatriot nabbed in an antidrug operation.

Amandeep was arrested for possessing 10 grams of shabu.

Hinolan said Amandeep faces deportation for being an overstaying alien.

Since 2011, Amandeep did not have a record of departure.

On the other hand, immigration records showed Joginder had been blacklisted by the Bureau and that his visa already expired.

Me? I have a 13a Permanent Visa like many of my expat friends on the island who are in the Philippines legally. I make my Annual Report as a Foreigner every year at the local Immigration Office in Iloilo. Why screw up a good thing and risk getting kicked out of the country?

[Editor’s Note: Lead photo with Indians in handcuffs was NOT taken at the Iloilo City Bureau of Immigration.]