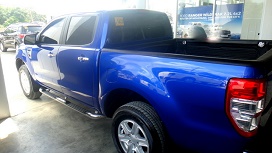 Our Ford Ranger truck’s registration was coming up for renewal. Upon the advice of a British friend I sent a text message to the Brit’s insurance agent who handled his recent registration.Our three year insurance plan was coming due in the middle of this month. It had been three years since we had purchased our vehicle.

Fear and Loathing in San Miguel

Since I absolutely loathe visiting any government office, I was informed that the UK bloke’s representative could handle everything. This would spare my better half and I a visit to the LTO, Land Transportation Office, in San Miguel, Guimaras.

Making my life easier for my wife and I is my primary goal in life. However, since our former domestic helper, our niece, has gone back to her home in Manila, my asawa’s already demanding workload has greatly increased.

We have contacted fellow expats living in Guimaras, the island province we call home, but hiring good, dependable help is a challenging task for many of us. Many potential employees work overseas where they can earn a considerable better wage.

While I had already fumbled through my wife’s mobile phone keyboard and sent a message to the Brit’s agent, I still hadn’t received a reply from her. Let’s call her “NicNic” since many Filipinos have a propensity for repeating their nicknames.

Case in point. Three of our nieces and nephew on the island have nicknames of “DenDen,” “ToteTote,” and “CheChe.” We even occasionally shop on nearby Panay Island in “Iloilo City.”

However, two days after I sent my text message, I picked up my wife’s Samsung Galaxy J3 and noticed three unread text memos.

One message was from one of our traveling fish mongers whom my asawa occasionally buys fish off from. Two messages, however, were from the insurance agent and were sent around 6:00 and 8:00 am that morning.

The agent was waiting for us at the local emissions testing center, a requirement for any registration renewal, and was instructing us to bring along our C.R. and O.R. numbers.

Not to worry, O faithful reader from the Philippines, the C.R. number does not refer to the common abbreviation for “C.R.” in the archipelago, “Comfort Room.”

But since my wife was busy mopping all the floors in our house, cooking lunch, taking care of her father in the back nipa hut, feeding our dogs, and sweeping the floors our nephew had already swept, she had missed the earlier communications. 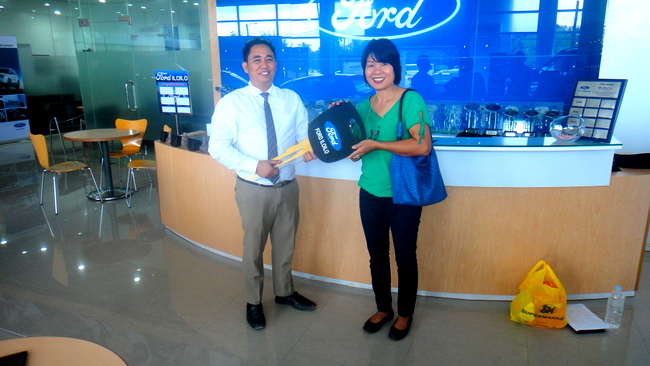 I called out to my wife (who was still mopping) and informed her that the insurance lady had replied to us eight hours earlier. Thus, I made an executive decision and called instead of texting.

It was difficult for me to hear the insurance rep due to all of the background noise at her place. “NicNic” kept asking me a question which I couldn’t understand and I finally handed the phone to my wife. After all, the registration for our truck was in my asawa’s name.

While clutching her mop with one hand, my better half shot me “the look” and took the phone from me.

Soon my wife is informing me that the agent was asking for our license plate number. When my spouse gave it to her, “NicNic” said since our number ended in “five” our registration had already expired last March.

“What in the world is she talking about?” I asked.