“Free Super-Fast Internet Coming to Philippines.” What have you been smoking, dude? Is this more “fake news” being perpetrated by Facebook? 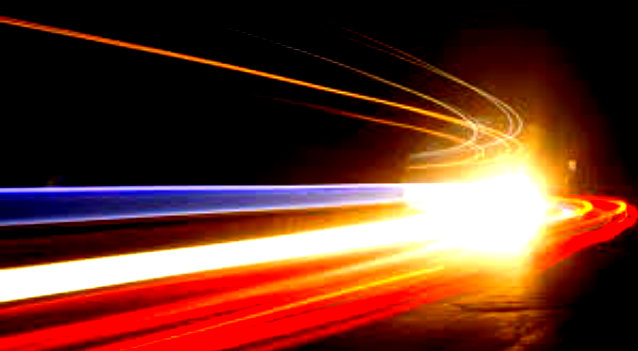 Am I to believe a recent article in the Manila Standard which claims Internet speeds faster than The Flash will soon be the norm in the PH?

Yeah, right, and pigs can fly and politicians don’t lie.

But wait, Pilgrims, there’s a government project called the Luzon Bypass Infrastructure, LBI, in the works. Once the LBI scheme is completed, government agencies and offices all the way down to your barangay secretary will have ultra-fast, super-duper fast Internet.

In a social medial post, Department of Information and Communications Technology, DICT, officer-in-charge Eliseo Rio Jr. claims this will all happen once the Luzon Bypass Infrastructure, LBI, project is completed. The project is scheduled to be completed around the third quarter of 2019.

Faster, cheaper more accessible Internet, seen as a “game changer” by Rio will increase the government’s capacity from 2TBps (TeraBytes Per Second) to at least 12TBps.

“TeraBytes Per Second”? What the heck is that? I can’t even get my SD Memory Card to show up in my Samsung Tablet let alone fathom what a “Tera Byte” is.

Rio says this LBI project will increase the speed in a short period of time and at no additional cost to the government.

“DICT will use part of this bandwidth capacity for all its internet connectivity programs like the Domestic Wideband Information Network [DWIN] where all government agencies and offices down to the barangays will be connected to very fast and free internet access,” Rio said in his social media post.

Project will connect Luzon to U.S. and Asian Internet Hubs.

The new infrastructure, which will cost the government an initial P975 million and a P100-million yearly maintenance cost, will bypass the Luzon Strait where submarine cable breaks frequently occur because that area is prone to earthquakes and typhoons.

This will also directly connect Luzon to internet hubs in the United States and Asia, once completed.

The DICT, Bases Conversion and Development Authority, BCDA, and Facebook have already penned an agreement to build the government’s first landing stations under the project.

Social networking site Facebook will be the first user of the LBI, Rio said, allowing Facebook to bypass the Luzon Strait and remunerate the government at least 2,000,000 MBps or 2TBps international cable link capacity, 25 percent of which will go to BCDA.

The new infrastructure will also be used in compliance with RA 10929 or the “Free Internet Access in Public Places Act,” where DICT plans to install more than 250,000 Wifi Access Points nationwide in provincial and municipal capitol and parks, government schools and SUC, hospitals, bus and train stations, airports and piers, Rio added.

The Philippines has taken the global lead in at least one measure: time spent on social media. According to a report by social media management platform Hootsuite and United Kingdom-based We Are Social Ltd.:

Filipinos spend an average of 4 hours and 17 minutes per day on social media sites such as Facebook, Snapchat and Twitter.

The data were based on active monthly user data from social media companies as recent as Jan. 2017.

No wonder Facebook is getting involved in this Luzon project.
(Source: Inquirer.net)