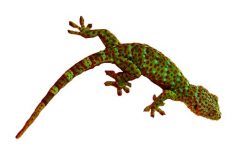 “Update: No more Brownouts in Guimaras?” Can pigs fly? Guess I’ll find out. Another report, this time from The Daily Guardian, answers some questions about an earlier article I posted from the Panay News. Guimelco, our local “power” company on our island province is securing a 100 million peso loan to improve facilities and services in Guimaras.

“Update: No more Brownouts in Guimaras?” Who is paying for this?

In my previous post, I posed the question as to whether or not Guimaras consumers were going to be absorbing the cost of this loan. I sent an email to Guimelco’s so-called Consumer Welfare Desk and asked it about the cost issue.

Three days later and still no reply. I’m not surprised. I’ve sent emails to Guimelco’s Consumer Welfare Desk before and never received an answer. Thankfully, in the Daily Guardian report, Vice Governor John Edward Gando told reporters that the loan will be part of the power coop’s Capital Expenditures and will not be passed on to consumers.

GUIMARAS Governor Samuel T. Gumarin said the loan will be used in the rehabilitation of Guimelco’s dilapidated power lines, which are as old as the electric cooperative itself.

“They used to reason that the causes of brownouts/blackouts were geckos and other reptiles; and later reasoned it was the trees along their power lines. But later on, they admitted that it is actually their decades-old facility, which can no longer support the increasing load,” Gumarin explained.

Gumarin said the rehab of Guimelco lines is set to start in 2018 and will be completed before the Manggahan Festival in that year.

But Guimelco’s efforts to improve its services should not stop with the rehabilitation of its facilities.

“The problem doesn’t stop there (old power lines.) They have to transform the personnel and the organization into transparent, honest, and sincere (organization) that will serve the province of Guimaras,” Gumarin said.

Amen to that, Governor. Enough of blaming geckos and overgrown bamboo, Guimelco. “Honest and sincerce” would be two qualities that our local utility certainly needs to improve on. 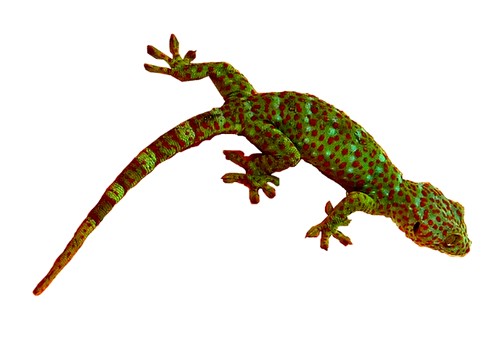 And while Guimelco is at it, how about improving your customer service at the cashier’s windows at the main office? It’s not uncommon for customers having to wait an hour our more to pay their monthly utility bill. Many times, people will hand their bills to one person and that person will go to the window paying three of four or more bills at the same time, jamming up the line. The cashier’s do nothing about it.

And how about a way to pay our Guimelco  bill online?

Wouldn’t that be a novel concept for the year 2017?

The decades-old facility affects the capacity of Guimelco to meet the demand not only of its consumers but that of the province’s investors as well.

Since its incorporation in June 29, 1979, it was only this year when Guimelco was converted into a full-fledged cooperative under the Cooperative Development Authority (CDA).

The conversion into a consumers’ coop was prompted by pressures from the Provincial Government, especially the Sangguniang Panlalawigan led by Vice Governor John Edward Gando.

A BIG THANKS to Governor Gumarin, the SP and Vice Governor John Edward Gando for taking this issue head-on and forcing Guimelco to actually start making some long-overdue changes.

Gumarin said the rehabilitation of Guimelco’s facilities are timely as demand for power in the province is expected to increase as more investors express interest in investing in the island, which is being groomed as the region’s agri-eco tourism capital.

“Our power supply is not enough,” he said.

Meanwhile, he lauded the decrease in Guimelco charges, saying it will help attract more investors to the island-province.

“Our generation rate or charges for the amount of electricity that a consumer actually uses under Guimaras Electric Cooperative has decreased over the last three years,” said Gumarin.

Gumarin said the average charges for power generation dropped to P5.13 per kilowatt hour (kWh) in January to October 2017, from the average rate of P7.77 kWh in 2014.

“For our common household, the effective rate per kWh usage of the residential electric consumers in the island-province has likewise decreased over the last three years from an average of almost P14 kWh to P11 kWh this year,” said Gumarin.

The governor attributed the drop in charges to the cooperation of the distribution utility and its power suppliers, through the intervention of the SP.

He said the SP passed a resolution asking Phinma Energy Corporation, formerly Trans-Asia Oil and Energy Development Corp, “for the refund of the amount representing the capacity fee of more or less P48 million to the Guimeleco consumers and to cease and desist from further collecting capacity fee.”

Guimeleco draws power from Green Core Geothermal, Inc. (GCGI) for base load, Wholesale Electricity Spot Market, and Trans-Asia’s embedded power plant which it constructed pursuant to the terms and conditions under the ESA.

GCGI provides the base load supply while the peak load is supplied by Trans-Asia.